Paracas is a desert peninsula located within the province of Pisco, in the Ica Region, on the southern coast of Peru. It is here that the Peruvian archaeologist Julio C. Tello made one of the most mysterious discoveries in 1928. During the excavations, Tello discovered a complex and sophisticated cemetery in the gravelly soil of the Paracas desert.

In the enigmatic tombs, Tello discovered a series of controversial human remains that would forever change how we look at our ancestors and our origins. The bodies in the graves had some of the giant elongated skulls ever discovered on the planet, called the Paracas skulls. The Peruvian archaeologist discovered more than 300 mysterious skulls believed to be at least 3,000 years old.

As if the shape of the skulls wasn’t mysterious enough, a recent DNA analysis performed on some of the heads presents some of the most enigmatic and incredible results that challenge everything we know about the human evolutionary tree and origin.

The Mystery Behind The Paracas Skulls 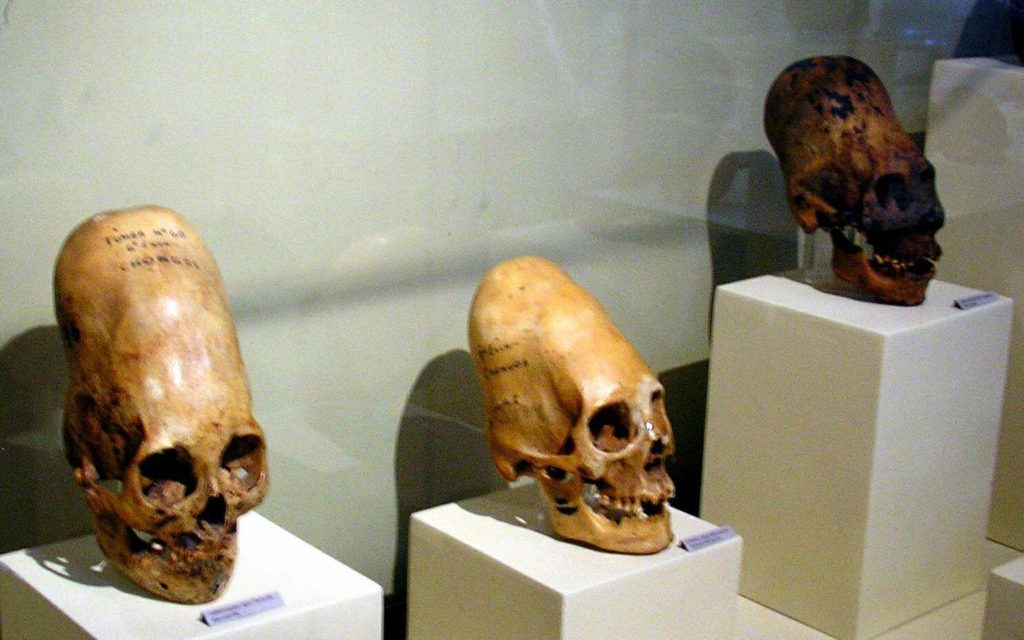 Deformation of The Skull: An Ancient Religious Practice
While various cultures worldwide performed skull deformation (elongation) practices, the techniques used were different, meaning that the results were not the same either. There are certain South American tribes who ‘tied the skulls of babies’ to change their shape, resulting in a drastically elongated skull shape. By applying constant pressure over a long period using ancient tools, the tribes managed to perform cranial deformations that are also found in ancient cultures in Africa.

However, while this type of cranial deformation changed the shape of the skull, it did not alter cranial size, weight, or volume, all of which are characteristic features of regular human skulls.

These strange features have added to the mystery for decades, as researchers still have no idea who these individuals with such elongated skulls once were.

Later Tests Made The Paracas Skulls More Enigmatic
The Paracas Museum of History director sent five samples of Paracas skulls for genetic testing, and the results were fascinating. Samples consisting of hair, teeth, skin, and some fragments of skull bones gave incredible details that have fuelled the mystery surrounding these anomalous skulls. The genetic laboratory where the samples were sent was not previously informed of the origin of the heads to avoid ‘influencing the results.’

Interestingly, mitochondrial DNA, inherited from the mother, showed mutations that were unknown to any man, primate, or animal found on Earth. The mutations present in the Paracas skull samples suggest that the researchers dealt with an entirely new ‘human,’ very different from Homo sapiens, Neanderthals, and Denisovans. Similar results were found from the tests conducted on Star Child Skull discovered around 1930 in a mine tunnel about 100 miles southwest of Chihuahua, Mexico.

The people in the Paracas skulls were reportedly so biologically different than it would have been impossible for humans to interbreed with them. “I’m not sure this fits into the known evolutionary tree,” wrote the geneticist.

Who were these mysterious beings? Did they evolve separately on Earth? What caused them to have such drastic differences from ordinary human beings? And is it possible that these beings did not come from the Earth? These possibilities are theories that cannot be nullified, given current evidence. All we know so far is that many things are beyond the understanding of researchers, historians, and scientists. It is possible that, after all, the question of whether we are alone in the universe can be answered thanks to the Paracas skulls. 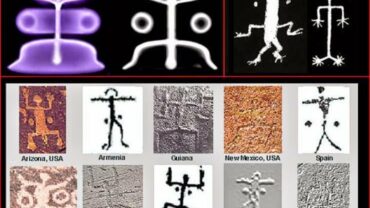