There is a prevalent idea that our historical understanding is defective, and that we have a fundamental misunderstanding of how historical events happened. The problem of strange archaeological anomalies and “impossible fossils,” which are fossilized remains preserved in an exceedingly old stone that have no reason to be there, is one of the most common expressions of this.

Various types of similar discoveries have previously been reported; however, one that has gotten little notice is the discovery of a complete human skeleton in a tens of millions of year old rock that is thought to be that of a female human being.

In 1810, the English navy invaded the French Caribbean island of Guadeloupe, capturing a huge amount of treasure and shipping it back to England. Among numerous seized items , there was a large slab of stone saved by the French featured the uncommon feature of a human skeleton encased within the rock, which had been removed from a one mile slab on the north-eastern coast. 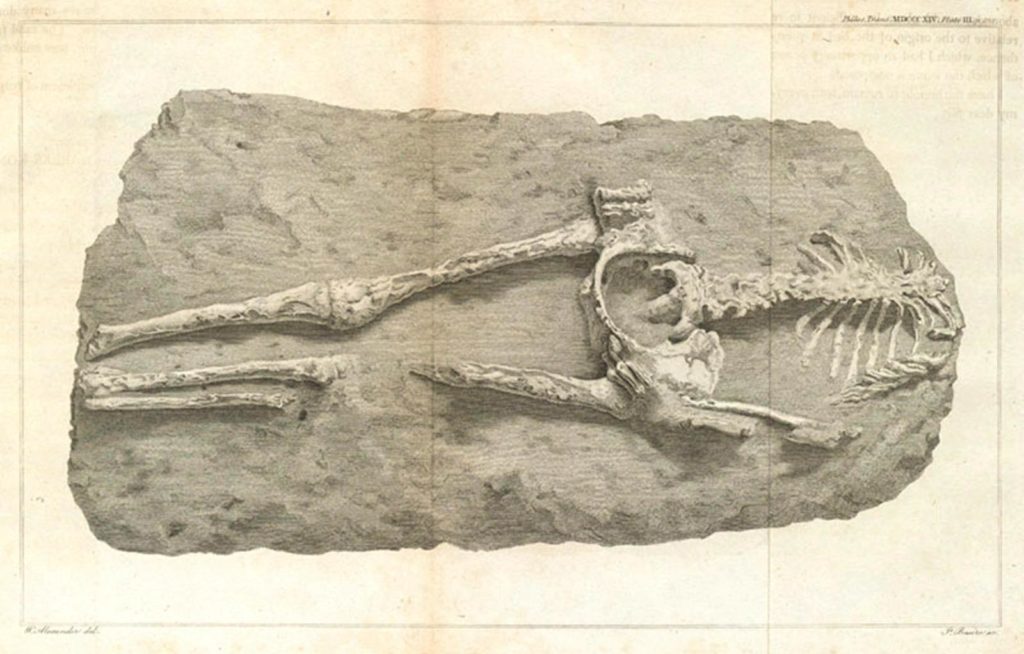 In fact, the remains were nearly complete, only the head and feet were missing. They appeared to belong to a modern woman, who would have been about 5.2 feet tall in real life.

There were some issues regarding how this skeleton got into what was characterized as hard, impenetrable rock from the Miocene epoch, roughly 25 million years ago, a time period during which many of you may already be aware that there were no contemporary humans on the earth. And so the weird and disputed story of the “Guadeloupe Woman” would begin.

The governor of the island, Admiral Sir Alexander Forrester Inglis Cochrane, moved the mysterious skeleton and its surrounding stone tombs to the British Museum in 1813 for further examination. Researchers found that the skeleton belonged to a modern woman and the bones themselves had not been fossilized.

The stone was also revealed to be a type of sandstone with an unknown age; however, the stone surrounding it was considered to be so old that creationists recognized it as proof of the Biblical Genesis Flood in the late nineteenth century. 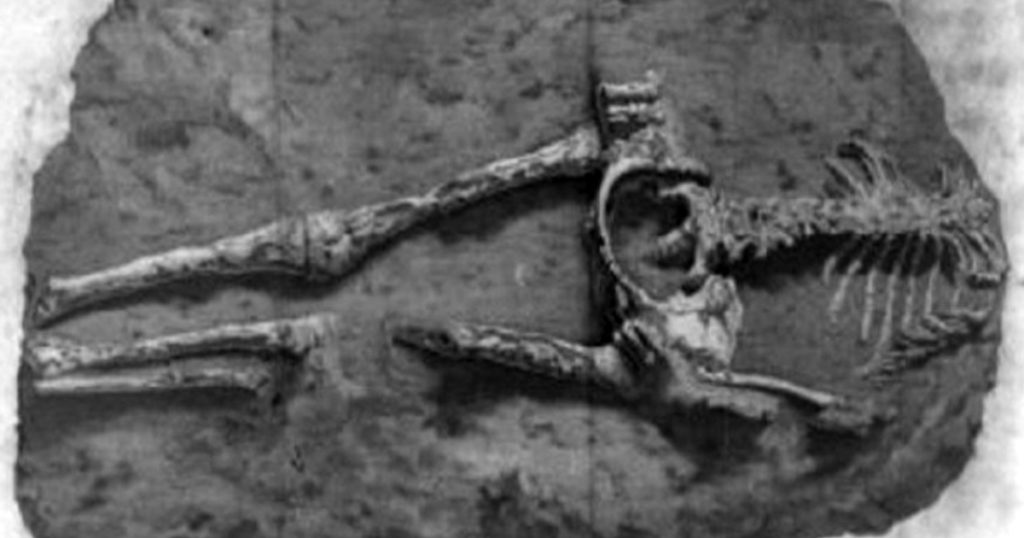 The strange skeleton was displayed in the museum as an anomaly until it was moved to the Natural History Museum in 1881, where it remained on display, inspiring awe and wonder in visitors, especially when Darwin’s Theory of Evolution become popular and it was perceived by some to be in direct opposition to Darwin’s ideas. The Guadeloupe Woman was on exhibit until 1967, when it was transferred to the museum’s storerooms, where it continues to stir up controversy to this day.

The skeleton is obviously important to creationists, as it is commonly claimed as evidence that the world is younger than evolution says, and in this case, the skeleton had been considered as evidence of the biblical deluge of Noah’s Ark fame.

How might old limestone from the Miocene Era become polluted with modern human remains if it wasn’t for modern humans? Of course, the creators love this kind of tool because it gives them the opportunity to capture some evidence that humans did, in fact, live alongside dinosaurs.

Additionally, there are wild beliefs that this is proof of time travel, with these explorers unwittingly leaving behind evidence of their journey while travelling through the depths of ancient history and prehistory, and that ancient aliens are responsible for such discoveries.

Some creationists have even speculated that the museum intentionally removed the skeleton from the exhibit to hide the truth and promote their evolutionist agenda, which has spawned conspiracy theories in several quarters.

While it’s fascinating to believe that our natural history has been so spectacularly misunderstood up to this point, most of it looks to be hoaxed evidence or misinterpretation of natural processes, and much has been done in the past to invalidate creationist conclusions. 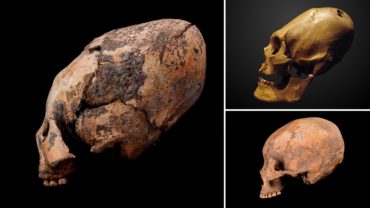