In the mid-’90s, in the vicinity of the city of Kyshtym, a mysterious creature appeared, the origin of which still cannot be explained by any of its manifold versions. There are several blank spots in this story. The events have already been overgrown with numerous rumors and speculation. Some eyewitnesses to the strange phenomenon refuse to give interviews. The stories of others are frank inventions. It all started with one curious document of an unseen yet real baby called “Alyoshenka.” 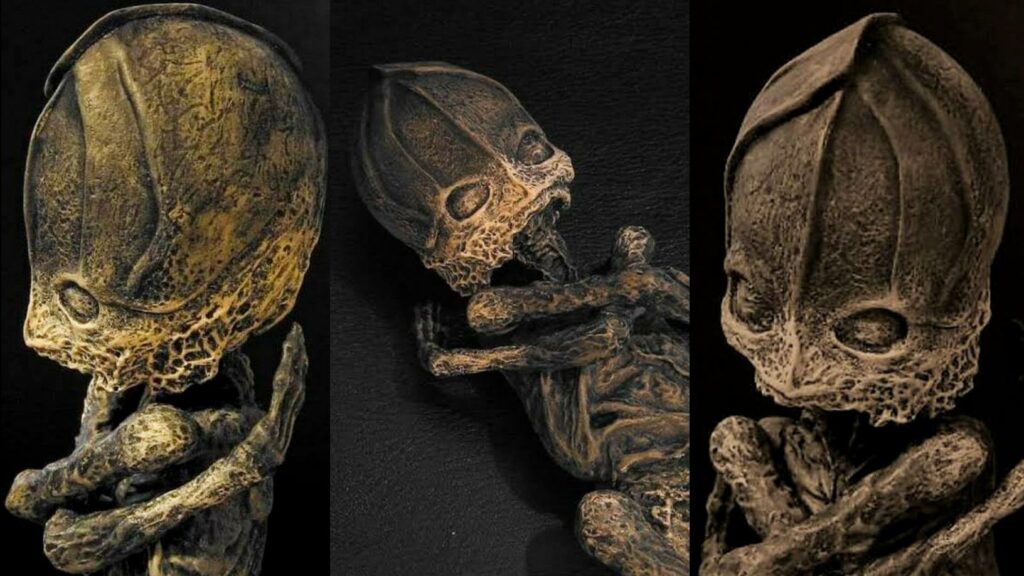 The strange story of Alyoshenka 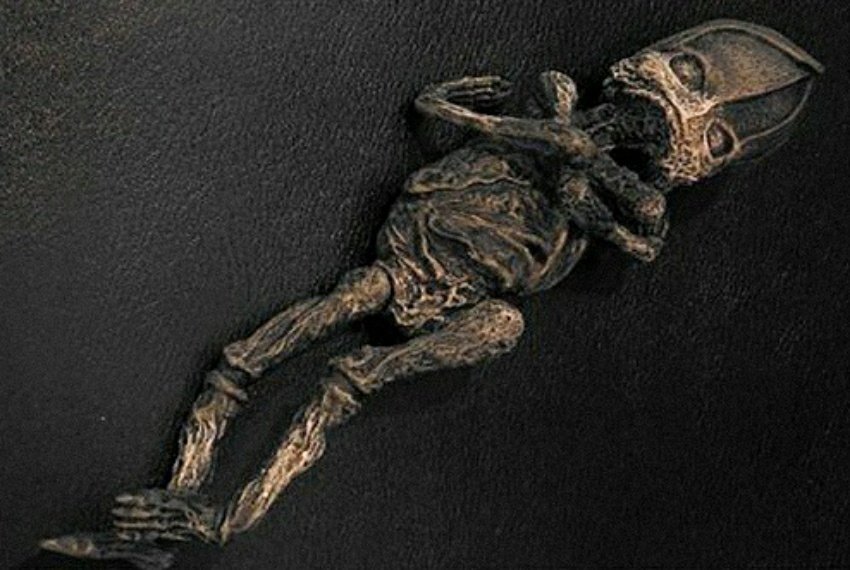 One day in the summer of 1996, Tamara Prosvirina, 74 years old, living in the village of Kalinovo, in Kyshtym district of the Chelyabinsk region (1,764 km east of Moscow) found “Alyoshenka” in a pile of sand on the night when there was a strong thunderstorm.

That day, the small Ural region city of Kyshtym witnessed the bizarre scene: Prosvirina was walking down the street with something covered in a blanket and was talking to it. Bringing her to find a home, the old retired woman began to consider “Alyoshenka” her son and kept him swaddled in. 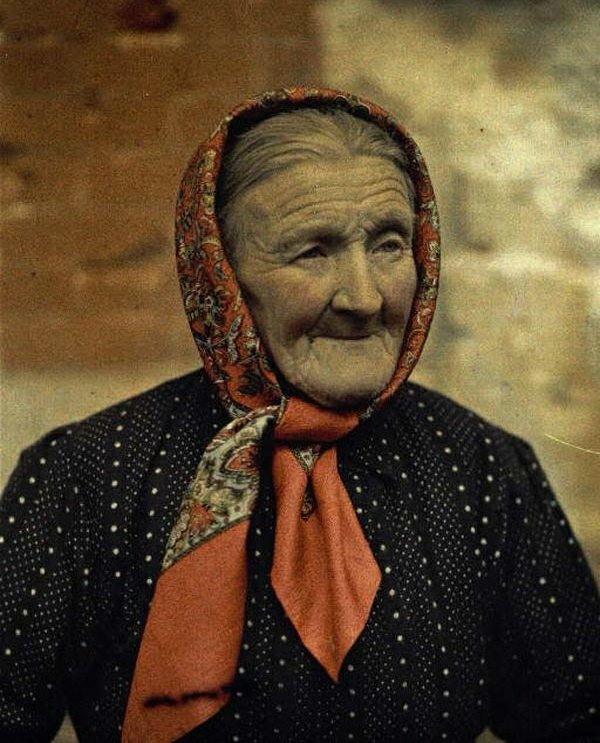 “She was telling us ― ‘It’s my baby, Alyoshenka [short for Alexey]!’ but never showed it,” the locals recalled. “Prosvirina had a son named Alexey, but he was grown-up, and in 1996 he was doing time for theft. So, we decided that the woman had gone nuts ― talking to a toy, thinking of it as her son.”

Indeed, Prosvirina had mental issues ― several months later, she was sent to a clinic to treat schizophrenia. However, the thing in a blanket was no toy but a living creature that she had found in the woods near a well.

Those who saw Alyoshenka described it as a 20-25-centimeter-tall humanoid. “Brown body, no hair, big protruding eyes, moving its tiny lips, making squeaky sounds…” according to Tamara Naumova, Prosvirina’s friend who had seen Alyoshenka in her apartment, and who later told Komsomolskaya Pravda, “His onion-shape didn’t look human at all.” 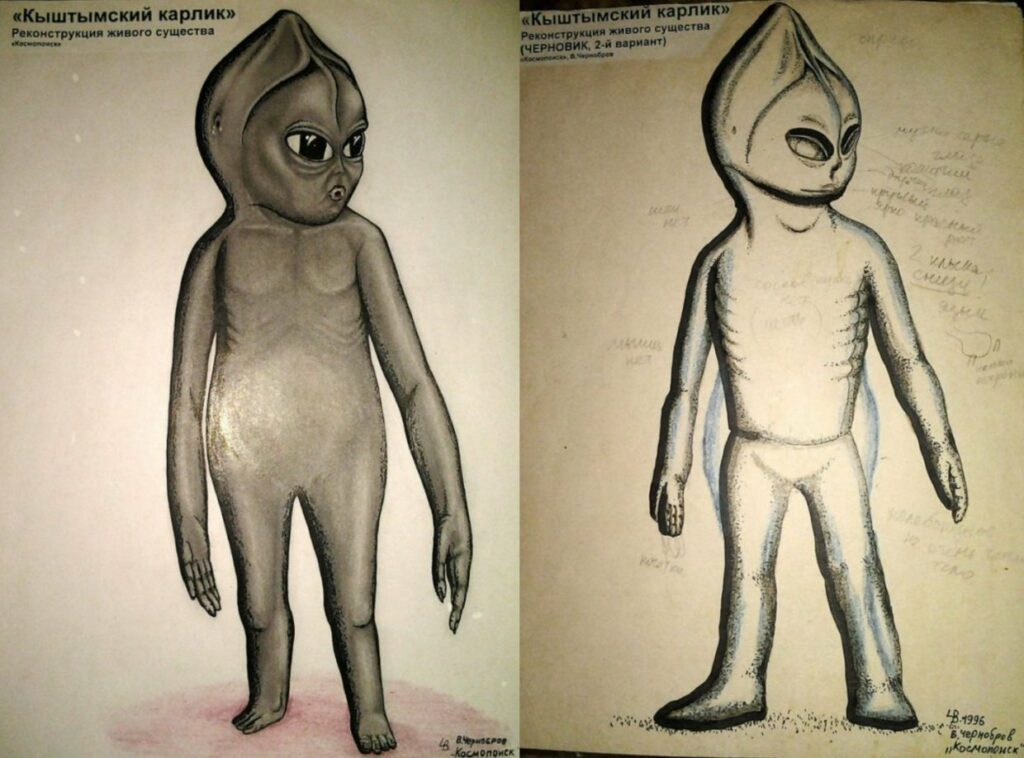 “His mouth was red and round. He was looking at us…” said another witness, Prosvirnina’s daughter-in-law. The woman was feeding the strange ‘baby’ with cottage cheese and condensed milk. “He looked sad. I felt pain while looking at him,” the daughter-in-law recalled.

Accounts by the locals differ. For instance, Vyacheslav Nagovsky mentioned that the dwarf was “hairy” and had “blue eyes.” Nina Glazyrina, Prosvirina’s other friend, stated: “He was standing near the bed, with big eyes,” and also mentioned hair. Others say the humanoid was hairless.

The only thing these people agreed on was that Alyoshenka “looked like a real alien.” On the other hand, testimonies of people like Nagovsky and Glazyrina are dubious: both were drunkards (as well as most other Prosvirina’s friends) and later died of alcoholism.

Journalist Andrey Loshak, who made the film “The Kyshtym Dwarf,” quoted the locals, “Perhaps Alyoshenka was a [extraterrestrial] humanoid, but in this case, he made a mistake landing in Kyshtym.” Sounds about accurate: the city with a population of 37,000 is not exactly paradise. Even not taking into account local alcoholics.

In 1957, Kyshtym faced the first nuclear disaster in Soviet history. Plutonium exploded at Mayak, a nearby secret atomic power station, throwing the 160-ton concrete lid into the air. It is the third-most severe nuclear accident in history, behind Fukushima in 2011 and Chernobyl in 1986. The region and atmosphere were seriously polluted.

“Sometimes fishermen catch fish with no eyes or fins,” Loshak said. So, the theory that Alyoshenka was a human mutant deformed by radiation was also a popular explanation.

One day, the inevitable happened. Prosvirina’s neighbors called the hospital, and doctors took her away. She protested and wanted to stay with Alyoshenka because, without her, he would die. “But how could I believe the words of a woman with acute schizophrenia?” the local paramedic shrugged.

Indeed, the Kyshtym dwarf died with no one to feed him. When asked why she didn’t visit Alyoshenka or call anyone, Prosvirina’s friend Naumova answers: “Well, goddammit, aren’t you freaking geniuses? I wasn’t in the village back then!” When she came back, the tiny creature had already died. The most-likely insane Prosvirina was the only one to cry for him.

With Prosvirina gone, a friend found the body and made some mummy: “washed it with spirit and dried it,” wrote a local newspaper. Later, the man was arrested for stealing cable and showed the body to the police.

“Vladimir Bendlin was the first person who tried to make sense of this story while being sober,” Loshak says. A local police officer, Bendlin, confiscated Alyoshenka’s body from the thief. His boss, however, showed no interest in the case and ordered him to “give up this nonsense.”

But Bendlin, whom Komsomolskaya Pravda ironically called “Fox Mulder from the Urals,” started his investigation, keeping Alyoshenka in his fridge. “Don’t even ask what my wife told me about it,” he said grimly.

Bendlin failed to confirm or refute his extraterrestrial origins. A local pathologist said he wasn’t human, while a gynecologist claimed that it was just a child with terrible deformations.

Then Bendlin made a mistake ― he handed the dwarf’s body over to ufologists who took it away and never gave it back. After that, Alyoshenka’s traces became completely lost ― with journalists searching for more than 20 years. 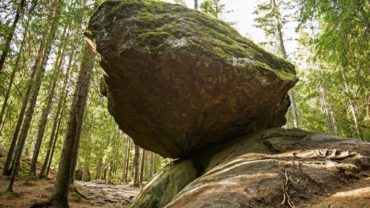