The mythology of the “metallic library” is one of the few old secrets that has drawn the attention of the world’s most famous people, including Neil Armstrong. The library, together with the lost gold, weird sculptures, and an artificial tunnel, is thought to be concealed underground in Ecuador’s rainforest. Others say it could include information from Atlanteans or representatives of unknown ancient civilizations. Erich von Däniken wrote about an encounter with an old priest in Cuenca, Ecuador, who had a fantastic collection of ancient gold artifacts in his book “The Gold of the Gods.” He also spoke with Juan Moricz, the cave’s discoverer, about visiting a cave with a “metallic library” and additional gold. 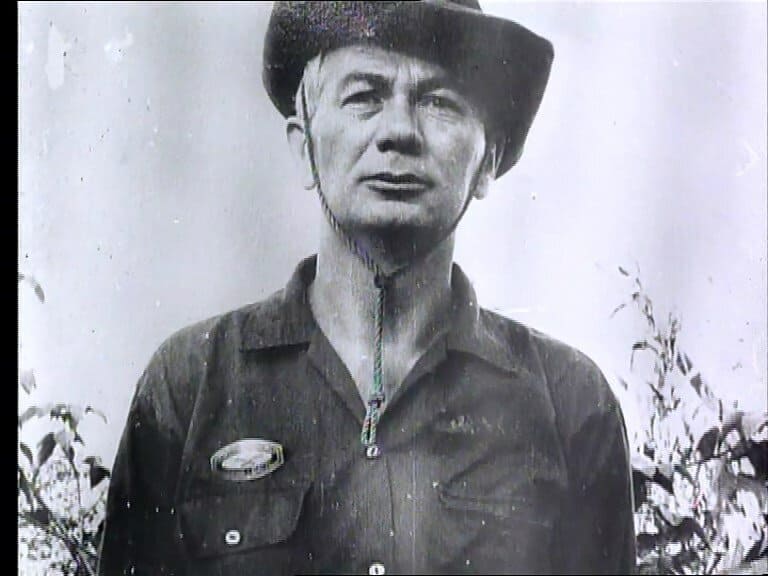 Juan Moricz found the Cueva de Los Tayos subterranean series of underground and an ancient book in 1965 with the help of local Indians. The ancient library was comprised of thousands of books composed of thin metal plates covered with weird unknown markings. The relics belonged to a long-ago and highly sophisticated society that we had never heard of. Cueva de Los Tayos lies 1.2 miles south of the Santiago River and 2,600 feet west of the Coangos River in the high rainforest.

According to Daniken, alien astronauts left this library to earthlings as a present. His book, on the other hand, was branded a fake by major authors and historians. New excursions to the Ecuadorian labyrinth were organized, but no evidence of the library was discovered.

It’s not easy to get to the most mysterious cave. The paths through the bush above the Amazon Basin are riddled with potholes and dangerous turns. It’s difficult to enter the cave without first obtaining permission from the local indigenous community known as “Shuar,” for whom the cave is sacred, after passing through the home of large black bullet ants and dreadful humid weather. In the cave, the Shuar people hold spiritual ceremonies. They’re known for shamanic and violent Amazonian tribes that won’t hesitate to slay their foes. 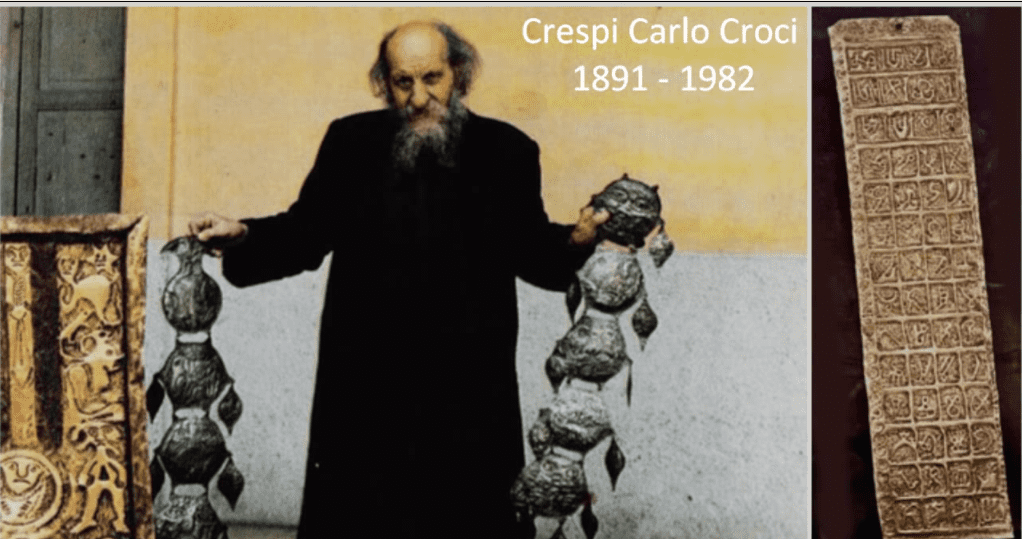 Father Carlo Crespi is a strange and contentious account of an Ecuadorian priest encompassing assertions of unknown ancient civilizations, strange golden artifacts, an underground cave system with a metallic library, depictions of strange figures connecting America to Sumeria, symbols depicting an unknown language, evidence of alien space contact, and a Vatican conspiracy involving millions of missing artifacts. In 1923, he arrived in Ecuador. In 1927, he assisted in the production of a documentary about the Shears, as well as the first excursion to the Los Tayos cave. He got gold and other valuable metals, including such scepters, helmets, plates, and discs, from the Shuar community in exchange for his hospitality and voluntary assistance.

The symbols shown on the metallic relics had nothing to do with the Shears, which was strange. Crespi claimed that the old hieroglyphs carved on metal held the secret of antediluvian humanity’s archaic language. Unfortunately, his collection was lost in a church fire in 1962, but what was left piqued the scientist’s interest. Some of the artifacts resembled those from other ancient societies. Some statuettes and bas-reliefs unmistakably resembled ancient Egyptian and Sumerian artifacts.

Such tales enticed adventurers to travel to South America’s most remote location. Stan Hall, a Scottish engineer, led the first expedition to Tayos in Ecuador in 1976. He was escorted by more than a hundred people. British and Ecuadorian government leaders, notable academics and speleologists, British special forces, professional cavers, and astronaut Neil Armstrong, who acted as the expedition’s Honorary President, were among the participants. It was one of the largest missions organized by the government’s top officials. 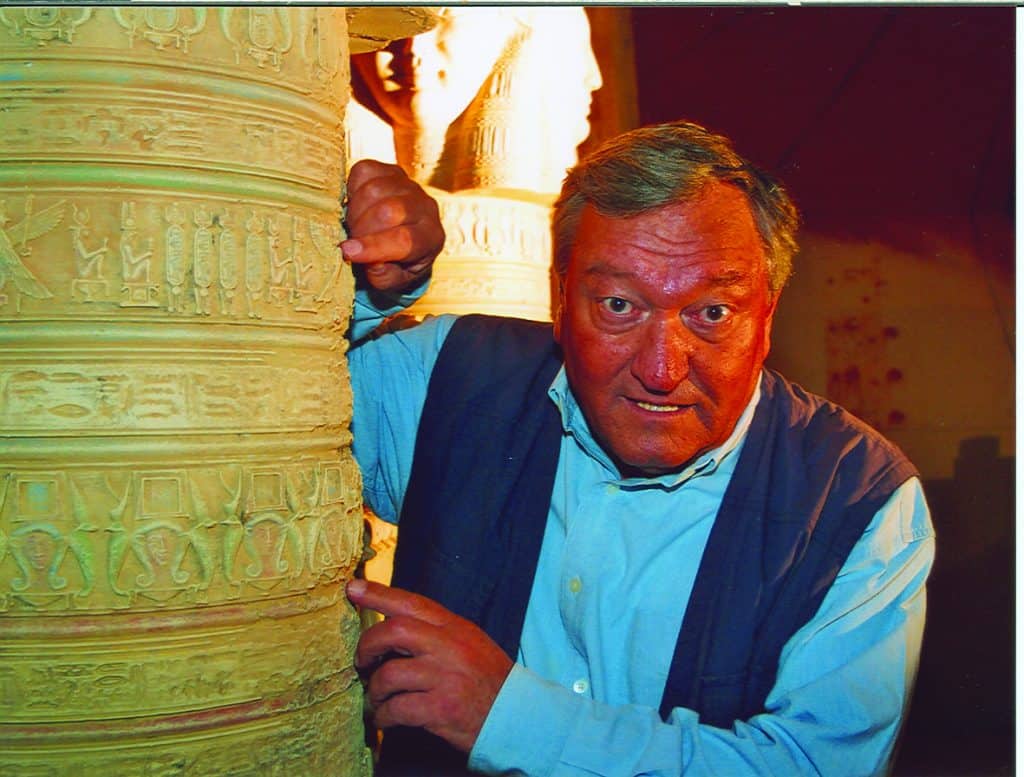 During the excursion, they discovered a 1500 BC burial ground as well as stone passages that appeared to have been created intentionally. At the cave, researchers conducted the study, scientists studied the area, and archaeological discoveries were made. However, no gold was discovered, and there was no trace of an advanced civilization or a metallic library.

Moricz revealed only items from the underground room and a portion of the entrance to it to Daniken, but he kept the location of the Metallic Library a secret. He died in February 1991, 15 years later. And Hall went on the hunt for the man who had alerted Moritz about the metal school’s whereabouts.

“Hall only had a name—Petronio Jaramillo—and that was it…” In September 1991, he finally tracked him down and the two met. Jaramillo recalled that he first visited the library when he was 17 years old, in 1946. His uncle took him around the area. He had a friendly relationship with the Shuar who lived nearby. In gratitude for the generosity and goodness he had shown the tribe, they even asked him to view a secret.

After that, Jaramillo re-entered the system at least once more. On that visit, he witnessed a library made up of thousands of enormous, metal books placed on shelves, each weighing around 20 kilos and bearing ideographs, geometrical patterns, and written messages on one side.

The second library was made up of small, hard, smooth, translucent (what appeared to be crystal) tablets grooved with perpendicular encrusted grooves, which were arranged on slanting shelves of trestled units coated in gold leaf. There were zoomorphic and human statues (some on hefty column plinths), metal bars of various shapes, and sealed “doors”—possibly tombs—covered in tinted, semi-precious stone mixes.” 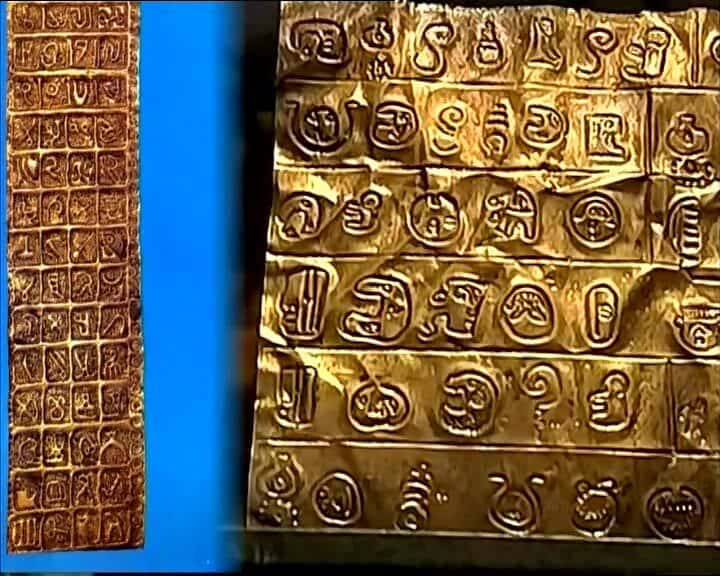 “There was a big coffin made of hard, translucent material with a gold-leafed skeleton of a large human figure inside.” In a nutshell, a magnificent treasure, concealed as if in anticipation of some impending tragedy.”

“Solely on a single occasion, Jaramillo attempted to study seven books from the shelf, but they were too heavy for him to carry. He never provided any physical evidence to back up his assertions, which could explain why he preferred to remain anonymous.”

Hall did inquire as to why he had never taken a photograph before. It wouldn’t prove anything, he said. Jaramillo claimed, however, that he had placed his initials in the seven books so that if the library was ever discovered, it could be proven that he had entered it.

Archaeologists have discovered several remnants of newly unknown ancient societies in Central and South America over the years. Daniken remained silent about the subject for 37 years as a result of press criticism. In 2007, he published “History Is Wrong,” a book in which he disclosed all of the documents from the historical period detailing what had occurred. Daniken is confident that the Metal Library exists, as well as undiscovered scripts. 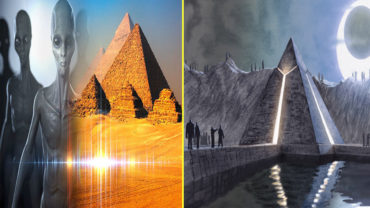