Archaeologists in Israel have unearthed the 2,100-year-old remains of a farmstead whose owners likely abandoned it in a hurry, possibly to avoid an impending military invasion.

“We were very lucky to discover a time-capsule, frozen in time, in which the finds remained where they were left by the occupants of the site,” which is near Israel’s northern Sea of Galilee, archaeologist Amani Abu-Hamid, who is leading the excavation for the Israel Antiquities Authority (IAA), said in a statement. The excavators discovered ancient, still-intact storage jars at the site, as well as weights for weaving looms on a shelf, suggesting that whoever lived there left them behind when they quickly departed.
“It seems that they left in haste in face of an impending danger, possibly the threat of a military attack,” Abu-Hamid said. The archaeologists don’t know who lived there, but it’s possible they were subjects of the Seleucid Empire who left to escape an invasion of the area by the forces of the Hasmonean Kingdom — an independent Jewish kingdom based in Jerusalem to the south.

“We know from the historical sources, that in this period, the Judean Hasmonean kingdom expanded into the Galilee, and it is possible that the farmstead was abandoned in the wake of these events,” Abu-Hamid said.

The team also found agricultural tools, such picks and scythes made from iron, at the site, as well as coins that have been tentatively dated to the second half of the second century B.C. 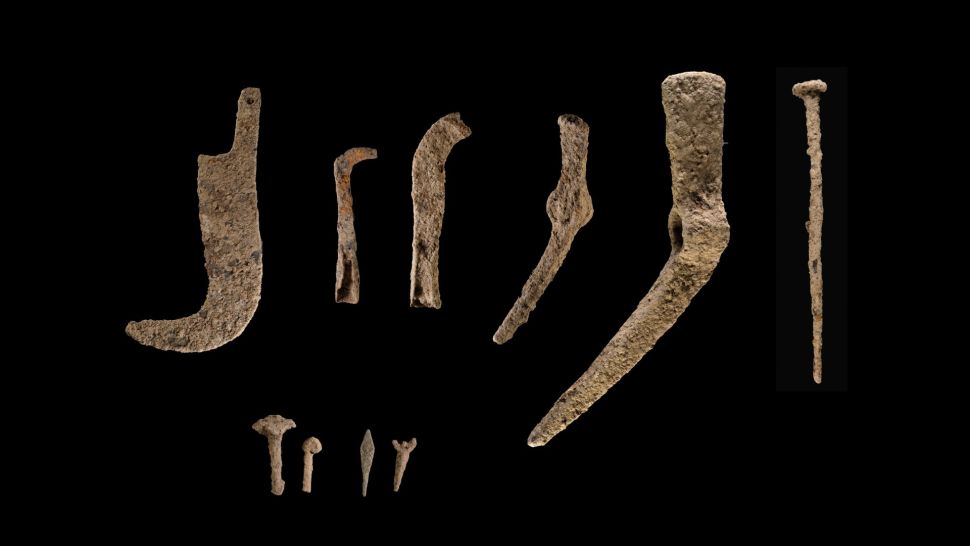 Little is known about the daily life during the Hasmonean period, and almost nothing is known about the people who lived at the farmstead, according to the IAA statement. But the large number of loom weights suggests that weaving was an important task, and so the occupants probably kept herds of sheep or goats. “More research is required to determine the identity of the inhabitants of the site,” Abu-Hamid said.

The excavations have also unearthed traces of a much earlier settlement at the site, including the foundations of buildings and pottery vessels that appear to date to the ninth and 10th centuries B.C. According to The Times of Israel(opens in new tab), the pottery items were initially dated according to their style; meanwhile, organic samples have been sent for carbon-14 dating.

Archaeologists found the ancient farmstead at a site called Horbat Assad, east of the Sea of Galilee, during investigations ahead of a planned $270 million water pipeline from the Mediterranean coast. The new pipeline is part of a desalination project that will deliver freshwater to farmland in Israel and neighboring countries. Before the rise of the Hasmonean Kingdom, the Seleucids ruled the southern Jewish kingdom of Judea as a client kingdom; many Jews had returned there from exile in Babylon, and were allowed to practice their religion — although many Hellenistic features were added to the Jewish culture of the time, according to Encyclopedia Britannica(opens in new tab).

In 168 B.C., however, the Seleucid king Antiochus IV Epiphanes took direct control of Judea after an attempted coup against him. The first century Jewish historian Josephus wrote(opens in new tab) that he killed and enslaved thousands of people during attacks on Jerusalem, seized land and other property, and forced Jews to eat pork, work on the Sabbath and stop circumcising their sons.

What seems to have been the final straw for the people of Judea is that Antiochus introduced the Greek polytheistic religion to the monotheistic Jewish Temple in Jerusalem, including a sacrificial altar to Zeus Olympios; and in 167 B.C. the Judeans revolted against the Seleucids in what came to be known as the Maccabean Revolt — so-named for an early leader, the Jewish priest Judas Maccabeus, according to Josephus; his name in Hebrew may have meant “The Hammer.”

By 134 B.C., the Maccabees had achieved independence from the Seleucids and instituted the Jewish Hasmonean kingdom throughout the region; but it fell to invading Roman forces under Gnaeus Pompeius Magnus — known as Pompey the Great in English — in 63 B.C., whereupon Herod the Great was enthroned as a Roman client-king.

The remains of the Hasmonean farmstead at Horbat Assad will now be preserved, according to the statement. 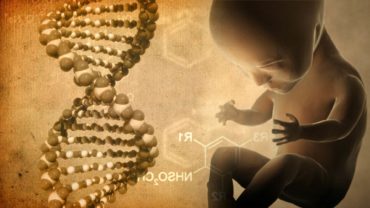