Researchers from the University of Western Australia have carried out a wide-ranging investigation over the past year, including aerial surveys carried out by helicopter, ground survey and excavation, and examination of satellite imagery. 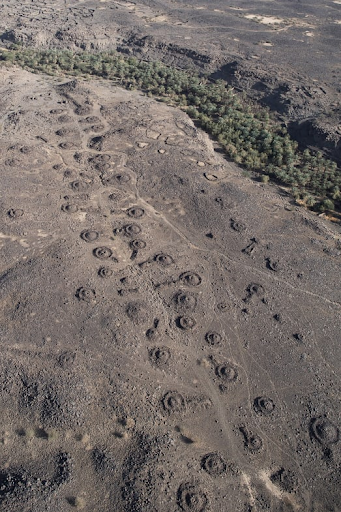 In their findings published in the journal Holocene in December, they said the “funerary avenues” spanning large distances in the northwestern Arabian counties of Al-‘Ula and Khaybar had received little examination until quite recently.

“The people who live in these areas have known about them for thousands of years,” researcher Matthew Dalton told CNN. “But I think it wasn’t known until we got satellite imagery just how widespread they are.”

Dalton said the boulevards of journeys he has seen from helicopters stretch for hundreds, “even thousands of kilometers,” and similar routes are often followed by significant routes today.

“Often, you’ll find main roads tend to follow the same routes as the avenues because they tend to be the shortest route between the two places they’re going to,” Dalton said. “And, in some cases, the tombs themselves are so dense that you can’t help but walk on the ancient route itself because the tombs sort of hem you in.” 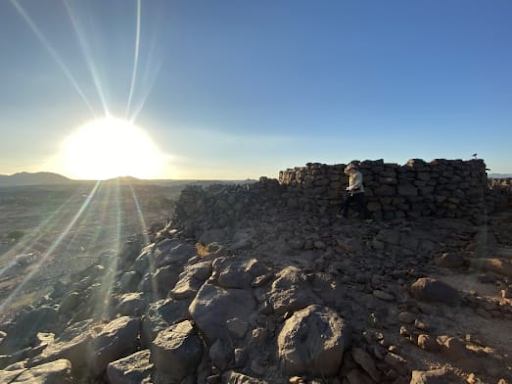 The graves themselves are mostly pendant or ring-shaped. Ring tombs include a tomb surrounded by a wall up to two meters high, while pendant tombs feature “beautiful tails.”

Using radiocarbon dating, the researchers determined a concentration of samples dated from 2600 to 2000 BC, although graves continued to be used. Until about 1,000 years ago.

Researcher Melissa Kennedy said: “These tombs are 4,500 years old, and they’re still standing to their original height, which is unheard of”. “So I think that’s what particularly marks Saudi Arabia out from the rest of the region – just the level of preservation is unbelievable.” 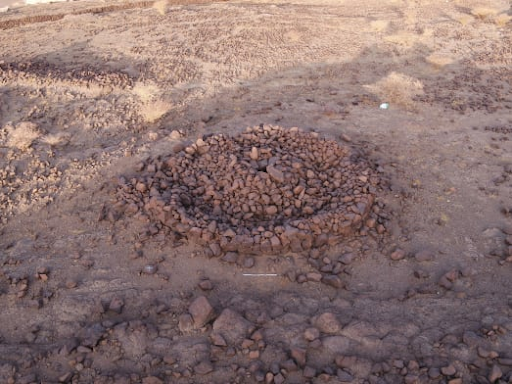 Kennedy believed that single individuals or small groups were buried in the mausoleums. The team observed about 18,000 graves along the honor avenues, 80 of which were taken samples or excavated for research.

The researchers think that the use of the route predates the mausoleums and remains uncertain precisely why the mausoleums were built along the route – although Kennedy did point out the styles. Similar customs related to land ownership in Greece and Rome in later history.

“A way of showing ownership perhaps could be one reason the tombs were built,” Dalton said. “And there may be an element of, you bury your nearest and dearest alongside the route because you’ll be passing them frequently, and you have a place to remember them.” 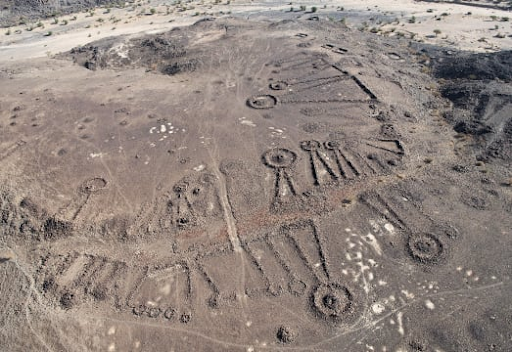 The team’s next step will be to conduct more radiocarbon dating and return to the scene before analyzing their data. And more discoveries are likely to be made, Dalton said. These roads could even stretch as far as Yemen, mainly since similar graves have been found in both that country and northern Syria.

“The third millennium is such an important period,” Kennedy said. “It’s when the Pyramids are built. And it’s where lots of different cultures are interacting with each other for the first time on a wide scale. So to see the appearance of this monumental funerary landscape in this period is fascinating. And huge new avenues of research to follow.” 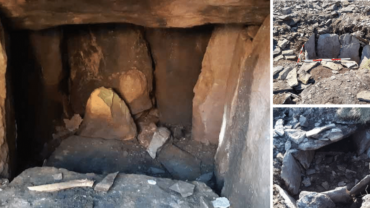