Thousands of people are united by the belief that there is more to our world and universe than what we are informed about. We’re talking about the ancient astronaut theory, which boils down to one thing: misunderstood technology. 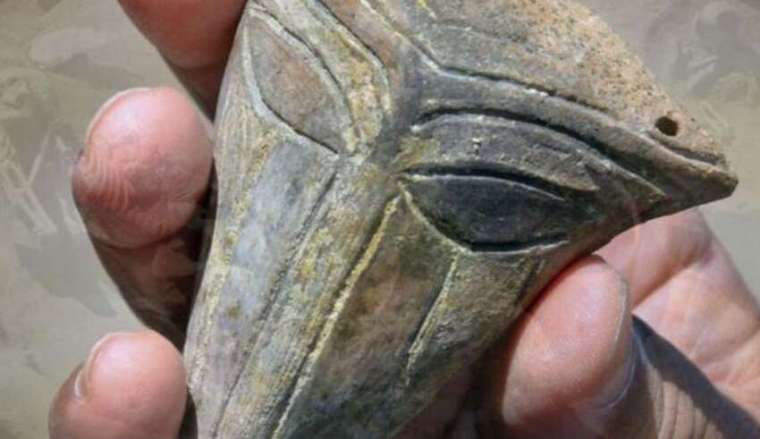 While the issue of aliens, specifically contact with aliens and their presence on Earth, has often generated ridicule and accusations of pseudoscience, the truth is that there are doctors, politicians, and the military, former NASA employees who are convinced that our knowledge was inherited by extraterrestrial civilizations that visited us in the past.

Moreover, we have proof of the existence of ancient technology in the distant past. The pyramids of Egypt or Machu Picchu could be the evidence of extraterrestrial contact with the inhabitants of Earth and their technology shared with less advanced societies. Numerous artifacts have been discovered over the years, and again we have another ancient representation of extraterrestrial beings found in Bulgaria, the 6000-year-old alien mask.

6000-Year-old Alien mask
A strange little prehistoric figure lacking a mouth, but with human and animal features, and eerily similar to an alien, dating back to the end of the 5th millennium BC, has been discovered during the latest archaeological excavations of the Solnitsata settlement, near the city of Provadia, Northeast Bulgaria.

According to the website “Archeology in Bulgaria, “the mask was found by an archaeological team led by Professor Vasily Nikolov, who compared this object to an alien in a spacesuit.

Visually, this strange prehistoric mask looks like an alien depicted in science fiction movies. The settlement of Solnitsata, also called “The Salt Pit,” is known as the oldest city in Europe.

According to archaeologists, the figure dates from the late Eneolithic period. That is, it was created around 4000 BC. Experts have already rated it as one of the most impressive finds made during the latest excavations at the settlement.

However, this mask would hardly have received so much attention were it not for its intriguing appearance. It can be seen in the images. The figure has an almost regular triangular shape. The front part of the alien mask protrudes forward in relief, and the back is, as it were, pressed inward. Both corners of the top of this strange prehistoric mask have short projections. 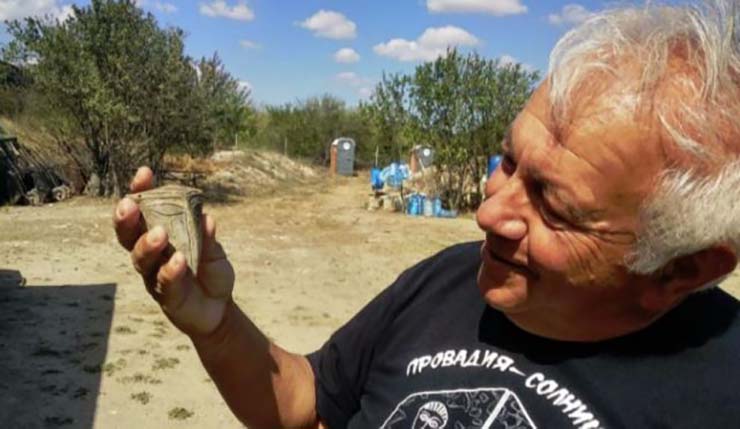 According to experts, these can be stylized ears. Small holes were also found in the ears. One hypothesis is that a thread was threaded through them to mask the face.

However, it is also assumed that it was not a mask but rather a figure or amulet worn on the chest and associated with sun worship. Archaeologists note that the facial features depicted on the artifact were carved, and some areas were polished.

“The face has eyebrows, a streamlined nose, and elliptical eyes, “ “The artifact is most likely a status symbol hanging from the chest of a person worthy of it.”

The creator of the alien mask focused on the eyes, giving them an unusual shape and large size and the vertical polished stripes underneath.

Once again, we have been confronted with those discoveries that could reveal the truth about our existence in the universe. Still, unfortunately, we find ourselves again with the definitive explanations, which are simply representations of the belief of those ancient peoples in magic or Spirituality. It seems that each of us will have to draw our conclusions.

What do you think about the enigmatic mask? Is this new evidence for ancient astronauts? 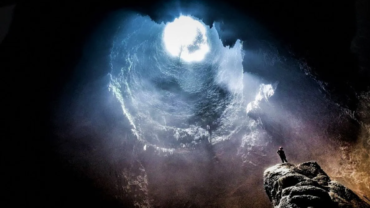