Archaeologists in Switzerland have come across a genuinely baffling, yet potentially significant, discovery buried within an ancient grave: a 3,500-year-old bronze hand with a gold cuff around the wrist.

Nothing like this has ever been unearthed in this part of Europe, so the researchers are not exactly sure what they are dealing with. It certainly seems to be a symbol of power, but it’s unclear whether it was once part of an enormous sculpture or if it’s the top ornament of a staff.

The Archaeological Service of the Canton of Bern is currently carrying out a detailed scientific analysis of the curious object and says all questions will be answered within just a few months. 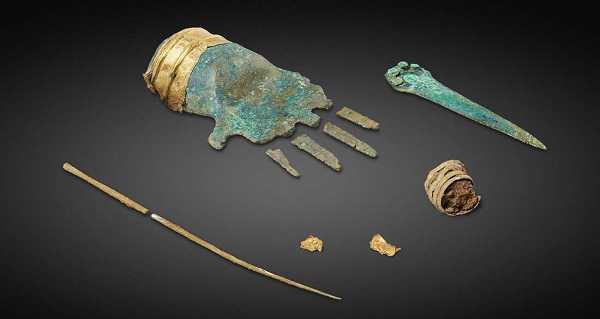 Preliminary carbon dating determined that the hand dates back to between 1,500 and 1,400 BCE, around the Middle Bronze Age of Europe. This dating suggests that it’s perhaps the world’s oldest bronze piece representing a part of the human body. If it is indeed a sculpture, it might even be the oldest bronze sculpture in Europe.

“To the knowledge of Swiss, German, and French specialists, there has never been a comparable sculpture dating from the Bronze Age in Central Europe,” the Archaeological Service of the Canton of Bern said in a press release.

“It is, therefore, a unique and remarkable object.”

The so-called “hand of Prêles” was first discovered near Lake Biel in the western province of Bern in the fall of 2017 alongside a bronze dagger blade and a human rib. Then, in the summer of 2018, archaeologists working on the site discovered the skeletal remains of an adult man that appeared to be buried over a much older stone construction. His tomb also contained a bronze brooch, a bronze hair ornament, and remnants of gold plate, perhaps also once part of the bronze hand.

By uncovering the identity of this mysterious man, the researchers hope that they might be able to decipher the meaning behind the unusual bronze hand.

“He must have been a high-ranking character,” added the Archaeological Service of the Canton of Bern.

“It is still too early to determine whether the hand was made in the Three-Lakes region or a more distant country. We know neither the meaning nor the function attributed to it. Its gold ornament suggests that it is an emblem of power, a distinctive sign of the social elite, even of a deity.” 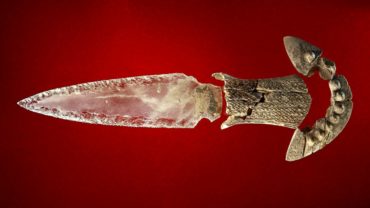