Although the concept of the “Ancient Astronauts” has been widely disseminated in recent years, its origin is generally attributed to Carl Sagan, who postulated in 1966 that the Paleocontact Theory that could explain the knowledge brought to Earth by extraterrestrials, in a book he wrote co-authored with astrophysicist Isof Shklovski, entitled “Intelligent Life in the Universe”. 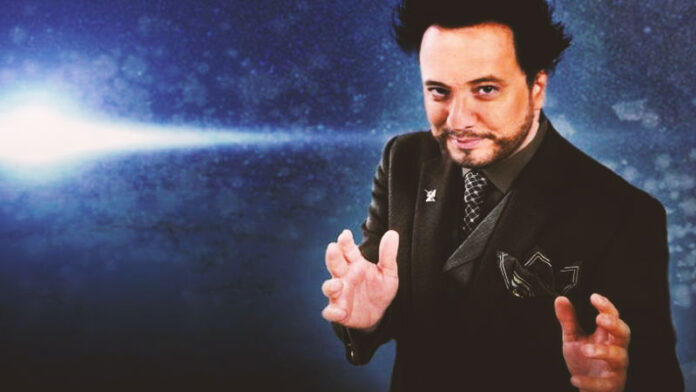 The roots prior to The Writing of Sagan and Shklovski were linked to the author of supernatural fiction H.P. Lovecraft and his myths about the “Elder Gods” who could cross the stars and occasionally land here on Earth.

In 2015, the discovery of a planetary system called Kepler-444 in the Constellation of Lira spurred discussion about what astronomers vaguely refer to as a “period of planetary formation.”

The Kepler-444 Star System is about 117 light-years away and is formed by a primary orange dwarf orbited by a pair of nearby red dwarfs. The system is the oldest ever found, with an estimated age of 11 billion years, and has five planets around the primary star, all rocky planets smaller than Earth.

“Kepler-444 is the oldest known system of planets with size close to earth. Thus, we show that Earth-sized planets have formed throughout most of the universe’s 13.8 billion-year history, providing space for the existence of ancient life in the Galaxy”, the authors of the study on the planetary system wrote.

The most literal interpretation of Ancient Astronaut Theorists would be that on these extremely ancient planets civilizations could have emerged that over thousands of years became highly advanced and would have visited Earth to share principles of science, agriculture, architecture, and other concepts with ancient peoples. 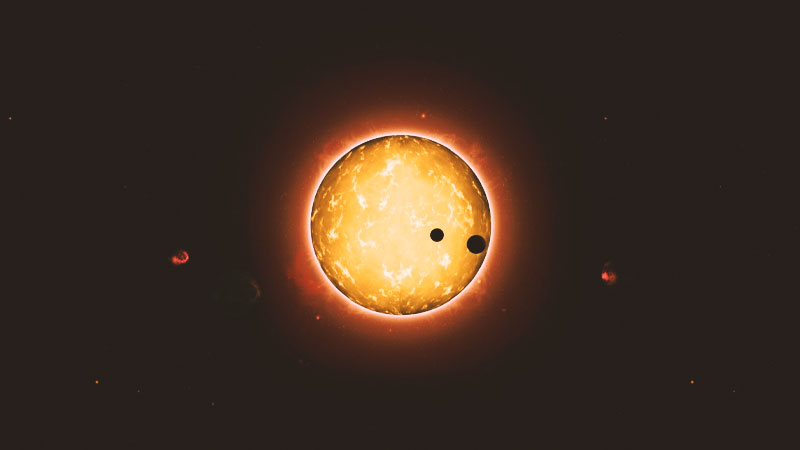 Some believe that the legends prevalent among some modern cultures, including the Dogons of Africa, indicate that these same types of interaction occurred. Critics of the idea argue that the use of cultural myths and traditions to explain real events in par with today’s science fiction is entirely speculative and, at best, unlikely.

But while we are mentioning the practice of speculation, let’s assume for a moment that an advanced alien civilization existed in ancient times. Assuming they were indeed advanced enough, such a civilization could have harnessed the power of the atom, and perhaps even more. If advanced enough, this alien race could even have harnessed technology capable of doubling time and space at its will, allowing travel above the speed of light and even time travel.

In the latter case, what would happen if the supposed alien visits of the present day were, in fact, time travelers from an ancient past, jumping to different points in history and also to different planets, just as we dreamed of doing?

Although this hypothesis is purely speculative, the possibilities, even if they are considered remote, cannot be ruled out.

The big question involving an ancient planetary system is whether the blocks for the construction of life would also exist there, rather than just the possibility of planets capable of harboring life. Based on our self-knowledge, we know that life can exist today, which, strangely enough, can also be a little theoretical when we consider the remote chance that our very existence may be a chance, resulting in a singular event that we call humanity.

Physicists like Brian Greene consider the possibilities of living in a multiverse, and this raises another question, whether parallel dimensions could be better able to produce the fruit of life than this dimension of ours.

If we are the only ones, perhaps the big question we should ask today is whether we were always the only ones, or perhaps if at different times throughout the history of our Universe, different alien civilizations were the only inhabitants of the cosmos for long periods, dealing with a frustration similar to ours, as they sought answers to the existence or not of other living and intelligent beings.

Perhaps the only chance to find evidence of intelligent life off Earth is the hope that one day, instead of the life that now coexists with us in the Universe, we can find evidence of lives that once existed.