Boyd Bushman, an American scientist, died on August 7, 2014. He had been a senior fellow at Lockheed Martin for a long time. Before his death, he recorded a disturbing video in which he discussed his position at “Area 51,” as well as aliens and UFOs.

“We’ve figured out how to get to the stars.” The Air Force has just awarded us a contract to transport ET back to the United States.” — Ben Rich, former head of Lockheed Skunkworks (June 18, 1925 – January 5, 1995). Boyd Bushman worked for Lockheed Martin, Texas Instruments, and Hughes Aircraft as a Senior Research Engineer. He was one of the Stinger missile’s developers, and he spoke on camera about Area 5, where sophisticated propulsion technologies were being tested. He exhibited photographs of a supposed alien in the picture.

Bushman’s fascination with UFOs and antigravity technology was first noted in 1999 when he featured on a Discovery Channel series about secret aircraft technology hosted by Nick Cook, an author, and Jane’s Defence writer. During that period, he didn’t say much, but finally, Bushman mentioned his interest in antigravity, namely the Canadian researcher John Hutchison.

Then, in 2007, he made an appearance in David Sereda’s esoteric documentary From Here to Andromeda. Bushman expands on his theories concerning UFOs and antigravity in this video. He discussed his antigravity experiments and mentioned Bob Lazar, the original Area 51 whistleblower who claimed to have worked on a project called “Reverse Engineering,” a UFO. 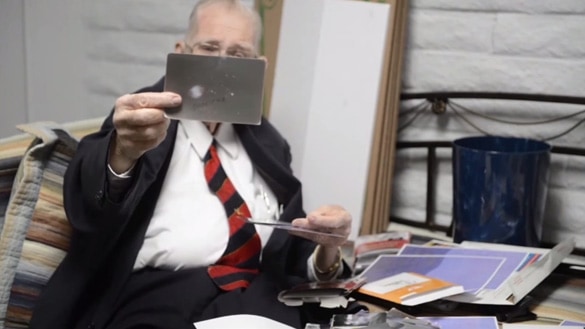 Bushman took a polygraph test in 2008, according to MUFON spokesperson Alejandro Rojas, and acknowledged working with antigravity in Area 51, working on extraterrestrial technologies, inspecting an alien spacecraft, and even touching an alien life form. He also claimed to be acquainted with Lazar. (You can see his polygraph test here.)

He does not claim to have a direct touch with the supposed alien-related projects in his most recent videos, instead claiming to be working with a team in Area 51. He claimed to be in “direct or indirect touch with Teller and his organization, who runs Area 51 and the like.” He showed images of UFOs he had received, some of which showed ships allegedly very close to the photographer but were difficult to discern. He displayed a photo of an out-of-focus light, which he claims is how the vessel appears when they “power on.”

“I begged them to tell me who is flying these aircraft,” Bushman added, “and they answered ‘Fine.'” He then proceeded to show a series of images of a claimed extraterrestrial. It resembled what one might anticipate an alien to look like with a large head and large eyes. According to him, they had five fingers, five toes, two eyes, and webbed feet.

“They’re around five feet, four and a half to five feet tall,” he explained. There were a couple of them around that was 230 years old. And as Teller set it up, we have at least 18 that exist and operate in our facilities.”

The US military, he claims, is fighting aliens and vehicles that have managed to fly to Earth. Furthermore, he believes that a crew of professionals works 24 hours a day on extraterrestrial technologies acquired in various ways.

However, Hutchison, the Canadian antigravity researcher mentioned by Bushman in the Cook interview, was the first to post these images. Hutchinson posted them in 2008 (as shown in the video below) and claimed he got them anonymously from a man he thought was in the CIA.

Several individuals immediately recognized the photographs as similar to an extraterrestrial doll sold at Kmart. Many of these people shared their photos on social media. It appears to be the same extraterrestrial.

At least a couple of people have speculated that the government may have created a doll that looked just like the actual extraterrestrial to sell at Kmart to dispel suspicion. It’s a little bit of a stretch. Others maintain that, while the doll appears to be very similar, it is not identical and that the alien in the photograph could still be accurate. Check it out and let us know what you think.

Bushman narrates the account of a friend who shot down an alien craft and entered it, although he warned that working with extraterrestrial technology is difficult for humans most of the time. According to Bushman, 39 people have died while attempting to reverse engineer UFOs. Nineteen of these occurred at a technology demonstration a year and a half ago. He was a little hazy about the details, though. “They wanted to put various flying craft close to the UFO, but the UFO defended itself,” he explained. And 19 of our people died as a result.”

Like so many others in the UFO realm, Bushman’s story is shrouded in mystery. The whole thing may easily be dismissed as an older man’s hallucinations. Bushman’s past is the only thing that gives one concern. Why would a high-ranking scientist start fabricating stories like this? Is it true that he worked with Teller and visited Area 51? Or were these all tall tales imparted to him, which he completely believed? 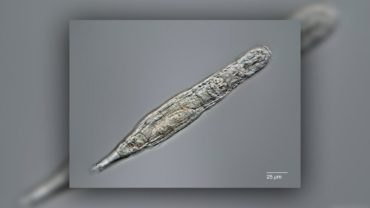