Unexpected news is emerging once again those days. “Australian Aboriginal symbols found on a strange 12,000-year-old pillar in Turkey,” according to the heading of a story published in Epoch Times on November 14th.

These tales have been picked up and repeated countless times since then, and we’ve had several inquiries from interested readers who want to know if they’re true. 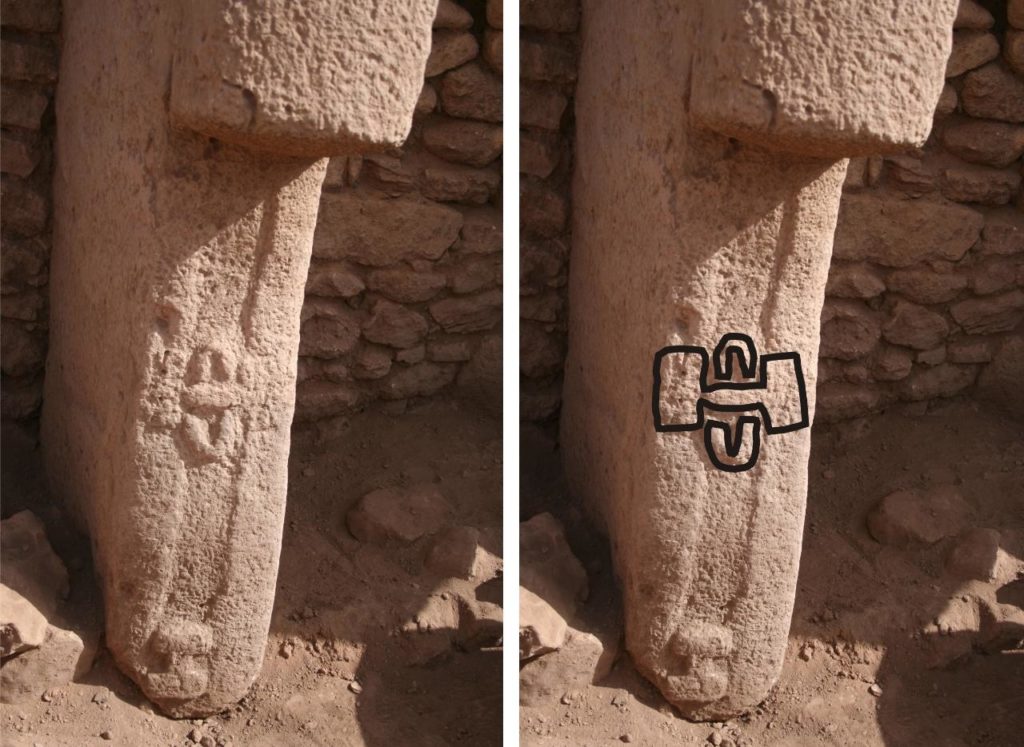 This bizarre hypothesis was based on superficial similarities between images and symbols discovered in both cultural contexts (Anatolian Pre-Pottery Neolithic Göbekli Tepe and Aboriginal Australia).

Aboriginal signs and symbols that seem to have been drawn on a medicine guy’s chest or etched into rocks are compared to exemptions on Göbekli Tepe’s columns or other artifacts from this and other nearby sites.

Before digging deeper into these alleged parallels, a few general remarks should be made. According to new findings, the Australian continent was most likely inhabited approximately 65,000 years ago, most likely via the Malay archipelago. So, at one point in time, two cultures coexisted? Yes, but on opposite sides of the globe, separated by an ocean.

Nonetheless, the relatively recent study of Aboriginal symbolism aids us in comprehending the artwork at hand, which represents two individuals conversing. The supposed counterpart at Göbekli Tepe, on the other hand, is an extremely rare outlier in early Neolithic iconography — one about which we have no idea what it meant to the prehistoric people who carved it due to a lack of relevant content. 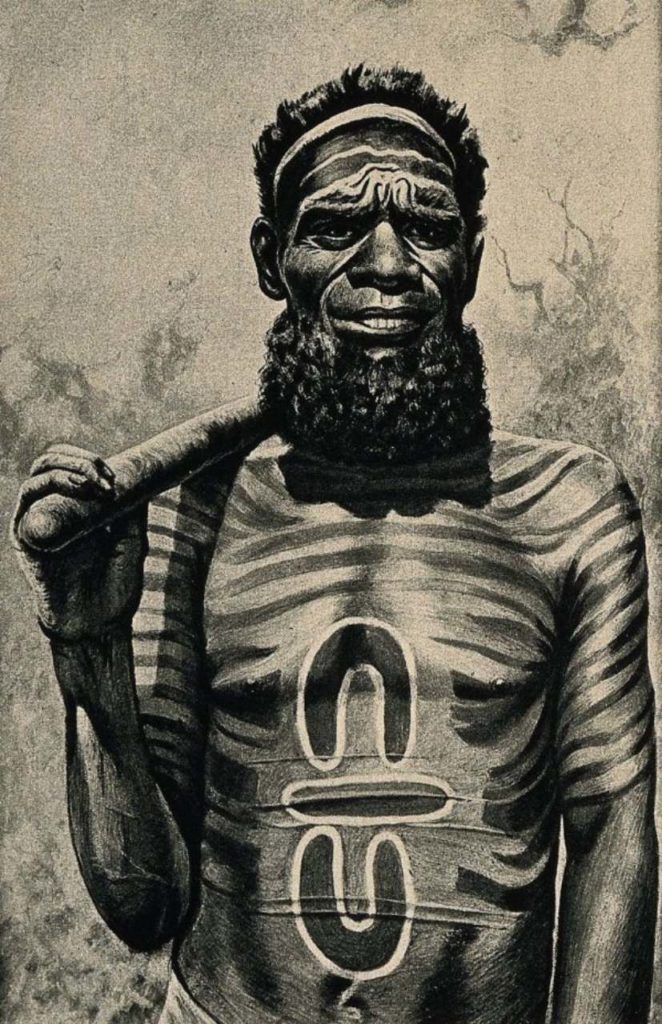 Moreover, and perhaps most importantly, the Göbekli Tepe sign does not appear to be the same. In truth, what seems to be a straight horizontal line in the Aboriginal symbol is a “H”-shaped symbol on the T-Pillar, with two vertical ‘arms’ on either side (see Fig. 2). (which are missing in the Australian example).

The same could be said of the other symbols identified, especially the female figure from Göbekli Tepe’s so-called Lion’s Pillar Building, which is linked to Aboriginal representations of the Rainbow Serpent, known as Yingarna in certain Aboriginal tribes and sometimes shown as a woman.

We have context and interpretation for one of these (the Australian example), but no more sources for the other at Göbekli Tepe – which, by the way, was not part of the original embellishment. Still, a later added (and rare) graffito.

Presumptions meant to accentuate the point but lacking a clear factual foundation further complicate these already complex similarities. It’s intriguing to argue that the Göbekli Tepe pillar symbols must be “similarly sacred” since the “pillar resembles a god,” but it’s not without issues, as previously said.

The notion that the fortifications at Göbekli Tepe were “… built by a culture that was wiped out by a cataclysmic calamity” refers to a previously publicized study that attracted a similar amount of media attention was also slammed. 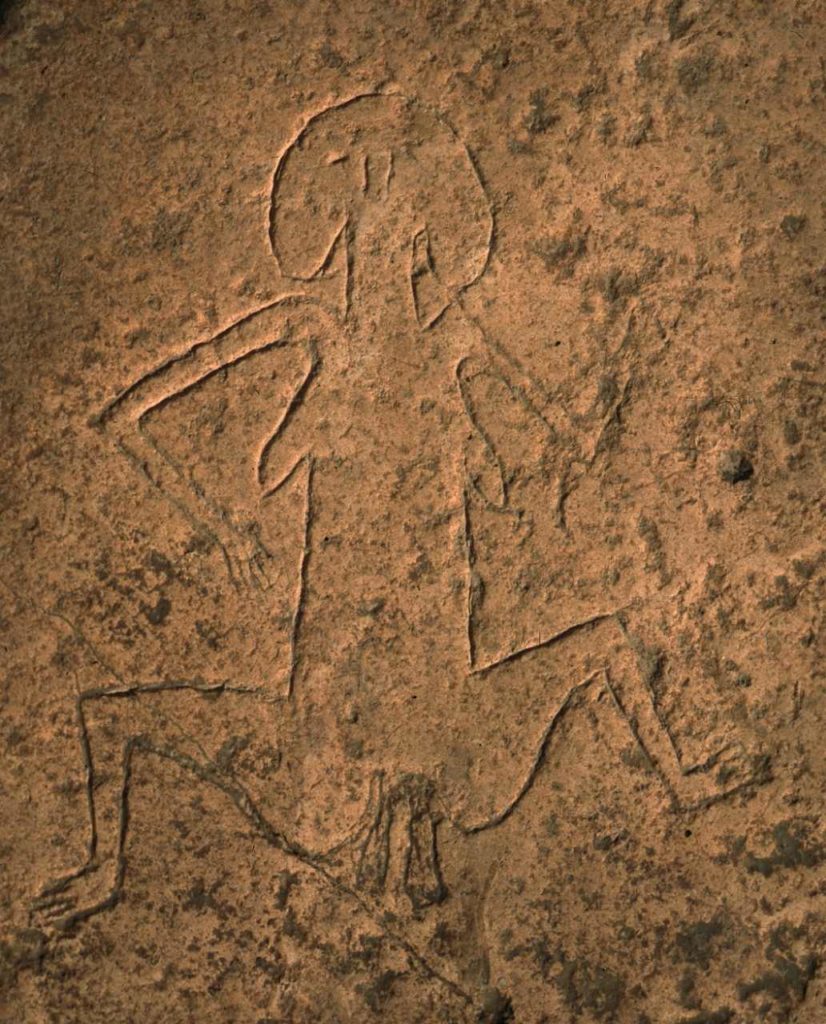 Finally, an all-too-simple identification of similar-appearing symbols and equating the complicated separate cultural processes underlying them is pure speculation — and does a disservice to both cultures and their varied imagery.

Furthermore, the choice of only a few images and symbols from a vast (and diverse) iconographic repertoire looks to be haphazard. There are many more differences than similarities between such great empires and locales.

Additionally, Aboriginal Australians do not form a unified culture complex. Meanwhile, over 400 distinct Australian Aboriginal peoples may have their language (including a symbolic language) and culture (Horton 1994).

So, to answer the question posed in the title, the answer is no. Aboriginal Australians did not build Göbekli Tepe. At best, the apparent similarities in iconography and art are astonishing coincidences and misreadings at worst.

Due to the unusual shape of these widespread pillars, the early Neolithic hunter-gatherers of Göbekli Tepe devised the letter “T” according to the same rationale… 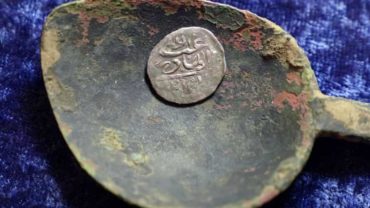