Under the Freedom of Information Act (FOIA), the CIA’s electronic reading room has many unusual papers. Many of them illustrate the agency’s efforts to maintain track of other nations’ technical achievements, particularly during and after World War II.

One text mentions Georg Klein, a well-known German engineer. “Though many people assume ‘flying saucers’ were developed after WWII, they were really in the design stage at German aircraft manufacturers as early as 1941,” he said.

The text reveals how a German tabloid published an interview with Klein in which he described his experiments with flying saucers from 1941 until 1945.

Within 3 minutes, the “flying saucer” had achieved a height of 12,400 meters and a speed of 2,200 kilometers per hour. According to German plans, Klein stressed that these “saucers” would reach a top speed of 4,000 kilometers per hour. According to Klein, one challenge was procuring the materials needed to build the “saucers,” but German engineers addressed this by 1945, and building on the devices was set to begin, he claimed.

By 1944, the Germans had built three saucers for testing, according to Klein. Were they the “foo” fighters that these American pilots reported? The following is a description of the three discs from the document:

One kind was shaped like a disc and featured an interior cabin and was created at the same (unidentified) factory that produced the V2 rockets. The diameter of this type was 42 meters. The other class was structured like a ring, with raised edges and a spherically shaped pilot’s cabin on the exterior; in the middle (and), both types, like helicopters, could take off vertically and land in a very small space.

Engineers were ordered to destroy the saucers and all of their schematics.

The engineers at the Mite plants in Breslau, on the other hand, were not adequately notified of the Soviet approach, and the Soviets were able to seize their equipment. Plans and specialist staff were promptly dispatched to the Society Union, which was heavily guarded.

Many people have looked into this issue, including aviation journalist Nick Cook, who concluded in 2002 that the Nazis experimented “with a sort of science the rest of the world had never remotely imagined,” which is still suppressed today.

Given that several prominent German scientists were brought to the United States by Operation Paperclip, one must question what the US acquired. 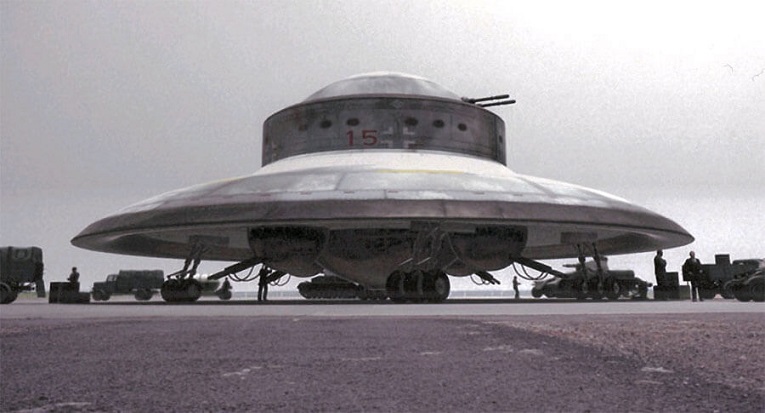 “[Italian researcher] Renato Vesco claimed that the Germans had invented antigravity technology. Near the conclusion of WWII, the disc-shaped and tubular craft were developed and tested, which he said was the correct explanation for foo fighters. He claimed that the Americans and the Soviets explored these ideas and led straight to flying saucers.”

Dr. David Clarke is a Sheffield Hallam University investigative journalist, reader, and instructor. From 2008 until 2013, he was the curator of The National Archives UFO project, and he routinely comments about UFOs in national and international media.

According to Dr. Clarke, who spoke to The Daily Mail,

Even though they were somewhat edited, they couldn’t hide that the UK military was interested in acquiring UFO technology or “novel weapon technology.” And the documents show that they were keen to get their hands on this technology – wherever it originated from – before the Russians or the Chinese did. Even though it was 1997, Russia was still seen as an unbeatable foe with a weapons program that posed a danger to the West.

So, did this reverse engineering begin a long time ago?

“Yes, there have been wrecked ships and bodies recovered,” Apollo 13 astronaut Dr. Edgar Mitchell famously said. In the documentary ‘Thrive,’ he is seen making similar claims.

As recently as March 2020, Eric W. Davis, a prominent astrophysicist who worked on the Pentagon’s UFO program, revealed that he presented a confidential briefing to a Defense Department Agency concerning retrievals from “off-world spacecraft not created on our Earth.” From 1997 until 2002, Christopher Mellon, a former Deputy Assistant Defence Secretary for Intelligence, acknowledged that he was present during Davis’ statement. Over the last few years, he has been extremely vocal about the subject.

This is why many folks in the field wonder if some of these unusual artifacts are “ours” or “theirs.” Based on my investigation, there appear to be several options.

Humanity has a history of thinking one thing and then experiencing a paradigm-busting event that causes that view to be shattered. Consider the famous physicist Lord Kelvin, who remarked in 1900, “There is nothing new in physics presently.” All that’s left is for more exact measurements to be taken.” Einstein’s article on special relativity was released not long after this comment. Einstein’s theories shattered the conventional framework of knowledge at the time, forcing the scientific community to consider a different point of view.

Will the UFO phenomena be the same, or will it be exploited for the same reasons and reactions as many other big global concerns — to benefit the affluent, wealthy, and powerful? Will the mainstream’s portrayal of the phenomena be accurate? Can we continue to rely on the mainstream media and government to inform the public about the truth?

There’s a reason why so many individuals lose faith in these organizations. 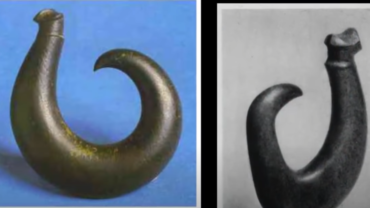