The mummy of ancient Egyptian pharaoh Amenhotep I was so exquisitely wrapped — decorated with flower garlands and buried with a lifelike face mask — scientists have been hesitant to open up the remains. That is, until now.

Some 3,000 years after Amenhotep’s burial, a team of researchers used CT scans to digitally unwrap his body for the first time, virtually peering through the many layers to reveal what he would’ve looked like when alive (he took after his dad it seems).

They also found that the pharaoh, who ruled from about 1525 B.C. to 1504 B.C., was 35 years old and 5.5 feet (169 centimetres) tall when he died; he was also circumcised and had good teeth, the researchers said. Beneath the wrappings were 30 amulets as well as “a unique golden girdle with gold beads,” study co-author Sahar Saleem, a radiology professor at Cairo University’s faculty of medicine, said in a statement.

This girdle may have had “a magical meaning,” and the amulets “each had a function to help the deceased king in the afterlife,” Zahi Hawass, Egypt’s former minister of antiquities and co-author of the new study published Tuesday (Dec. 28) in the journal Frontiers in Medicine, told Live Science in an email.

“Amenhotep I’s mummy is wearing a piece of jewellery called a girdle. The ancient Egyptians wore jewellery like this around their waists. Some girdles, as this one, have shell amulets on the side,” Saleem told Live Science in an email. 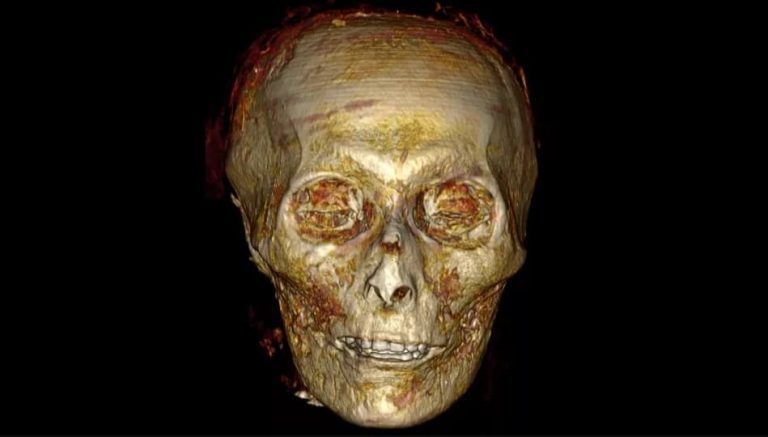 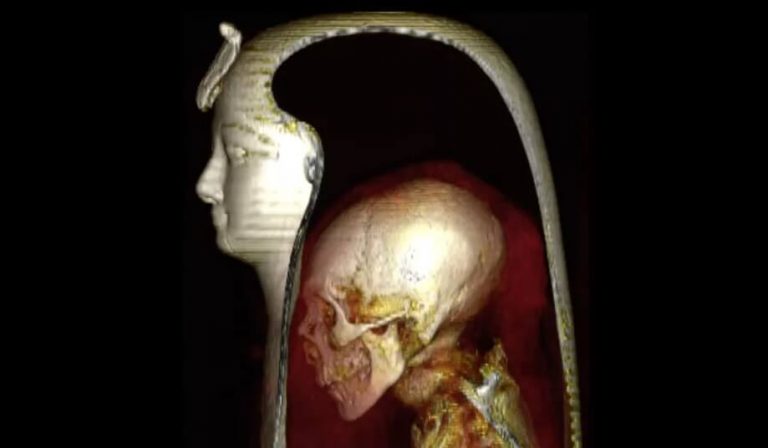 Egypt expanded in northern Sudan during the time that Amenhotep I reigned during the 18th dynasty. The pharaoh initiated a building program that saw the construction or expansion of numerous temples. Nobody knows how the pharaoh died or where he was originally buried.

A team led by French Egyptologist Gaston Maspero found Amenhotep’s mummy in 1881, along with several other mummies in a tomb on the west bank of Thebes (modern-day Luxor). His mummy had been placed in the tomb sometime during the 21st dynasty (around1070 B.C. to 945 B.C.) after it was robbed in ancient times.

Researchers found that the robbers had damaged the pharaoh’s body. “The CT images show the extent of damage of the mummy of Amenhotep I that involved neck fractures and decapitation, a large defect in the anterior abdominal wall, and disarticulation of the extremities,” including the right hand and foot, wrote Saleem and Hawass in their journal article.

“We show that at least for Amenhotep I, the priests of the 21st dynasty lovingly repaired the injuries inflicted by the tomb robbers, restored his mummy to its former glory, and preserved the magnificent jewellery and amulets in place,” said Saleem in the statement.

What killed the pharaoh is unclear. “We couldn’t find any wounds or disfigurement due to disease to justify the cause of death,” Saleem said in the statement.

The scans shed light on what the pharaoh looked like when he was alive. “Amenhotep I seems to have physically resembled his father [Ahmose I]: He had a narrow chin, a small narrow nose, curly hair, and mildly protruding upper teeth” said Saleem.
Most pharaonic mummies have been physically unwrapped or extensively studied using CT scans, the researchers said, noting that Amenhotep I was one of the few royal mummies that had not been examined in detail. “This fact that Amenhotep I’s mummy had never been unwrapped in modern times gave us a unique opportunity: not just to study how he had originally been mummified and buried, but also how he had been treated and reburied twice, centuries after his death, by High Priests of Amun,” Saleem said.

Live Science reached out to scholars not involved with the research. “It’s all very interesting, but I’m not sure there’s anything earth-shattering here,” said Aidan Dodson, an Egyptology professor at the University of Bristol in the U.K. The golden girdle “may be without direct parallels, but nearly all other royal mummies were completely robbed, so this doesn’t mean very much,” Dodson said, noting that other royal mummies may have worn similar girdles that were subsequently stolen.

It’s possible that the 21st dynasty priests put the golden girdle on Amenhotep I, said Kara Cooney, an Egyptology professor at UCLA. The high priests of Amun, who effectively controlled parts of Egypt during the 21st dynasty, regarded Amenhotep I as an ancestor and may have displayed their affection for the pharaoh by placing this girdle on him, Cooney told Live Science in an email. Cooney said that she will discuss this topic more in an upcoming book called “Recycling for death” that will be published by American University in Cairo Press.

This article was originally published by Live Science. 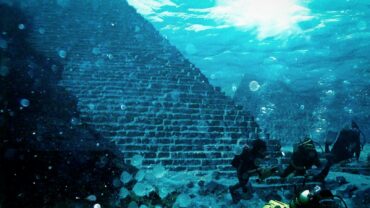