Among ancient astronaut theorists and conspiracists, the existence of giants that inhabited the Earth thousands of years ago is a prominent topic. The human past is still shrouded in mystery, yet the mainstream media insists that humanity is the consequence of evolution. Do you think it’s true? The ancient artifacts discovered on the South American continent, however, may alter this viewpoint. Some researchers believe that giants walked on the Earth in ancient periods, representing a highly evolved civilization.

Tiwanaku, a wrecked ancient metropolis in western Bolivia, is supposed to have been created by giants who crossed the oceans after surviving the great flood. A private gold museum in Peru houses the mummified heads of prehistoric Inca kings. There’s a possibility that these giants are Denisovan. 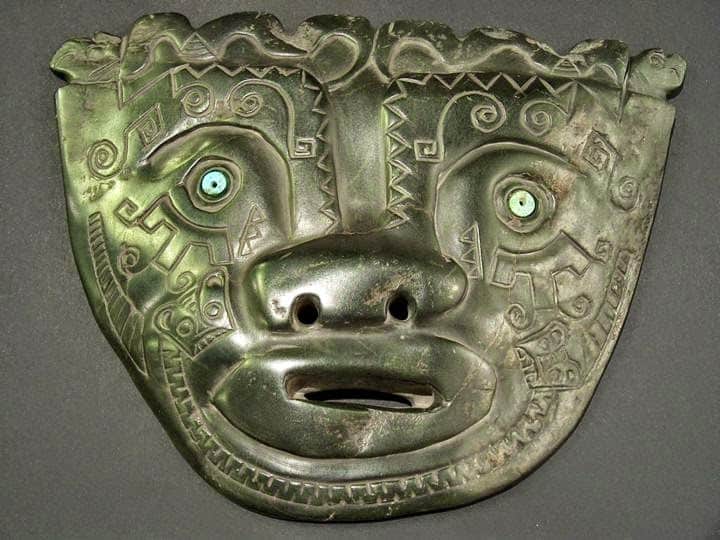 According to the ruins of Tiwanaku, the city was created by huge humans with a height of more than 10 feet. In 1966, researchers discovered a rocky spot on the Altiplano plateau in Bolivia that indicated the long-ago existence of human civilization. They discovered the ruins of demolished communities, which prompted the site’s excavation. Experts believe that a 1,350 square kilometers meteorite crashed in Campo de Cielo in Argentina more than 4,000 years ago, resulting in the terrible end of the giants’ civilization.

Klaus Dona, an Austrian artifact researcher, dedicated his life to traveling throughout the world and discovering things that modern science could not explain. During his archaeological digs, he came up with some Ecuadorian bones. The bones, according to experts, belonged to a big human with a height of more than 20 feet.

The mask discovered in Bolivia, according to Klaus, could belong to actual giants. He stated, “

“When I initially had this mask in my hands (as pictured above), I tried to gaze through the two eyes. I had no idea they belonged to 2.6-meter skeletons at the time, and I was only curious as to why they made masks with only one eye-opening. 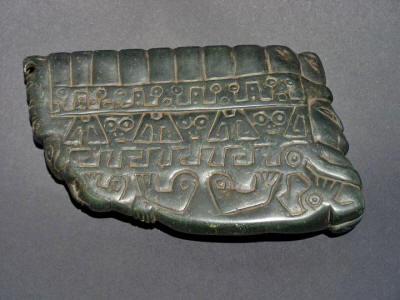 However, considering that those folks were over 2.5 meters tall, I might suppose that their skulls were larger than ours, which is why these masks were huge for us.

That’s another Bolivian mask. Another [center] with really nice carving, a lot of spirals, and a lot of symbols, which we found in a lot of other cultures.”

Huge masks with turquoise inlays, flutes, pipes, and tablets with cryptic symbols that did not belong to any pre-Columbian culture were among the most remarkable artifacts discovered at the site. These symbols were strikingly similar to a picture in James Churchward’s book “The Lost Continent of Mu.” The flutes discovered in the Bolivian ruin old city were ornately decorated, and the holes were millimeter-precise with a flawless curve.

Furthermore, one of the flutes bears the symbol of a descending serpent, which in South American tradition was used to describe the coming of gods. A figure that looks like a recent picture of grey aliens is directly behind it. Someone with big lungs must have played these flutes. 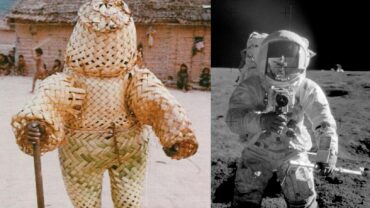