Around 360 BC, Plato presented the account of Atlantis. He said that the founders of Atlantis were half god and half-human. They established a utopian civilization and grew into a powerful maritime force. The Atlanteans were incredible engineers. They created palaces, temples, harbors, docks, and a complex water system around 12,000 years ago. 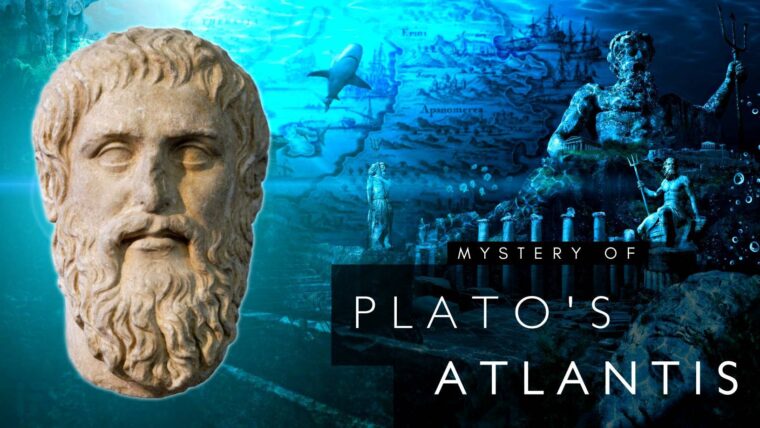 Farmers farmed food in a narrow field, while the Atlanteans lived behind the area where the mountains met the sky. Plato had described the monumental buildings as fountains with hot and cold running water, walls covered with precious metals, and statues made of gold. Today, Atlantis is frequently regarded as a pseudo-historical or legendary entity, but is this true?

The Story of Atlantis’ Origin

Plato envisions an Athenian society in conversations between Critias, Socrates, Timaeus, and Hermocrates in two of his classic works, the Timaeus and the Critias. Plato’s Critias tells the account of the magnificent island nation Atlantis and its unsuccessful effort to invade Athens owing to the Athenians’ organized society.

Critias is the second of a planned trio of conversations, following Timaeus and preceding Hermocrates. The latter was perhaps never written, leaving Critias (Dialogue) unfinished.

Solon, a great Greek politician who lived between 630 and 560 BC, is said to have first transmitted the narrative of Atlantis from Egypt to Greece. Plato claims that Solon taught the story to Dropides, the great-grandfather of the Critias in this discussion, who then repeated it to his son, also called Critias, and the grandfather of the Critias in the dialogue. When the elder Critias was 90, and his grandson was 10, the elder Critias related the story to his grandson.

According to Critias, Atlantis was a magnificent Athenian metropolis that met with terrible devastation at the hands of humanity circa 9,600 BC, predating Plato by 9,000 years. Critias related the narrative of an Athenian Civilization via his grandfather’s schooling. 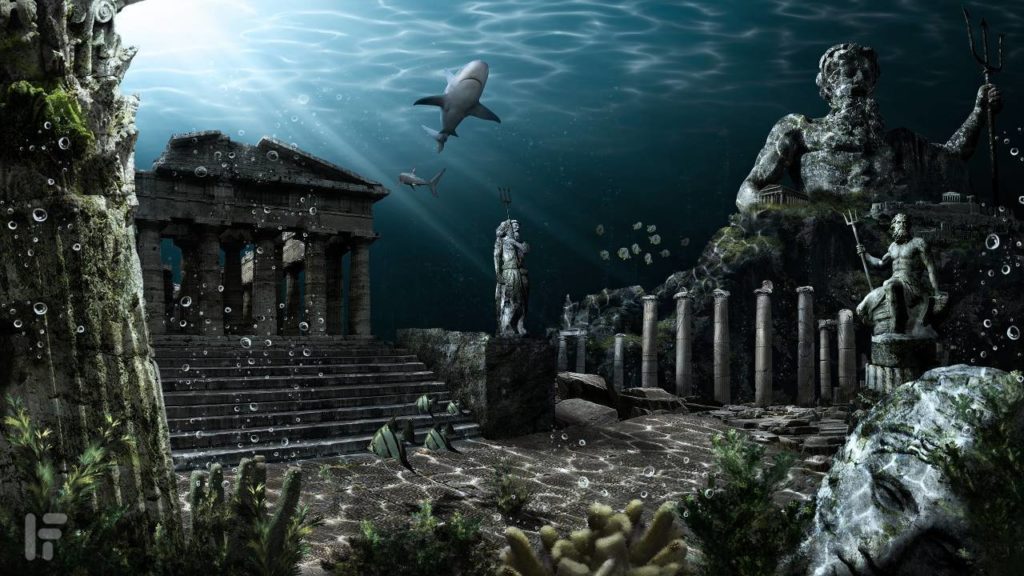 Critias claimed that his great-grandfather Solon was an Egyptian explorer and historian who lived with and interacted with famous Egyptian priests. Critias then sent Plato the tapes from Solon. Many people think that Atlantis existed since Plato’s books are historical truth.

According to Critias, the Earth was divided among the gods by assignment in ancient times. The gods tended the humans in their areas in the same way that shepherds treat sheep, caring for and directing them as if they were nurselings and belongings. They achieved this by persuasion rather than force. Back then, the territories that are today Greece’s islands were steep hills with rich soil.

Then, one day, the Deucalion global deluge devastated the planet. The flood during Deucalion’s reign was caused by Zeus’ rage, which was fueled by the Pelasgians’ arrogance. So Zeus resolved to bring the Bronze Age to an end. According to legend, Lycaon, the ruler of Arcadia, offered a kid to Zeus, who was horrified by the heinous sacrifice.

The priest explains how the Athenians were hit by not one but numerous floods in one of Plato’s dialogues, the Timaeus. 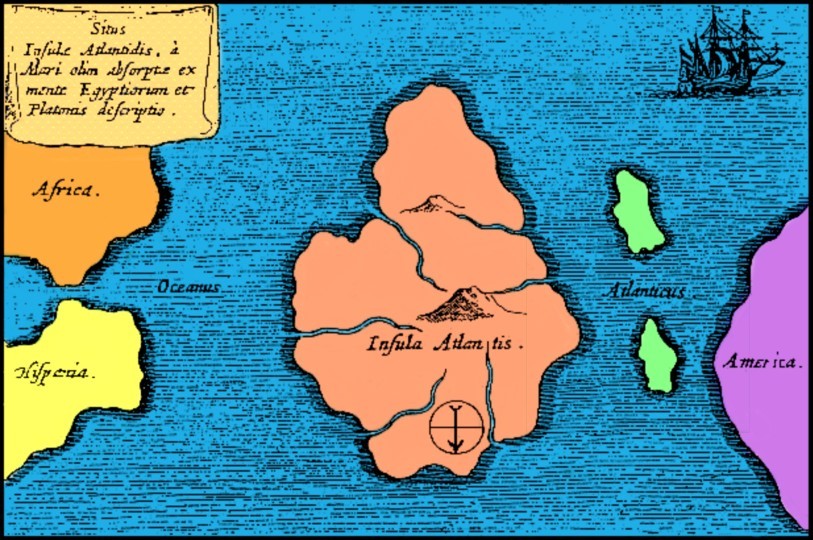 Zeus released a flood, causing rivers to run in torrents and the sea to flood the coastal plain, envelop the foothills in spray, and wash everything clean. Because no dirt washed down from the mountains to replenish the lost soil, causing much of the region to sink out of sight and the islands that remained to become the “bones of a corpse.”

Athens was highly different back then. The terrain was fertile, and water was brought in from underground springs, subsequently damaged by an earthquake. He portrays Athens’ society at the period as ideal: seeking all virtue, living in moderation, and excelling in their labor.

He then goes on to explain the history of Atlantis. Poseidon, he said, was assigned to Atlantis. Poseidon fell in love with Cleito, the daughter of Evenor and Leucippe. She produced several offspring, the first of which was named Atlas, who inherited the kingdom and handed it down for many centuries.

Critias then talks in great detail about the island of Atlantis and its Temple to Poseidon and Cleito and the famous metal orichalcum. The Ancient Greeks and Romans were familiar with this precious yellow metal. It was said that the mythical metal was more valuable than gold.

What drew humanity’s interest in Atlantis?

According to Plato’s historical writings, Atlantis was a well-organized, huge military empire that met with catastrophic natural tragedy while organizing an attack on Egypt near the conclusion of its reign.

Agriculturally, the Athenian population was highly educated and capable of producing herbal cures from plants. Their irrigation techniques were exceedingly advanced since they built numerous canals to water their plains and farmlands. Because of their great intelligence, reservoirs and structures such as the Metropolis were created, hydraulically-engineered equipment and bridges were made, literary works and regulations were produced, and their things were frequently plated with bronze, copper, or gold. 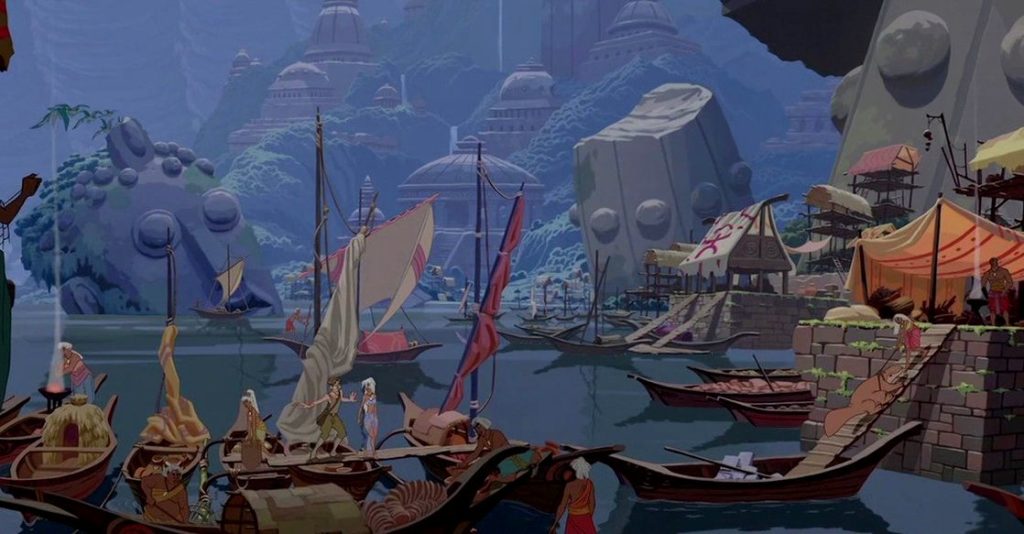 Based on a monarchy and a systemized class, the Atlantis civilization also valued women. Atlantis was historically regarded as the greatest of all countries, ruling the surrounding territory with its empirical rules.

According to Plato, Atlantis was a tremendously massive continent in addition to having a sophisticated civilization. According to Critias’ calculations, Atlantis would have been around 7,820,000 square miles in area, greater than any significant marine basins. According to Critias, Egyptian priests taught him that Atlantis was located beyond the Pillars of Hercules, in the Strait of Gibraltar. This is the point where the Atlantic Ocean and the Mediterranean Sea meet.

Today, some evidence has been presented that denotes underwater walls and roadways and a group of islands in the Caribbean Sea approximating the shape of Atlantis. Another possibility is that Atlantis is located on the Mid-Atlantic Ridge, a mountain range beneath the ground. While some researchers believe Atlantis might be in the Azores, Crete, or the Canary Islands.

Unfortunately, according to Egyptian priests, Atlantis was repeatedly battered by devastating earthquakes and floods until the entire continent sank beneath the water and vanished one day. They also claimed that where Atlantis disappeared became an impenetrable and undetectable place in the water. The hypothesis behind the drowning of Atlantis was that humanity had evolved so wicked that they had brought about their destruction.

Finally, Atlantis evokes the biblical legends of Sodom and Noah. It also has something to do with continental upheavals over Earth’s history, but did Atlantis indeed exist? Regardless of whether the proof is circumstantial or philosophical literature, the reality remains that Plato only wrote historical truth. Having stated that, what message was Plato attempting to impart to humanity’s future?

To finish this essay, consider the following quote from Plato’s Critias: “There have been, and will be again, many destructions of humanity resulting from different causes; the agencies of fire and water have brought about the largest, and other lesser ones by uncountable other causes.” 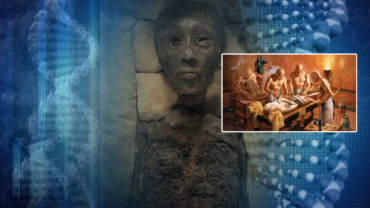