The walls of Pompeii’s House of the Ceii are adorned with scenes of animals locked in battle, from a big cat on the verge of taking down a pair of rams to a deer looking back in terror as a wild boar gives chase.

Nearby, African hunters standing in the shadow of Egyptian-style buildings prepare to hunt hippopotamuses and crocodiles on the banks of the Nile. 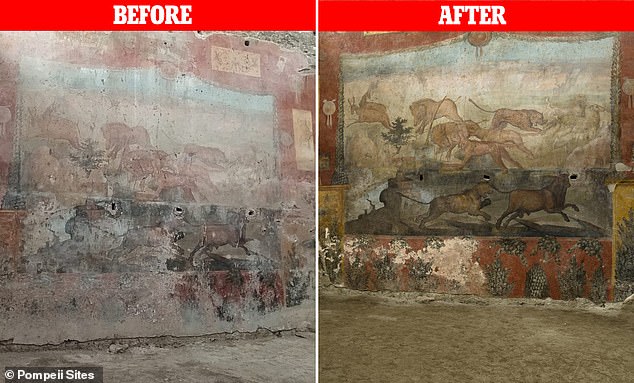 More than 2,000 years after their creation, these stunning frescoes have finally been restored to their original glory. As the Archaeological Park of Pompeii, an autonomous Italian cultural body established to preserve and promote public usage of the razed Roman city, experts used a laser to clean the paintings before carefully retouching their faded details.

According to a statement, the “highly complex operation” also took steps to protect the artworks from rainwater and other potential threats.

Likely owned by magistrate Lucius Ceius Secundus, the House of the Ceii was first excavated between 1913 and 1914.

Per Valentina Di Donato and Amy Woodyatt of CNN, the ancient Domus, or single-family home, is one of the few surviving Pompeiian dwellings dated to the late Samnite period, during the second century B.C. 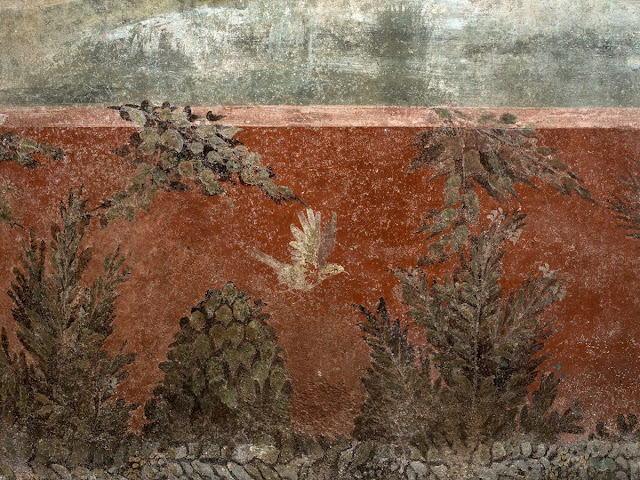 The statement notes that the uncovered frescoes, which may have been painted on the walls surrounding the house’s garden to create an illusion of increasing size, have deteriorated over the decades due to a lack of proper maintenance and poor restoration practices.

Despite this damage, wrote Julia Fiore for Artsy in 2018, Pompeii’s frescoes are better preserved than most: When Mount Vesuvius erupted in 79 A.D., burying the city in volcanic ash, it inadvertently shielded the light-sensitive artworks from the elements for centuries. 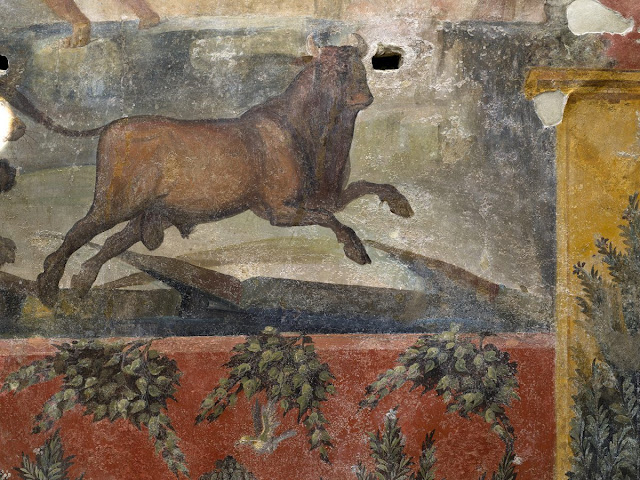 “What makes [the House of Ceii] fresco so special is that it is complete—something which is rare for such a large fresco at Pompeii,” Massimo Osanna, interim director of the park, tells Tom Kington of the London Times. The newly restored central artwork highlights predator-prey conflicts in the natural world, including the animals above, as well as a lion hunting a bull, reports the Times. 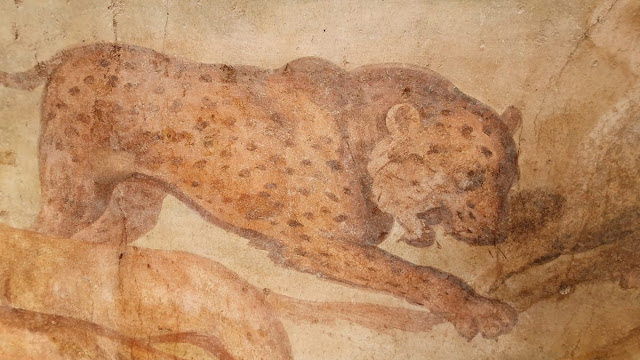 On the sidewalls of the garden, landscapes featuring Indigenous Africans and Nile Delta creatures suggest that the magistrate was interested in Egyptian culture.

“In this case,” Osanna tells CNN, “in all probability, the exotic and religious theme of the paintings testified to a link and a specific interest that the owner of the Domus had for the Egyptian world and cult of Isis, present in Pompeii in the last years of the city’s life due to a very influential college in the city.” 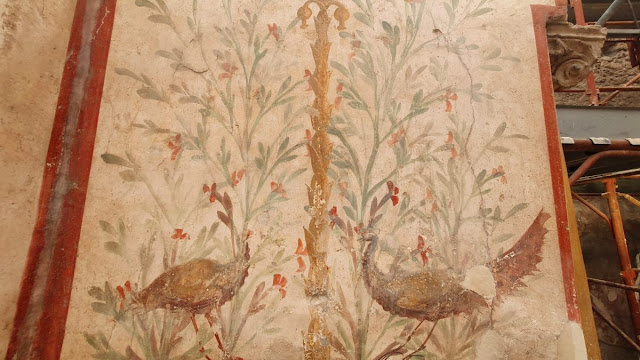 During the Social War, the Romans took control of Pompeii, which had previously been an allied but independent city (91–88 B.C.).

The seaside settlement served as a thriving port and resort destination for affluent Romans but was devastated by an earthquake in 62 A.D. 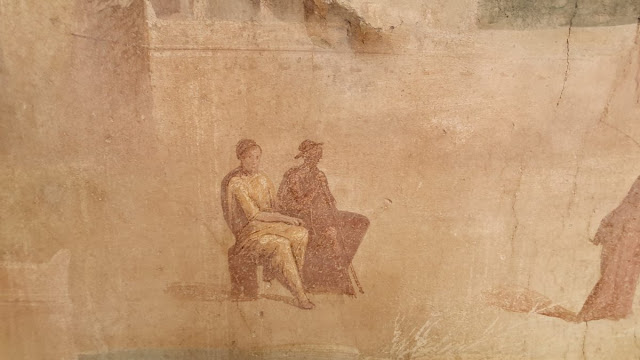 Residents were still in the process of rebuilding when Vesuvius erupted 17 years later; Pompeii only reemerged in the 18th century, when archaeologists first began exploring its well-preserved ruins.

Since the Great Pompeii Project, an ongoing conservation initiative primarily funded by the European Union, launched in 2012, researchers have uncovered a stunning array of ancient treasures.

Among other finds, the list includes a fresco of a bloody gladiator fight, a well-preserved horse still in its harness, and a snack bar that served snails and fish. 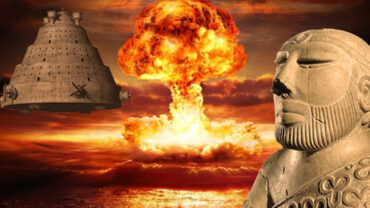