Obelisk, a tall, four-sided, tapered monolithic pillar, which ends in a pyramid-like shape. In the capitals of countries worldwide, you can see this tall, inscribed structure. So, where does this iconic shape come from, anyway? 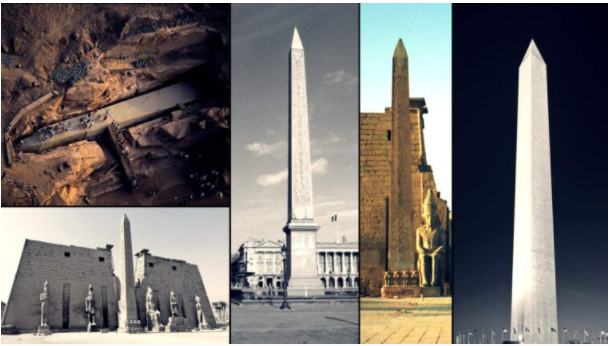 Ancient Egyptians built the first obelisks. They were carved from stone and placed in pairs at the entrance of temples as sacred objects that symbolized the sun god, Ra. It’s believed that the shape represented a single sunray. Like this, there are so many interesting facts about the Obelisks, some of which are truly amazing. Here, in this article, are the ten most interesting facts about Obelisks that will blow your mind.

1. The Ancient Egyptians built them, Though Only A Few Remain In Egypt 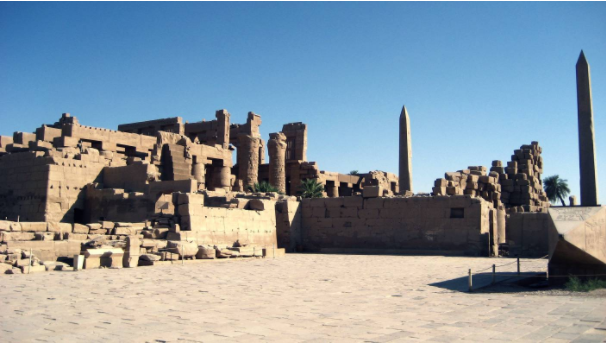 The ancient Egyptians placed pairs of obelisks at the entrances of their temples. According to Gordon, the columns were associated with the Egyptian sun god and perhaps represented light rays. They were often topped with gold, or a natural gold-and-silver alloy called electrum, to catch the first rays of the morning light. Twenty-eight Egyptian obelisks remain to stand, though only eight are in Egypt. The rest are scattered across the globe, either gifts from the Egyptian government or plundered by foreign invaders.

The Eight Great Obelisks Of Egypt:

There are eight great Obelisks, which remain in Egypt today:

2. An Obelisk Was Used In The First Calculation Of The Circumference Of The Earth

Around 250 BC, a Greek philosopher named Eratosthenes used an obelisk to calculate the circumference of the Earth. He knew that at noon on the Summer Solstice, obelisks in the city of Sweet (modern-day Aswan) would cast no shadow because the sun would be directly overhead (or zero degrees up). He also knew that obelisks did cast shadows at that very same time in Alexandria.

Measuring that shadow against the tip of the Obelisk, he came to the conclusion that the difference in degrees between Alexandria and Sweet: seven degrees, 14 minutes—one-fiftieth the circumference of a circle. He applied the physical distance between the two cities and concluded that the rim of the Earth was (in modern units) 40,000 kilometers. This isn’t the correct number, though his methods were perfect: at the time, it was impossible to know the precise distance between Alexandria and Sweet.

If we apply Eratosthenes’s formula today, we get a number astonishingly close to the actual circumference of the Earth. Even his inexact figure was more precise than the one used by Christopher Columbus 1700 years later.

3. True Obelisks Are Made Of A Single Piece Of Stone

Actual obelisks conceived by the ancient Egyptians are “monolithic” or made from a single piece of stone. The Obelisk at the center of Place de la Concorde, for example, is monolithic. It is 3300 years old and once marked the entrance to the Temple of Thebes in Egypt.

4. The Unfinished Obelisk Of Aswan 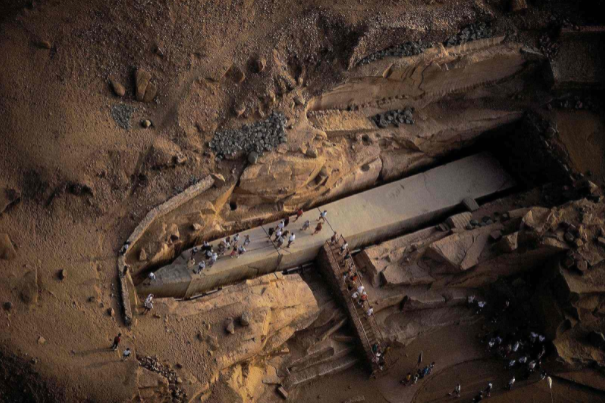 The great Unfinished Obelisk of Aswan is considered the giant Obelisk to be built by a man in the world. It was intended to be a 42m tall obelisk that weighs more than 1,200 tons. This Obelisk is one-third larger than any obelisk in Ancient Egypt.

The marvelous story of its building didn’t finish as during its construction, and while removing the block of stone from its mother bedrock, a vast crack appeared that made the stone unusable. Queen Hatshepsut intended to build it in the location of another obelisk that is called today “The Lateran Obelisk.”

The unfinished Obelisk was probably achieved by chiseling holes into the rock according to its marks. The Obelisk base is still attached to the bedrock of this granite quarry in Aswan. It is believed that the ancient Egyptians utilized small balls of a mineral, harder than granite, known as dolerite.

5. They Were Really, Really Hard To Build

Nobody knows precisely why obelisks were built or even how. Granite is tough—a 6.5 on the Mohs scale (diamond being a 10)—and to shape it, you need something even harder. The metals available at the time were either too soft (gold, copper, bronze) or too difficult to use for tools (iron’s melting point is 1,538 °C; the Egyptians wouldn’t have iron smelting until 600 BC).

The Egyptians likely used balls of dolerite to shape the obelisks, which, Gordon notes, would have required “an infinity of human effort.” Hundreds of workers would have each had to pound granite into shape using dolerite balls that weighed up to 12 pounds. This doesn’t even address the issue of how one might move a 100-foot, 400-ton column from the quarry to its destination. While there are many hypotheses, nobody knows precisely how they did it.

Until the 19th century, hieroglyphics were untranslatable—mystical symbols with no coherent message beneath. Jean-François Champollion, a French Egyptologist, and linguist thought differently and made it his life’s purpose to figure them out. His first success came from the Rosetta Stone, from which he divined the name “Ptolemy” from the symbols.

In 1819, “Ptolemy” was also discovered written on an obelisk that had just been brought back to England—the Philae obelisk. The “p,” “o,” and “l” on the Obelisk also featured elsewhere on it, in the perfect spots to spell the name “Cleopatra” (Queen Cleopatra IX of Ptolemy). With those clues and using this Obelisk, Champollion managed to crack the mysterious code of hieroglyphics, translating their words and thus unlocking the secrets of ancient Egypt.

7. The Oldest Remaining Obelisks Are As Old As Recorded Human History

The oldest obelisks are almost impossibly old—ancient even by the standards of antiquity. Seaton Schroeder, an engineer who helped bring Cleopatra’s Needle to Central Park, called it a “might monument of hoary antiquity” and commented eloquently, “From the carvings on its face we read of an age anterior to most events recorded in ancient history; Troy had not fallen, Homer was not born, Solomon’s temple was not built; and Rome arose, conquered the world, and passed into history during the time that this austere chronicle of silent ages has braved the elements.”

8. The Obelisk Of Saint Peter’s Square In Vatican City Came From Egypt 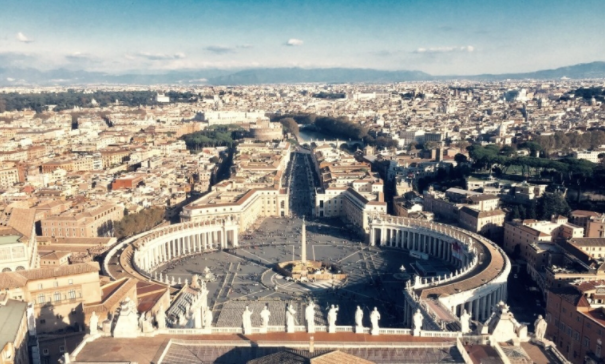 The Obelisk that stands at the center of Saint Peter’s Square in Vatican City is a 4,000-year-old Egyptian obelisk brought to Rome from Alexandria by Caligula in 37 AD. Over a millennium and a half later, in 1585, Pope Sixtus V ordered that the Obelisk be relocated from its spot on the ancient Circus of Nero to the square in front of the basilica.

Though it was a short undertaking journey of 275 feet, transporting such a massive stone object (83 feet tall and 326 tons, to be exact), even that far was extremely risky, and no one knew how to do it. Everyone was concerned, saying, “What if it breaks?”

A special committee sent out a call for proposals to conduct this massive job, and hundreds of engineers flocked to Rome to submit their ideas. In the end, architect Domenico Fontana won out over his many competitors; he designed a wooden tower constructed around the Obelisk, connected to a system of ropes and pulleys. 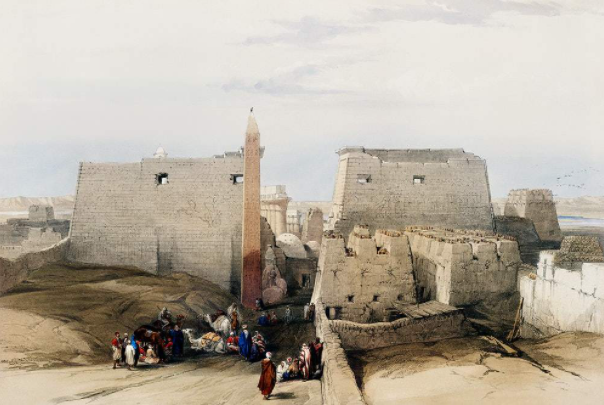 The Luxor Obelisks are a pair of Ancient Egyptian obelisks carved to stand on either side of the Luxor Temple gate in Ramesses II’s reign. The left-hand Obelisk remains in its location in Egypt, but the right-hand stone, which is 75 ft high, is now at the center of the Place de la Concorde in Paris, France. The point of the Luxor obelisk standing on the Place de la Concorde indicated international time, making it the largest sundial in the world. It is also Paris’ oldest monument.

The 3,000-year-old obelisks were originally both situated outside of Luxor Temple. The Parisian example first arrived in Paris on 21 December 1833, having been shipped from Luxor via Alexandria and Cherbourg. Three years later, on 25 October 1836, he was moved to the center of Place de la Concorde by King Louis-Phillipe.

In exchange for a French mechanical clock, the Obelisk had been given to France by Muhammad Ali Pasha, ruler of Ottoman Egypt. After the Obelisk was taken, the automatic watch provided in exchange was discovered to be faulty, having probably been damaged during transport. The clock still exists in a clock tower at Cairo Citadel and is still not working.

10. The Tallest Obelisk In The World Is The Washington Monument 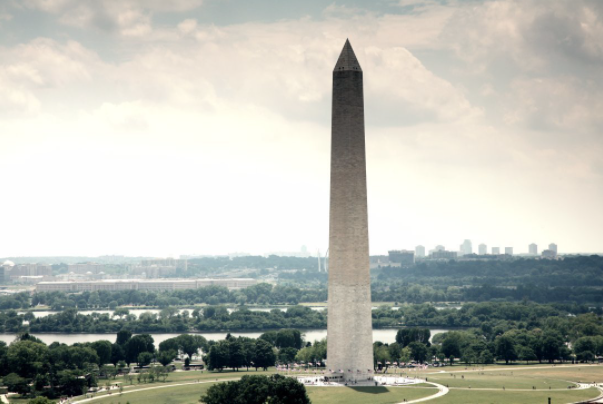 First conceived in 1832, the Washington Monument, honoring George Washington, the United States’ first president, took decades to build. It is, by law, the tallest structure in the District of Columbia and is twice as tall as any other obelisk in the world. It stands unique among memorials in Washington.

The Washington Monument’s base is a different color than the top. The project began in 1848, but funding ran out one-third of the way through ― so it sat unfinished for the next 25 years. Engineers later tried to match the original marble, but erosion and condensation affected the materials differently over time and caused a dramatic contrast in their appearance. 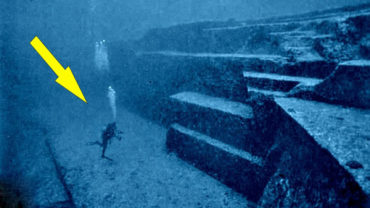