Most people associate mummies with Egyptian culture and complex mummification methods designed to create a link between life and death, culminating in the body’s preservation. While most mummies discovered today are the result of this procedure, there have been a few instances where a mummified body was discovered as a consequence of natural preservation rather than an intentional preservation process. The remarkably well-preserved bones of a lady going back 700 years to the Ming Dynasty were unearthed by Chinese road builders in 2011. This finding revealed a lot about the Ming Dynasty’s lifestyle, but it also raised a lot of doubts. Who was this mysterious woman? And how has she managed to stay so well-preserved throughout the centuries? 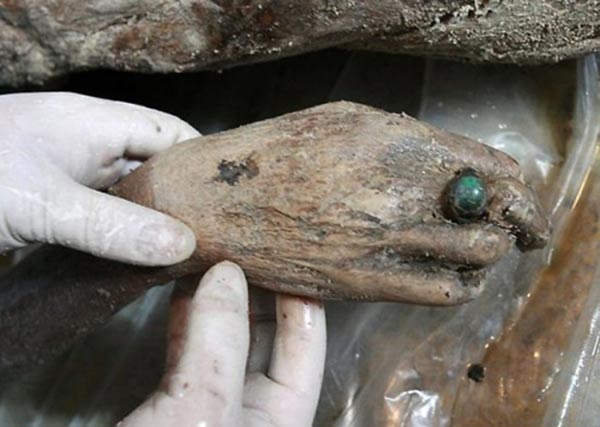 The Chinese mummy’s finding was rather surprising. Road workers in Taizhou, Jiangsu Province, Eastern China, were clearing the way for a road-widening project. It was necessary to dig many feet into the ground for this work. They were about six feet beneath the surface when they came upon a massive, solid item. They immediately recognized it may be a big find, so they enlisted the help of a team of Taizhou Museum archaeologists to dig the site. They soon deduced that this was a tomb, and discovered a three-layered casket within. The archaeologists discovered layers of silk and linens coated in a dark liquid when they opened one of the major coffins. They discovered the gorgeous remains of a female behind the sheets when they examined beneath the linens. Her physique, hair, complexion, dress, and jewelry were all nearly complete. Her brows and eyelashes, for example, were still wonderfully intact.

Researchers have not been able to determine the body’s age with certainty. The lady is said to have lived between 1368 and 1644, during the Ming Dynasty of China. This means that the woman’s body might be 700 years old if it dated from the beginning of the Dynasty. The woman wore Ming Dynasty-style attire and was decked with several pieces of jewelry, including a beautiful green ring. It’s assumed she was a high-ranking citizen based on her jewelry and the beautiful silks she was wrapped in. 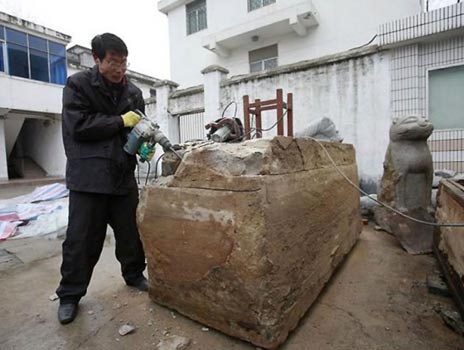 Bones, earthenware, old texts, and other artifacts were also found in the casket. The archaeologists who unearthed the coffin couldn’t tell if the brown liquid inside was meant to preserve the deceased or if it was simply groundwater that had leaked into the casket. However, other scholars believe that this body was preserved because it was buried in the ideal atmosphere. Bacteria cannot thrive in water if the temperature and oxygen levels are precisely correct, and decomposition can be delayed or stopped. 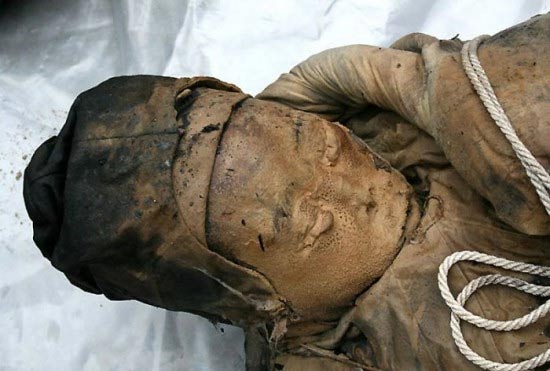 Researchers will be able to have an up-close look at Ming Dynasty traditions because of this finding. They can see the clothing and jewelry that individuals wore at the period, as well as some of the antiques that were utilized at the time. This can answer a lot of questions about the people’s lifestyles, habits, and everyday activities at the period.

The discovery has raised a slew of fresh concerns about the circumstances that led to her body’s exceptional preservation over hundreds of years. There are also doubts concerning who this lady was, what function she had in society, how she died, and whether or not any part of her preservation was done on purpose. Many of these questions may never be answered because of the sequestered nature of this find since it can be impossible to offer such answers with only one set of bones. If comparable finds are produced in the future, they may give the answers to these and other questions concerning this woman – the unintentional mummy. 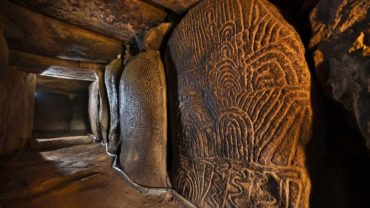