Year after year, conventional historians and archaeologists are baffled by unfathomable mysteries discovered in Antarctica. Antarctica remains the world’s least-visited continent, despite rumors of three pyramids that resemble the Giza pyramids and hundreds of strange objects detected by satellite images. 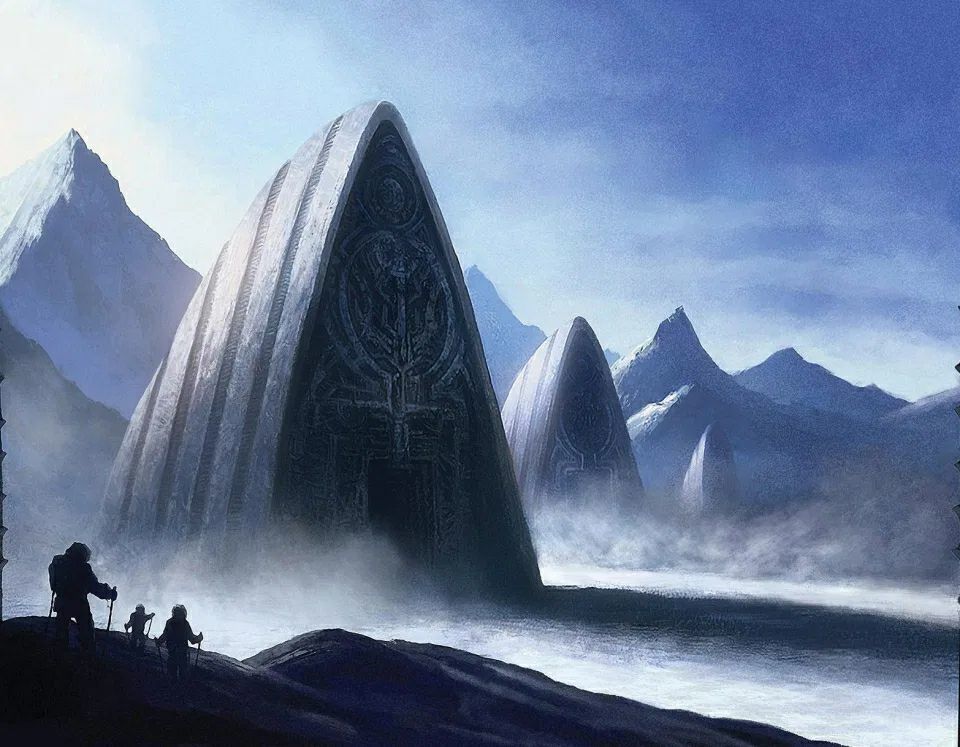 That’s hardly unexpected since it’s the most remote area in the world, buried under at least three miles of ice, or nearly five kilometers. It’s the world’s coldest, highest, windiest, and driest location, making archaeological excavation and research roughly impossible without spending millions of dollars. It’s hardly surprising that we don’t know much about it.

Antarctica is a tropical wonderland 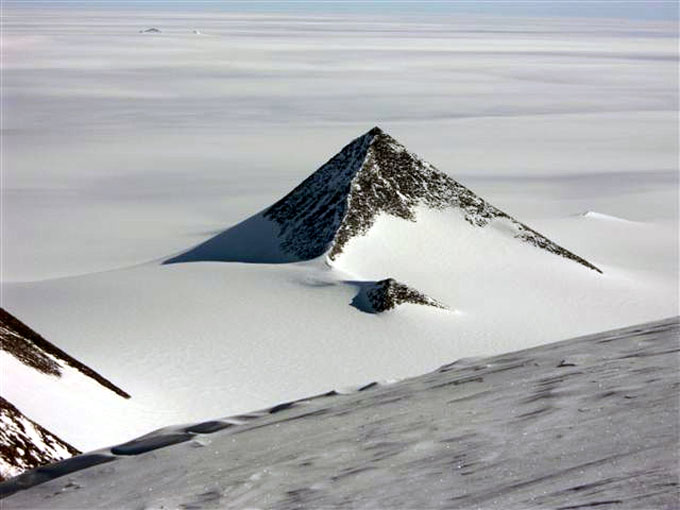 On the other hand, what little we know about it is as baffling as ever. According to fossil records, Antarctica was a tropical paradise million years ago, with tropical rainforests, woods, lakes, plants, and various creatures.

Many people have concluded that Antarctica was home to Earth’s oldest civilization at some point in the distant past. All of the strange discoveries unearthed there are merely reminiscences of its existence. Of course, scientists cannot excavate three miles of ice and thoroughly analyze it, but does this mean no one knows what is beneath it?

The Piri Reis Map and Antarctica

A German theologian working in Istanbul, Turkey, discovered a gazelle-skin parchment with a map scribbled on it in late 1929, indicating that it was not. The map was created and signed in 1513 by Ahmed Muhiddin Piri, afterward known as Piri Reis, an Ottoman admiral, and cartographer.

North and South America were depicted in remarkable detail on the map, which was unexpected. Even though America had been founded 21 years previously, it was not until much later that charted it with such precision. As a result, Piri Reis’ map is the world’s oldest detailed Americas map. The Andes Mountains were on the map, which Francisco Pizarro discovered 14 years later. 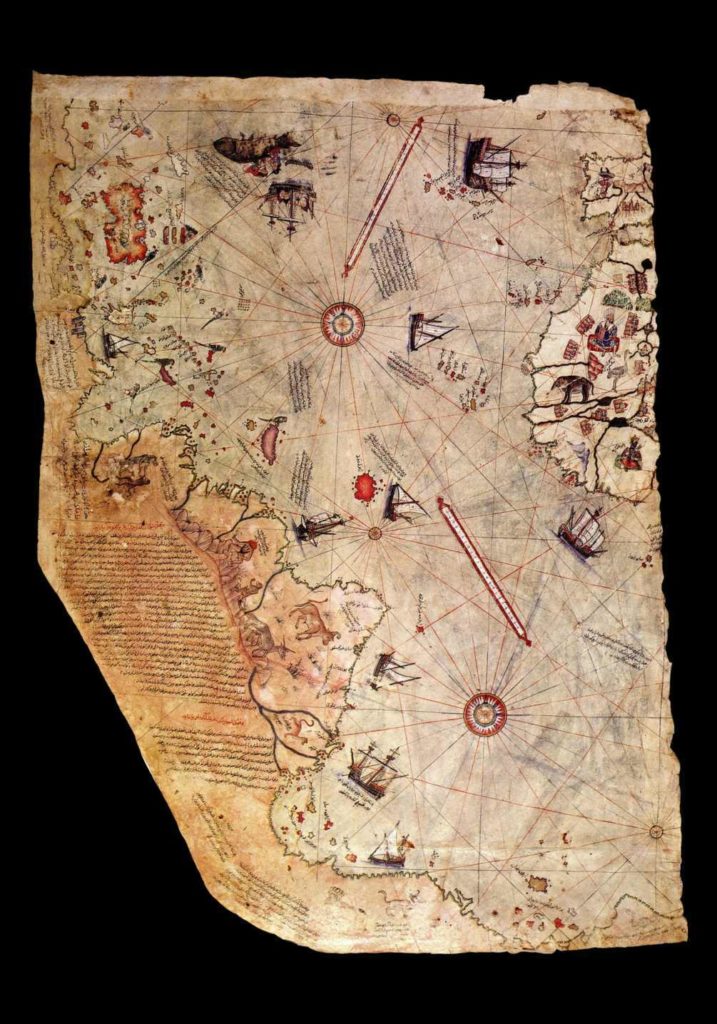 Piri Reis didn’t appear to have created the map all by himself. Instead, he used Constantinople’s vast library, which was now under Ottoman hands. He found various antique maps from ancient civilizations such as the Egyptians, Greeks, and Indians and six additional sources that Piri Reis did not want to divulge. It’s unclear who the other six sources are and where these civilizations learned about Antarctica’s terrain when they didn’t cover it in ice.

Many people believe that these civilizations got this from much older sources. Sources from what could have been the Earth’s first civilization. A civilization flourished in Antarctica when the continent was free of ice and teeming with life and vegetation.

Even if we assume that navigators recorded the coasts of America, Africa, and Antarctica, the Piri Reis map should only illustrate shoreline characteristics. Despite this, the map displays mountains, rivers, and deep landscape features that would be impossible to find without a lot of digging.

A detailed sonar radar investigation of Antarctica was done between 2004 and 2007, examining the topographical characteristics of the area beneath the ice sheet. Surprisingly, the Piri Reis map depicted these features beneath the ice.

Many people believe that the map demonstrates that an ancient intelligent civilization existed millions of years ago and depicted Antarctica or that the ancients received this information from alien contact.

Whatever the case may be, we may never know what lies beneath Antarctica’s three miles of ice, but it’s possible that we don’t need to. What if we looked at the seafloor near the coast instead? What will we find there?

The National Science Foundation of the United States built the USNS Eltanin, a highly advanced oceanographic research vessel, in 1962. It was the world’s first geophysical ship, and its mission was to investigate Antarctica and its environs. 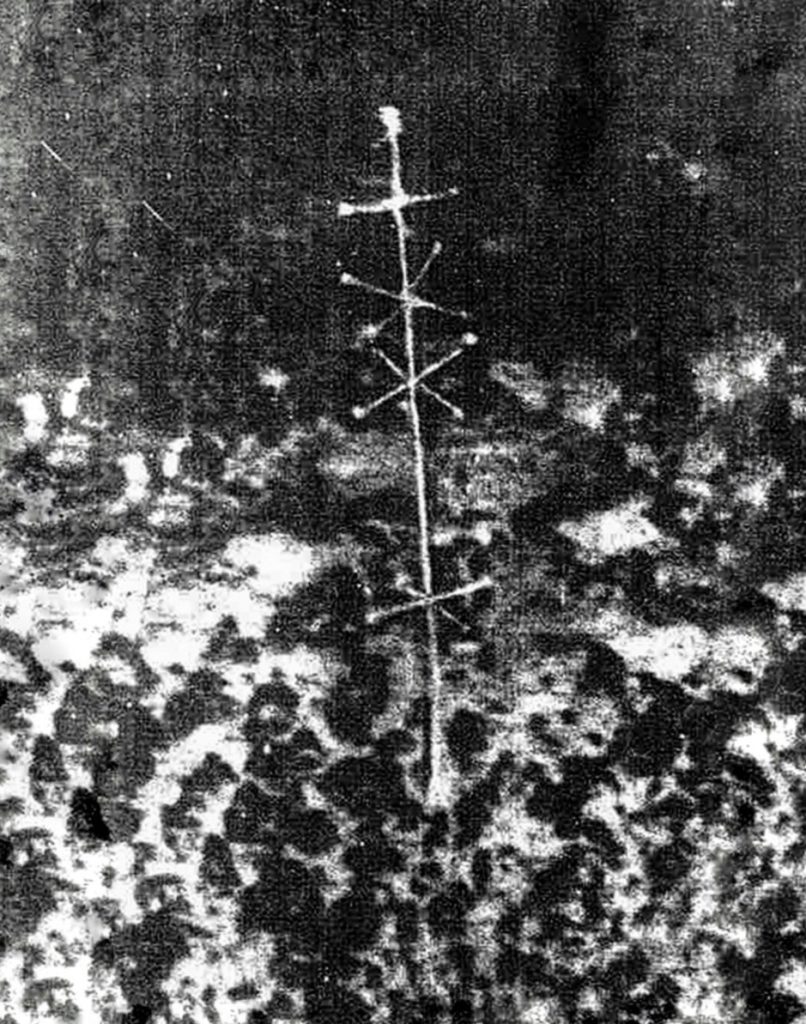 The ship provided a plethora of previously unknown data and shed significant light on our region’s understanding over the next two years. However, there were a few mysteries unearthed in the ocean’s depths.

One of them was discovered on August 29, 1964, while the USNS Eltanin was scanning the ocean floor west of Cape Horn at about 3 miles. They were startled by what they discovered. They could get images of a weird tower standing in the middle of nowhere on the mostly naked seafloor.

The symmetrical structure stood 2 feet tall and contained nodules, spokes, and protrusions that led to a spherical node. It appeared to be an antenna or a signal transmitter.

When the images were first published in the New Zealand Herald on December 5, 1964, in an article headed “Puzzle Picture From Sea Bed,” scientists and researchers were astounded.

“The American research ship Eltanin sailed into Auckland yesterday with a mystery photo taken at 2250 fathoms 1000 miles west of Cape Horn,” according to the story. The photo, which appears to be a sophisticated radio antenna protruding out of the mud bottom to the untrained eye, was obtained by a submarine camera on August 29.” The enigmatic device was eagerly examined and disputed for years, giving rise to the mystery of the “Eltanin Antenna.”

What is the Eltanin Antenna, and how does it work?

Many people assumed it was an artifact from an ancient civilization that once inhabited Antarctica’s ice-free region. They believe that beneath the 3 kilometers of ice that currently covers the continent, this civilization left many artifacts and structural ruins. We can find proof of their presence on the seafloor near Antarctica because it is the only bottom that is not covered by ice.

Others went even further, claiming the mysterious object was some alien technology placed in such a remote and lonely location to transmit signals for extraterrestrial contact and possibly planet mapping.

In a 1968 article for Saga Magazine, author Brad Steiger wrote that the Eltanin had shot “this astounding piece of technology… “It looks like a hybrid between a TV and a telemetry antenna.”

Is Eltanin’s Antenna, a sponge from the sea?

Experts quickly dismissed the find, ignoring it as an ocean sponge. According to them, the image exhibited is of the Cladorhiza concrescence, a marine sponge from the Cladorhizidae family.

This concept has several faults. For example, the so-called Eltanin antenna is extremely geometrical and has distinct angels and forms that cannot be spoken of the sea sponges compared. Another flaw in this theory is that Cladorhiza concrescence lives in colonies and reproduces quickly.

These marine species reproduce asexually, with a small piece of the sponge breaking off and reattaching to the bottom, resulting in almost identical organisms and eventually a colony. Because the object was unique, no other similar things were found on the seafloor.

The third difficulty is that Eltanin’s photograph was taken at a precise depth of 2.5 miles (4 kilometers). Because no sunlight reaches the seafloor at that depth, the presence of marine sponges or plants is quite unlikely. Dr. Thomas Hopkins, a well-known marine biologist, specializing in plankton research, also opposes the plant theory.

“Our science does not yet possess underwater vehicles capable of plunging to such depths,” he says, “therefore no one on Earth, to our knowledge, could have planted the gadget off Cape Horn…”

Interestingly, in Utah’s Sego Canyon, we may find an antique petroglyph from 6000 BC that depicts something that looks a lot like the Eltanin antenna. Is that to claim the antenna has been on the planet for over 8000 years? The antenna, however, is not the only item depicted in the Sego Canyon petroglyphs.

We may see these strange beings that are not human there. They are significantly taller than the humans and animals around them, and their skulls are rather strange and unique. Is the Eltanin Antenna in command of these creatures?

Is it feasible that an extraterrestrial civilization keeps an eye on us and uses various devices to measure our planet? What other technologies are studying and surveying us if they do? 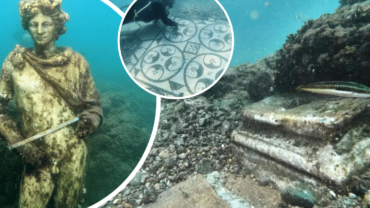