New proof of a nuclear catastrophe on Mars! In an epic story of discovery, strong evidence is presented for a dead civilization on Mars and the shocking reason for its demise: an ancient planetary-scale nuclear massacre leaving isotopic traces of vast explosions that endure to our present age.

The greatest justification for what may have occurred on Mars comes from a 2015 research written by physicist John E. Brandenburg. A tremendous thermonuclear explosion decimated the planet’s atmosphere, which formerly resembled Earth’s. The Cydonian Hypothesis and Fermi’s Paradox were taken into account in the investigation.

In light of the imaging and geochemical findings, Brandenburg thought about the Cydonian Hypothesis. He used the Giza Pyramids, the Sphinx, and Olmec heads as analogs under the Principle of Mediocrity with attention to detail to adopt a model of Earthlike degraded archaeology for comparison with Mars relics. 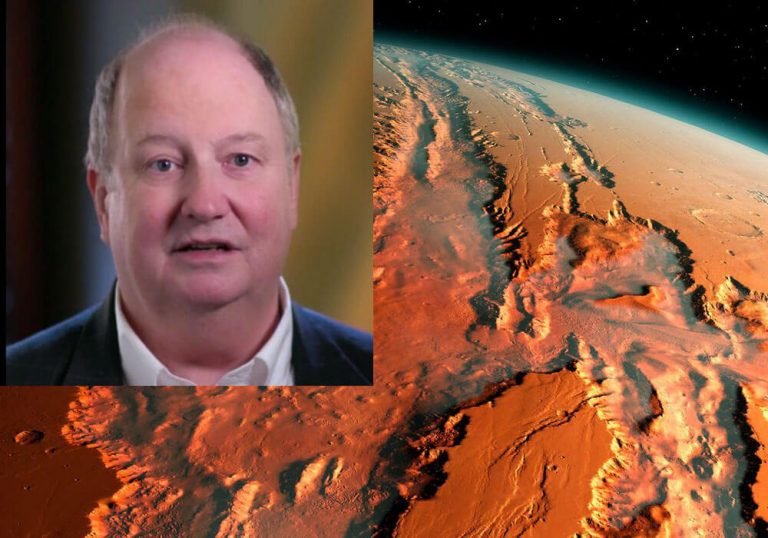 Enrico Fermi investigated the issue of an active universe that may support intelligent life. In addition, he was aware of how old the universe was in comparison to us. Other species had plenty of time to evolve, create radio and television transmissions, and spread across the cosmos to all inhabited worlds.

Since its inception, NASA has anticipated the possibility of discovering relics of earlier intelligent activity within the Solar System: “Though intelligent or semi-intelligent life may exist elsewhere in our solar system, it is very likely that if intelligent extraterrestrial life is discovered in the next twenty years, it will be by radio telescope from other solar systems. Artefacts left on the moon or other planets may potentially provide evidence of its presence.”

The Cydonian Hypothesis, which postulates the existence of an old, native culture on Mars that dates to the roughly Bronze Age, was supported by evidence from the two Martian locations Cydonia Mensa and Galaxias Chaos, as demonstrated by physicist Brandenburg in his study. There is proof that a large mixed fusion-fission explosion occurred on Mars close to Cydonia Mensa, according to isotopic and gamma-ray data from the planet.

Large Thermonuclear Explosions on Mars in the Past: Evidence
The noble gases, whose original relative abundances are thought to have been fixed by primordial nucleo-synthesis predating the formation of the solar system, remain nearly free of chemical reactions with the environment, and which provide clues to the processes that have shaped modern planetary atmospheres.

Two noble gas isotopes, 129Xe and 40Ar, dominate their other isotopes in relation to Earth and other inventory, which is a distinguishing characteristic of Mars’ atmosphere. Due to nuclear processes occurring in a planetary environment, both of these gases are known to be radiogenic. Due to its distinctive isotopic characteristics, Mars was identified as the parent body of the SNC meteorites.

It implies that significant radiological processes that produced a significant number of signature isotopes and blanketed the Martian surface in a thin layer of radioactive debris enriched in particular elements relative to its underlying rocks likely took place there. Two significant abnormal nuclear explosions that occurred on Mars in the past can be attributed to this pattern of phenomena.

Since it assumed that the same processes: life, evolution, and civilization, which produced the Pyramids and the Sphinx on Earth, had operated on Mars and for a comparable period of time, it was the most straightforward explanation that could be formulated, based on Viking data, for the apparent archaeology on Mars. 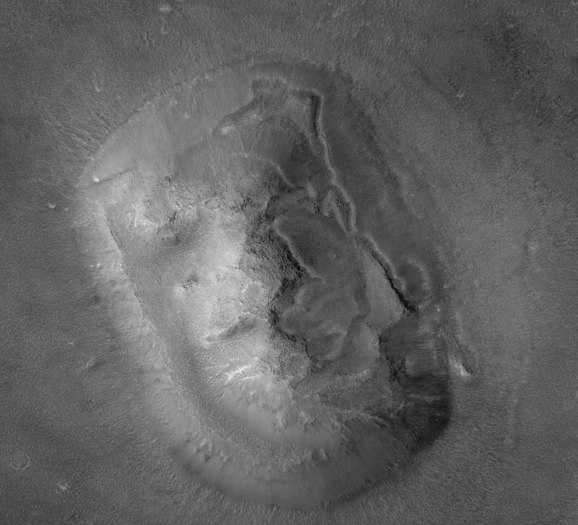 Based on evidence that biology started early on Mars, as it did on Earth, and persisted for the majority of its geologic history. This evidence includes an ocean bed on the youngest part of Mars, a high degree of oxidation in the surface and sediments of Mars, and evidence that both planets evolved with a liquid water environment on their surfaces.

The Face in Cydonia and the neighbouring D&M Pyramid were the two places where the Cydonian Hypothesis was founded, along with evidence of a prolonged Terrestrial climate on Mars.

The author now comes to the conclusion that the CH has been confirmed after higher resolution images of the face and D&M pyramid in Cydonia Mensa revealed apparent brickwork and new anatomical and artistic details not seen in Viking Images, as well as new images of the face “Galaxias A” in Galaxias Chaos (also known as the Utopia site), which confirmed its similar structure to the face in Cydonia Mensa and new details suggesting brickwork.

That is to say, some places on Mars have obvious eroded archaeology from a long-dead indigenous culture, which is compatible with a long-lived, highly developed biosphere on Mars in the past, similar to the one on Earth. In passing, it’s also important to note that the nuclear catastrophe detailed in the paper would have spared certain bacterial species, and these might have been found in Gilbert Levin and Patricia Straat’s 1976 Viking Labelled Release Experiments.

The presence of a long-dead humanoid society on Mars is entirely compatible with both the planet’s apparent long-lived Earthlike past climate and the Principle of Mediocrity, which holds that any long-lived Earthlike environment will eventually give rise to intelligent life. This Martian civilisation likely vanished as a result of an unidentified global d

isaster that transformed Mars’ environment from being Earthlike to what it is now in a very short amount of geologic time. But was it a major nuclear assault that brought this civilisation to an end?

All things considered, the evidence points to Mars being the site of a nuclear war on a planetary scale. Thus, Mars could hold the key to solving Fermi’s paradox. To learn as much as possible about what happened there, Brandenburg suggested that a mission for human habitation of Mars be launched right now. 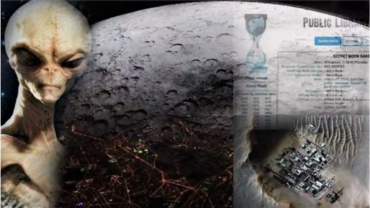