There is only one known intelligent species that exists on Earth and that is Homo Sapiens (modern humans). Is that true? Factually yes, but there are theories stating the presence of other intelligent beings in our solar system and on Earth. The University of Nottingham estimated that in the worst case, there must be at least 30 active extraterrestrial civilizations in our galaxy.

But the important question is: Did any of them contact the inhabitants of Earth? There are no official records of them. But verbally a few people who held reputable positions in the government confirmed the extraterrestrial contact and their regular visit to our planet. 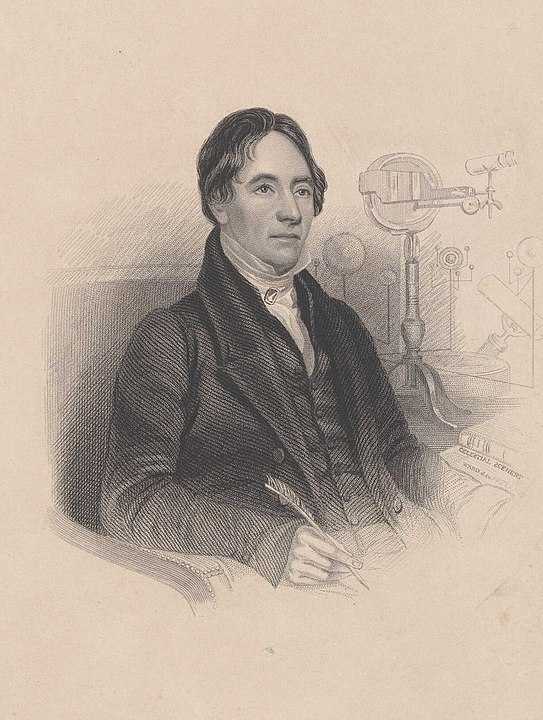 In 1837, the Scottish scientist Thomas Dick figured that there are at least 22 billion aliens (while other sources suggested 22 trillion) living on every surface of the Solar system. He had a really big idea: Build “a huge triangle or ellipsis of many miles in extent, in Siberia or any other country for the aliens to see it with unaided eyes. Though it sounds totally absurd but such thoughts help the human consciousness to explore more into the vast space.

Moreover, there are accounts of locating artificial structures at various places in the solar system. Popularly known as “The Great Moon Hoax” is the story published in The New York Sun in 1835 under the name of the astronomer John Herschel that he had found life on the moon. According to it, Herschel erected a huge telescope in South Africa that magnified celestial bodies up to 42,000 times. When he pointed at the Moon, he saw giant creatures and humans living on it. The story later became the most famous media hoax of all time. But is it?

In a podcast with Lex Fridman, a research scientist and lecturer at MIT, Dr. Nolan expressed his views on UFOs, alien civilizations, crashed materials & possession of UFO materials. 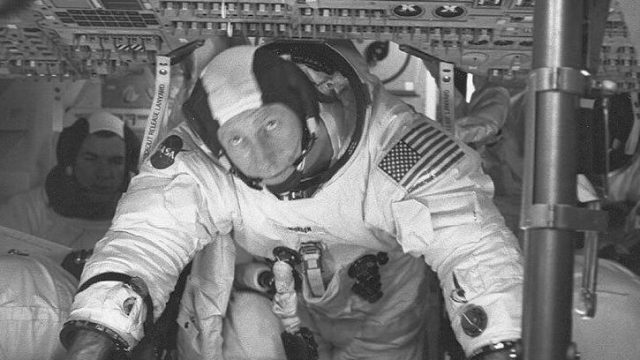 Fridman asked Dr. Nolan: “How many alien civilizations are there in the universe?” He replied: “Innumerable. I would just be surprised – what a waste of all that space, just for us. What kinds of empires have risen and fallen across that space that we’ll never know about, and isn’t that sad, to not know about something so grand.”

Is there any alien civilization in contact with humans?
Contact with intelligent life other than humans is not just a modern conspiracy but it is mentioned in the ancient texts. Sumerians texts likely hint at the “Supernatural Beings” (Anunnaki) that came from heaven. Th is was even highlighted by Former Apollo Astronaut Al Worden.

“We are the aliens, but we just think they are somebody else. But we are the ones who came from somewhere else, because somebody else had to survive, and they got into little spacecraft then they came here and landed, and they started civilization here. And if you don’t believe me, go get books on Ancient Sumerians and see what they had to say. They’ll tell you right up front,” Worden added.

In 2017, the CIA declassified about 12 million pages of records revealing previously unknown details about the program that later became known as the Stargate Project. In the CIA documents, one experiment is described where the most famous medium of this project, Joseph McMoneagle, was offered to take an astral journey to Mars approx. 1 million years B.C in 1984. He did see the civilization that lived on the Red Planet during that time. [Click here to read the full article]

Another story of contact comes from the late CIA pilot John Lear. 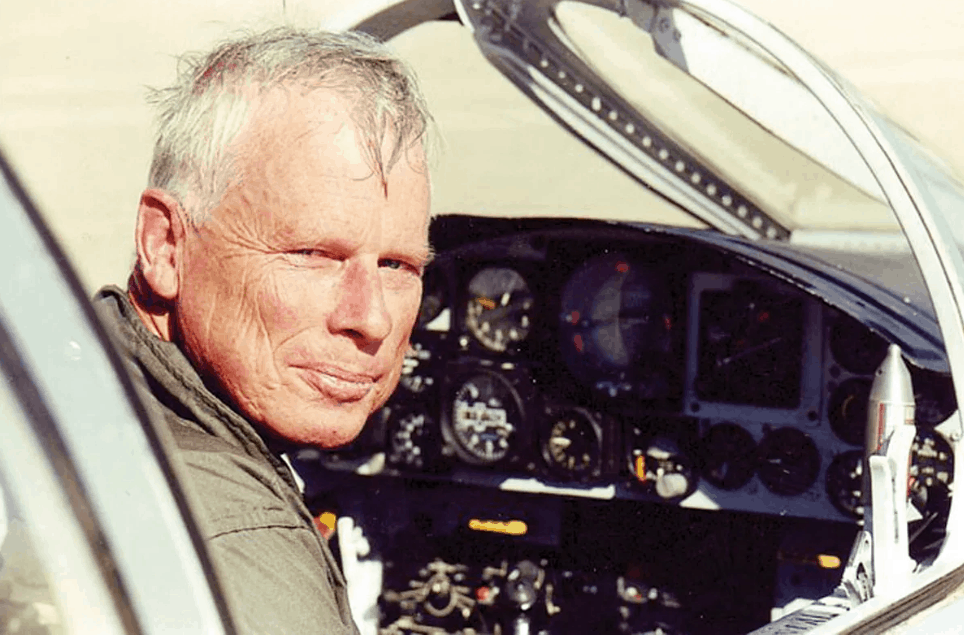 Lear talked about a July 1987 incident when an enormous UFO reportedly followed a cargo plane over Anchorage, Alaska, and a 1975 incident when UFOs reportedly hovered over Strategic Air Command bases. Investigative journalist George Knapp asked Lear about the church’s view of UFOs in the interview in “On The Record,” a 30-minute TV show broadcast on KLAS TV in Las Vegas in the late summer of 1987.

At one point, Lear said: “The problem is not only just the fact that there are five and as many as 10 different civilizations visiting us. Apparently, and this is from the research that I’ve done, at least 90% of them are hostile. And when I say hostile, if not hostile, they have a completely different set of morals than we do.”

During his interview with Coast to Coast AM radio program, Lear made some statements that could be hard for anybody to digest. He said that in 1953, a UFO crashed with an extraterrestrial named EBE 3, who helped the US government to build spacecraft with alien technology. Then he said that in 1962, a craft with incredible speed was built to carry passengers and take them to Moon in just 60 minutes. In 1966, NASA had a trip to Mars. What’s more, “humans there were adapted to breathe in the thin atmosphere.”

John Lear also said that NASA astronauts flew to Mars in 1966. Moreover, Lear believed that astronauts had been preparing for this mission especially long. They introduced certain drugs into the body, allowing people to adapt to Martian climatic conditions. Allegedly, those astronauts could breathe rarefied Martian air, so NASA had the opportunity to launch humans on the red planet for a longer time.

There is another case that adds some light on the origin of humans. Alex Collier is one of the famous alien contactees who claimed that for over 30 years, he had been in contact with aliens from the constellation Andromeda. Their contact included multiple visits to aliens’ spaceships and telepathic connections for decades. Many well-known UFO enthusiasts considered Alex to be credible, at least in the sense that he tries to convey as fully as possible the information received from his contacts with the Andromedans.

Alex Collier said that his first encounter with the Andromedans took place in 1964. Since 1985, he had been in constant and consistent communication with them. In 1993, he began attending seminars where he started sharing the information he received from the aliens with the people. In 1997, he even got a threat from some unknown people who wanted him to stop spreading the information. He took it seriously and did not speak until 2002. 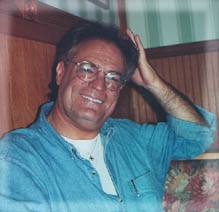 In his last lecture before he retired from the UFO lecture circuit in 2002, Collier said that the ancient alien race known as the “Founders” are responsible for building planets’ environment and make them suitable for life. The Andromedans and the Pleiadians believed that this ancient alien race is called the “Paa Tal.”

He even said that those aliens are capable of removing moons to alter the planet’s position from its sun to control the amount of radiation. Andromedans could reportedly create a solar system.

According to Collier, humans are consist of 22 extraterrestrial races. In his interview in 1994, he said that all human life originated from the constellation Lyra. He said that the aliens from Andromeda were humans in every way. They were 4 to 8 feet tall with white & blue skin. He even talked about the missing children, the coming New World Order, control of dark forces on the world politicians, the existence of Reptilian aliens, our religions, and the history of Earth and our Universe.

Conceding the Collier case, there might be some truth as Former Canadian Minister of Defense Paul Hellyer said that aliens not only exist but are on Earth among people. He said that there have been four alien species visiting Earth for thousands of years.

Paul Hellyer, who held a high public office in the 1960s during the Cold War, claimed that he had learned for certain about the existence of aliens during his time in the military. According to him, the inhabitants of other planets have visited the Earth for millennia. 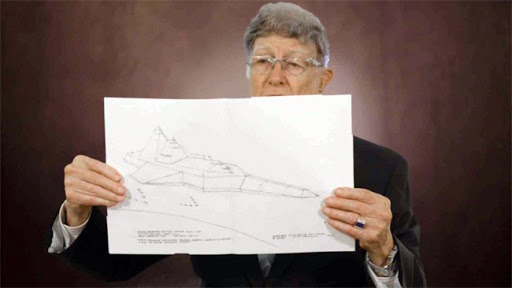 The behavior of extraterrestrials toward humans is divided into both good and bad notions. In Astronaut Edgar Mitchell’s case, the aliens are called non-violent whereas Lear called them hostile. It can be possible that humans might be in contact with both friendly & hostile alien civilizations.

William Tompkins (1923-2017), one of the most secretive scientists in the United States, talked about the role of alien intelligence in a secret space program in his book, “Selected by Extraterrestrials: My life in the top-secret world of UFOs, think-tanks and Nordic secretaries.” [Click here to read the full article]

He discussed two different alien species: “Draco,” whose aim was to eliminate humans from Earth, and “Nordics,” who helped the US to kickstart the Apollo program. 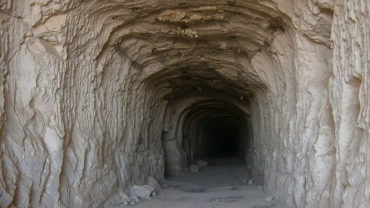