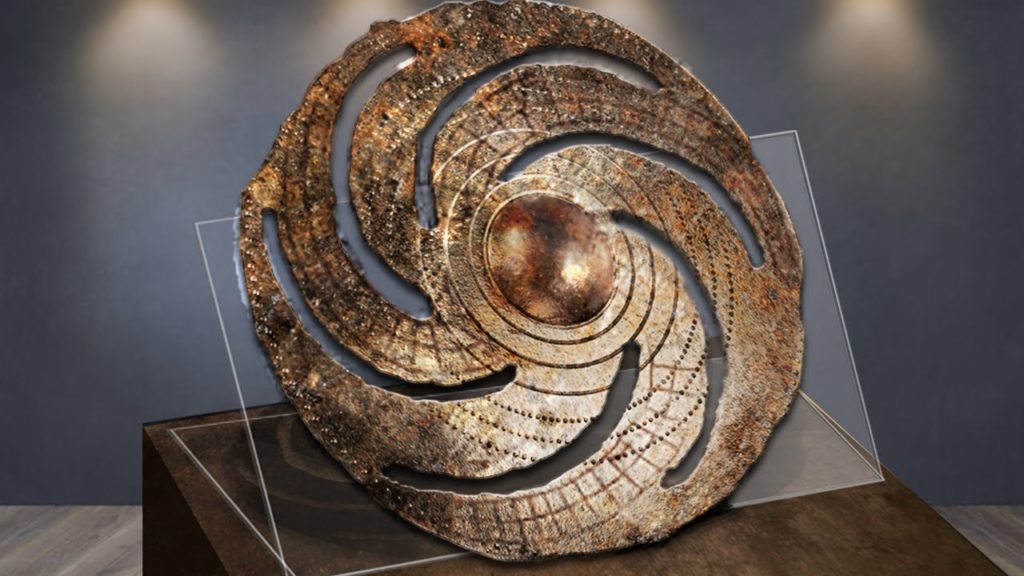 Better known as the “disco Colgate,” this copper disc was made by the Moche or Mochica Culture from the northern coast of Peru. The Moche made many discs, made from large sheets of copper that they would then hammer into shape and decorate. Most have embossed creatures or symbols such as the sun and its rays.

The island of Malta is home to several ancient temples that pose more questions than answers about their builders. They were built during the fourth and third centuries B.C. and are aligned to the equinoxes, with some unique markers for the solstices and even an old calendar marker. 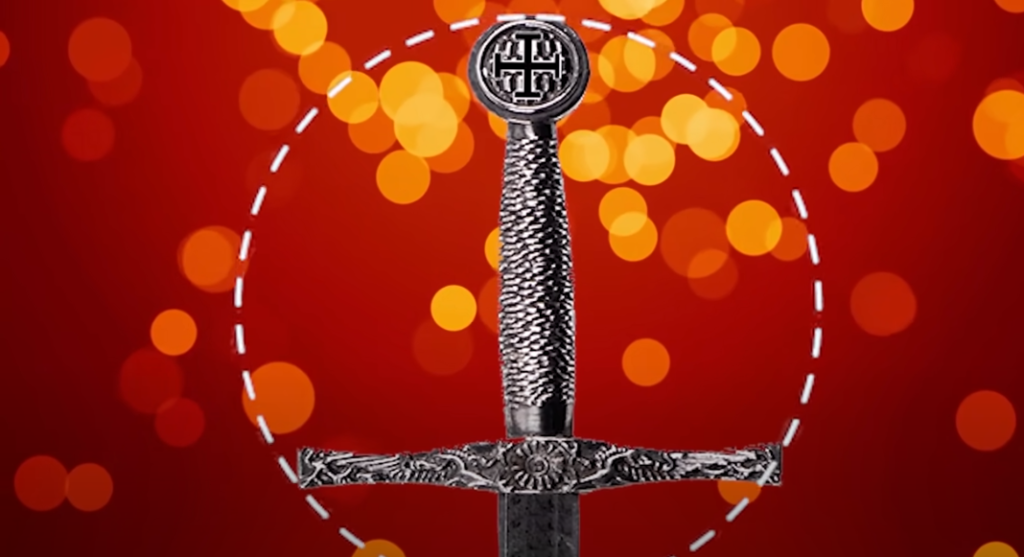 In July 1825, a 13th-century double-edged sword was discovered in the River Witham in Lincolnshire, England. In 2015, the British Library appealed to the public for help deciphering a strange inscription found on the sword. 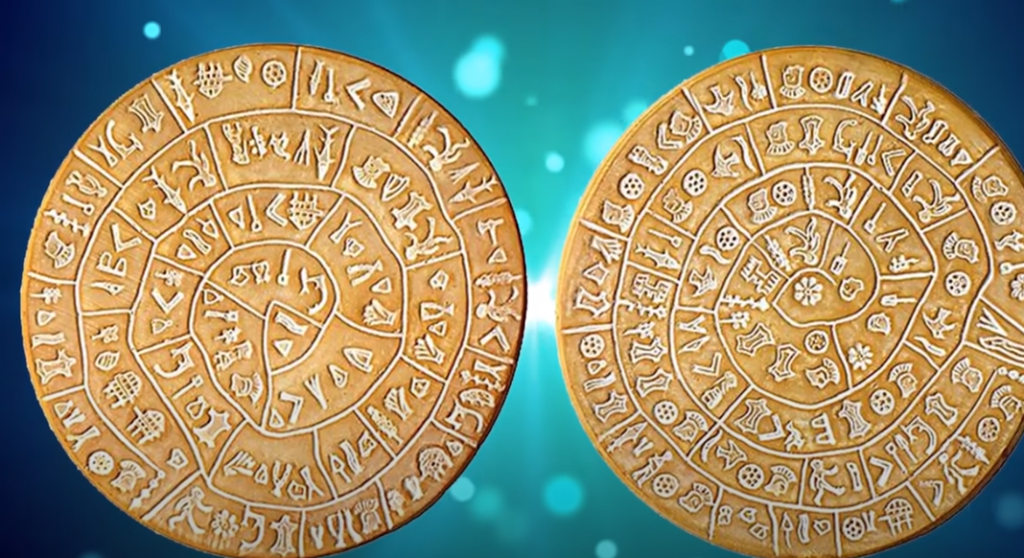 Discovered in 1908 at the Minoan Palace of Phaistos on Crete, the Phaistos Disk is a fired clay disk measuring roughly 6.3 inches (16 cm) in diameter. Each side contains 242 undeciphered symbols arranged in a spiral. 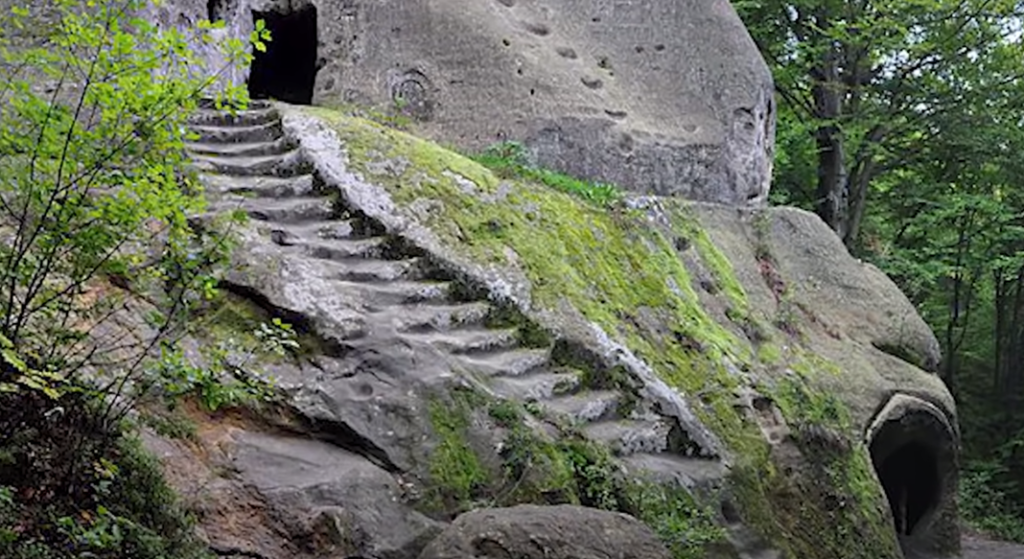 In the Carpathian Mountains of western Ukraine sits Rozhirche Village, where there’s a unique cave monastery dating back to sometime between the 13th and 14th centuries. Built into 70-million-year-old rock, no one knows when the monastery was founded and for what purpose. We know that it was used heavily by pagans, as evidenced by the artwork on the walls, but the rest is still a mystery. 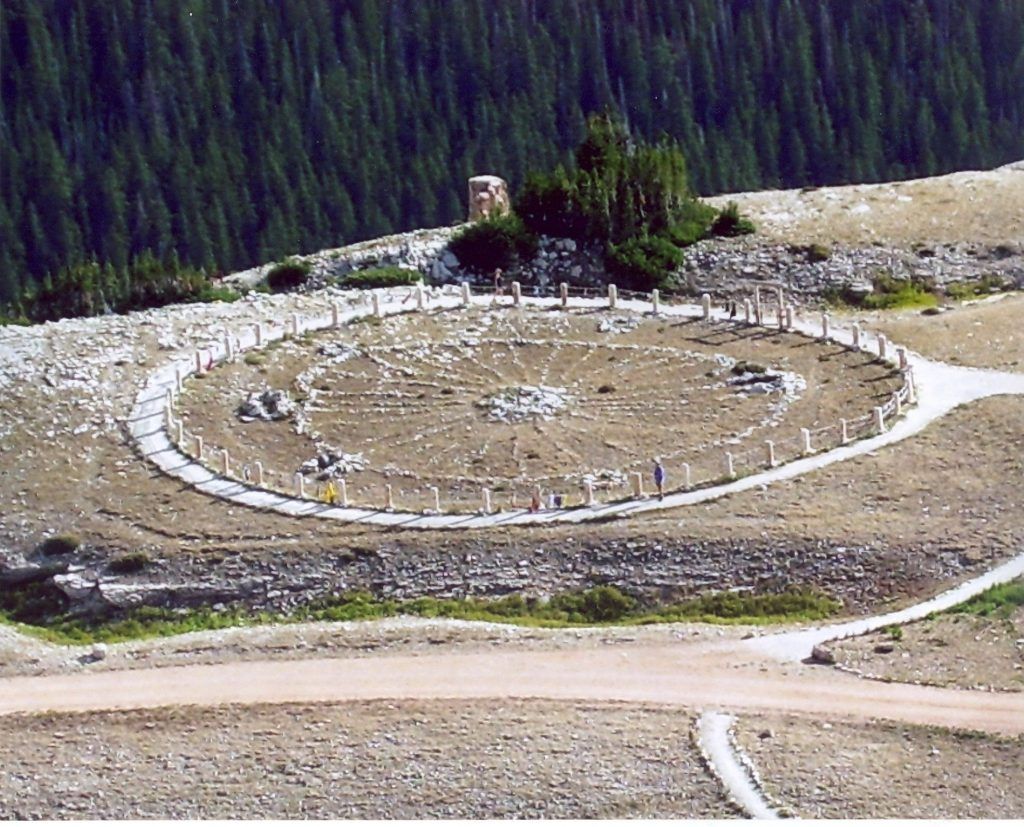 Sitting at an altitude of nearly 10,000 feet (3,048 meters) at the summit of Medicine Mountain in north-central Wyoming’s the Bighorn Mountains is a mysterious stone pattern that spends most of the year covered in snow. It measures 80 feet (24 meters) across and has 28 spokes stemming from a central ring-shaped rock pile, or cairn, surrounded by six similar cairns throughout the wheel’s circumference. 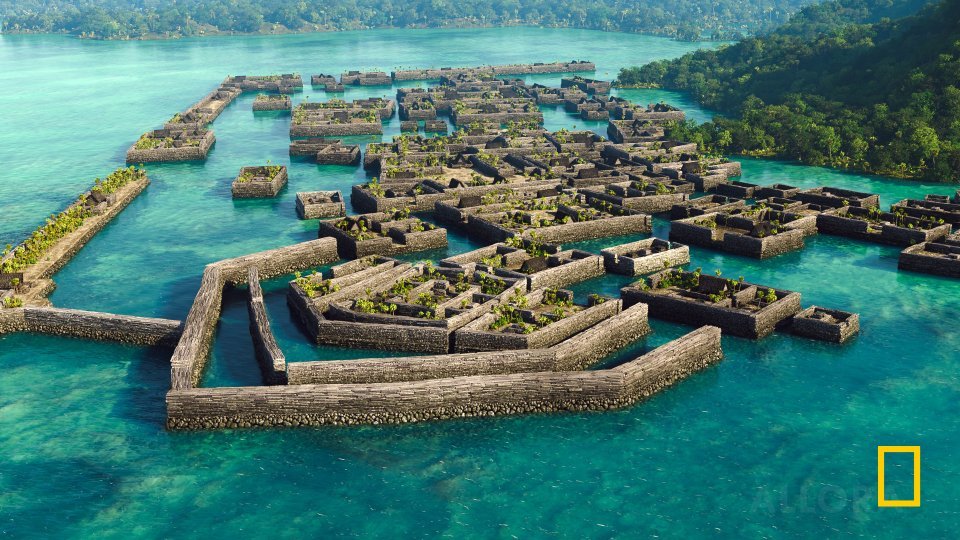 Nan Madol is the only ancient city built on a coral reef. It was constructed on the southern shore of what is now the island of Pohnpei in Micronesia. Its ruins, which constitute one of the oldest archaeological sites not on a heritage list, are made of elaborate stones and columns that are so heavy nobody knows how they were transported to the site. 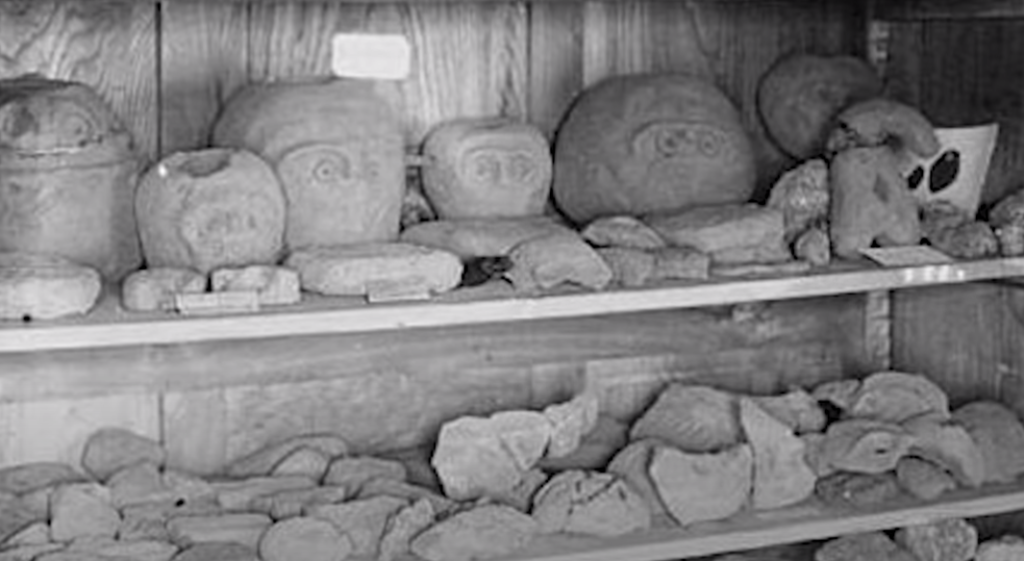 In 1924, a 17-year-old French farmer named Émile Fradin got his foot stuck in the ground while plowing a field in Glozel, France. Instead of being a regular hole, it turned out to be an underground chamber. Over the following years, more than 3,000 artifacts were allegedly found in the cavern, including items made of ceramic and bone, as well as masks and statues! 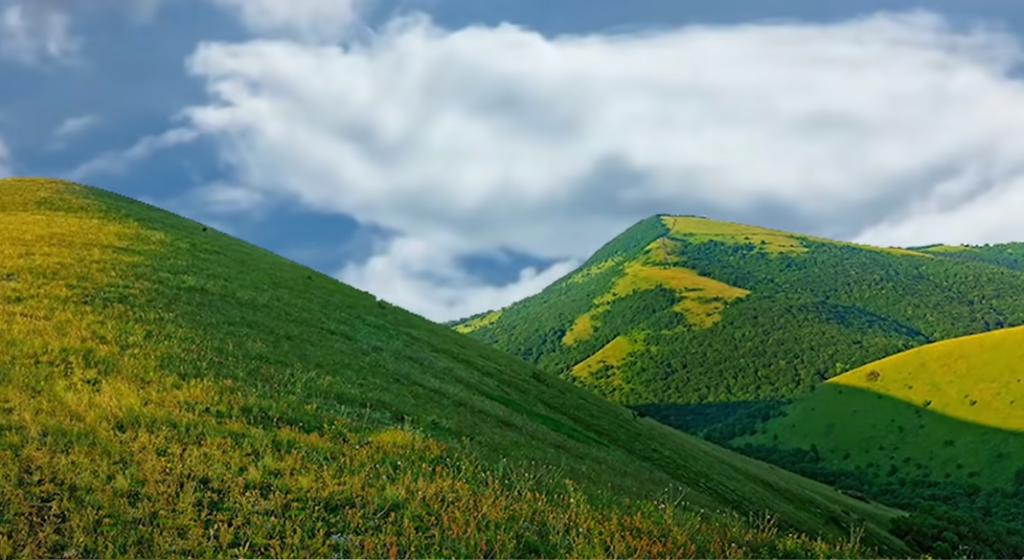 It is easy to overlook the eight grassy mounds in a field, but known as the pyramids of Sona. These formations have a dark past. Located in Brasov County, Romania, roughly 155 miles (250 km) from Bucharest, the country’s capital city, the pyramids of Sona are situated in two rows, with each measuring up to 100 feet (30 meters) high. 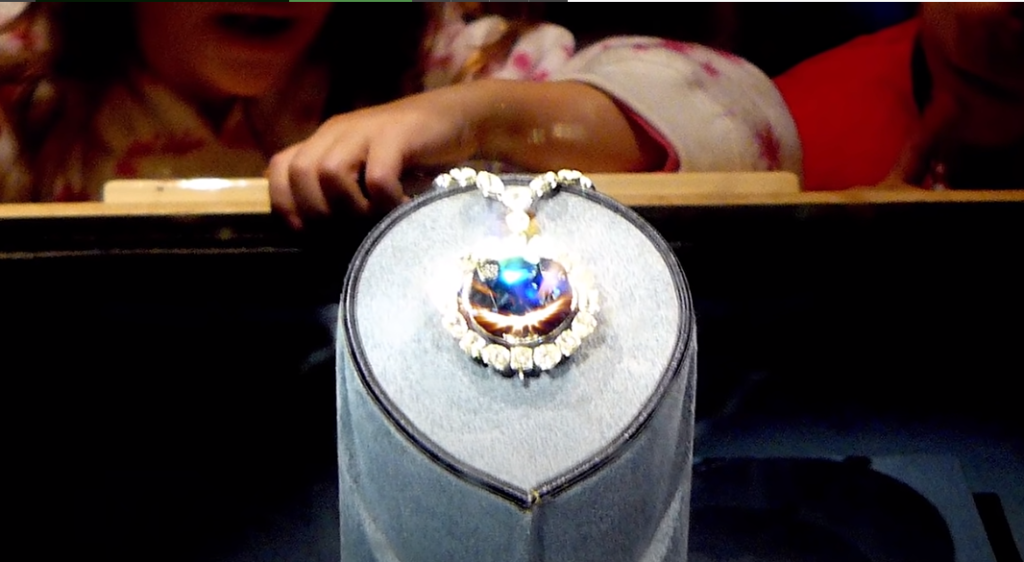 The Hope Diamond is a 45-carat blue gem roughly the size of a walnut. It is arguably the world’s most well-known diamond. Many believe that the stone, worth an estimated 350 million dollars, is cursed. 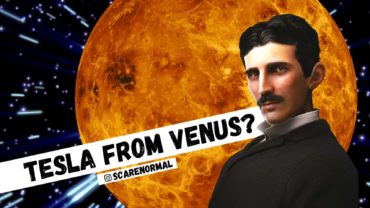