The cuneiform tablets discovered at Nineveh include fascinating information about giants, weird beasts, and enigmatic flying ships. Uruk continues to hold many human mysteries, shocking traditional archaeology with each new dig with stories that have been concealed from us for decades. 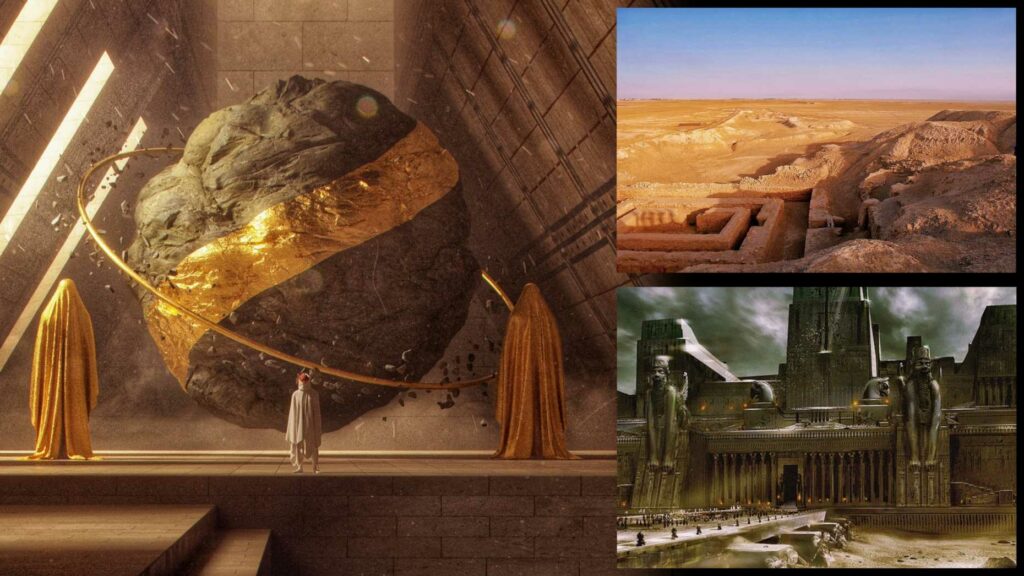 Uruk was a city that flourished south of the river valley, on the banks of the Euphrates, and its civilization expanded throughout Mesopotamia to become the world’s earliest and most significant metropolis. Cradle of mythical rulers such as Gilgamesh.

A God was far from what we recognize as “human” and more akin to a mysterious creature. But, before we get to Gilgamesh, we must first discuss the beginnings of one of antiquity’s most mysterious civilizations. 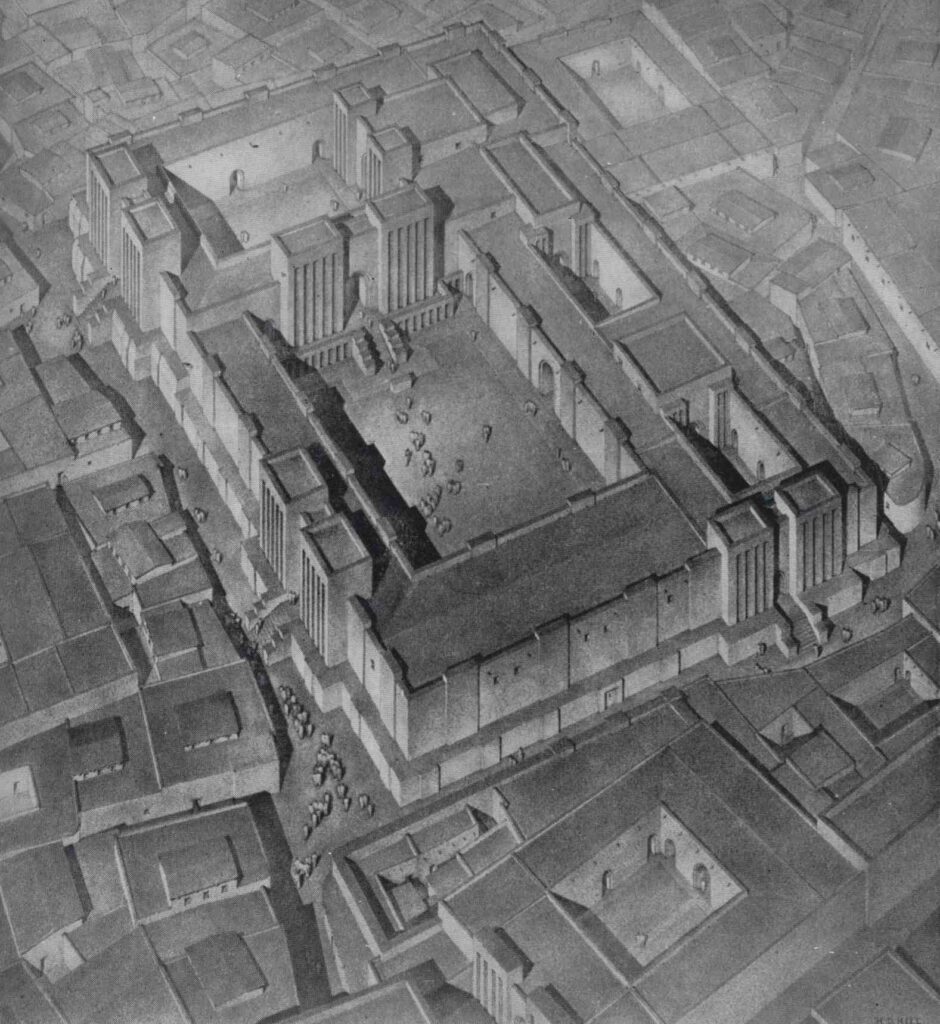 It was discovered in 1849 thanks to William Loftus, even though the most renowned archaeologists did not reach it until the following century; 1912-1913. Together with the East German Society, Julius Jordan discovered the Ishtar temple at that time, surprising it with its adobe mosaics and bricks.

But what surprised him most were the ruins of the ancient wall that covered the entire city for more than 3,000 years BC, which, according to later studies, reached more than 15 meters in height and was more than 9 kilometers long wall built by King Gilgamesh.

In the 1950s, Heinrich Lenzen found some tablets written in the Sumerian dialect and dated from around 3,300 BC. That described Uruk as the first urban center that used writing as a common means of communication in everyday life.

All of these discoveries demonstrated, quite contrary to what everyone believed at the time, that Uruk became the first urban human settlement and the nucleus of society, with a flourishing economic power superior to anyone. In addition, it stands out in the succession of temples crowned in ziggurats and palaces, with at least 80,000 inhabitants, making it the first city on the planet.

Why did he stand out so much above the others? 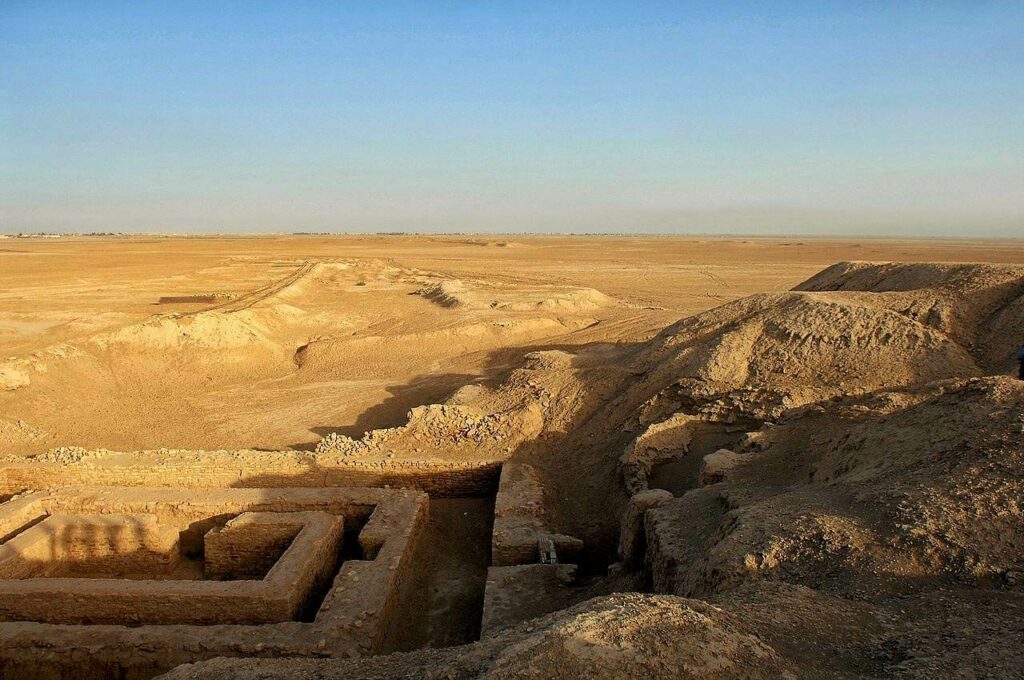 Uruk has also lived through different stages throughout its history. Its foundation was a Neolithic settlement around 5,000 BC, making it a mighty city, significantly advanced and considerably influential between 4,000 and 3,000 BC, until its fall after 700 AD. Even so, Uruk’s influence was so powerful that it took a period to bear his name, making it the most influential metropolis of human societies.

However, it is not yet known how Uruk became the epicenter of society and had so much dominance. His economic power was known, the perfect lands that existed in the valley of the two rivers, which certainly made him grow the best food in the region.

Possibly this attracted more people (which would have caused a more than significant increase) who joined urban planning, creating a business with different regions, making people not need to fight for their livelihood, allowing them to dedicate themselves other tasks, creating all kinds of activities, parties, art and more.

But it is also believed in theoretical circles (theorists of ancient astronauts, alternative theorists, and others who do not believe in history as we were told) that he had a “divine” influence, which did not belong to this planet.

The incredible and inexplicable stories of the gods

The origin of this advanced city was Enmerkar, a being in the eye of the storm for a long time for several reasons. Zecharias Sitchin, one of the most outstanding scholars of antiquity, even mentions the dispute between Enmerkar and the Lord of Aratta.

A dispute ended with a great storm that triggered a terrible drought that invaded Aratta, which Enmerkar wanted to take advantage of to conquer his kingdom.

The lord of Aratta, according to what is reported, declared the following: “Inanna, the queen of the lands, has not abandoned her home in Aratta; do not hand Aratta over to Erek. Inanna was a Goddess who moved in her “spaceship,” and can be seen in representations as if she were piloting some ship.

Gilgamesh, humanity’s first epic
The cuneiform tablets found in Nineveh tell stories of giants, strange monsters, and, of course, mysterious flying ships. Of all these, the most striking is that of Gilgamesh, considered the oldest epic of humanity, even more than the Old Testament, which copied its creation story, changing the name of Gilgamesh to Noah.

A 5,000 years ago who tyrannized Uruk, specific historical texts show him as someone who existed with a fantastic and unknown origin.

Unfortunately, its complete history has not survived over time, but what can be perceived in the rest of the tablets found shows a history of struggle, life, and death. The Sumerians considered Gilgamesh to be “the man (entity or being) for whom all things were known (unlimited knowledge).” They said it was a hybrid between gods “who came from heaven” and humans.

In addition, they mention that it had no defects; when the gods created it, two-thirds of God and one-third of humans did. Creating a perfect being. As we have seen, many passages from “our history,” told by archeology and orthodox and traditional history, hide many details about our origins. Uruk is a clear example of this, along with his stories about gods that make us wonder if there was no “influence” beyond what we know.