The theme of the Anunnaki has offered a new perspective on the universe to Ancient history. The translations of Sumerian cuneiform tablets, allegedly made by ancient astronauts, are fundamental to the hypothesis of a highly advanced civilization visiting Earth and creating the human race, according to scholar Zecharia Sitchin. He claimed to have invented a story in which a race of intelligent beings known as the Anunnaki entered prehistoric humans’ DNA (Homo erectus). His book collection “The Complete Earth Chronicles” laid the groundwork for ancient aliens or gods who were responsible for humanity’s progress in prior generations. 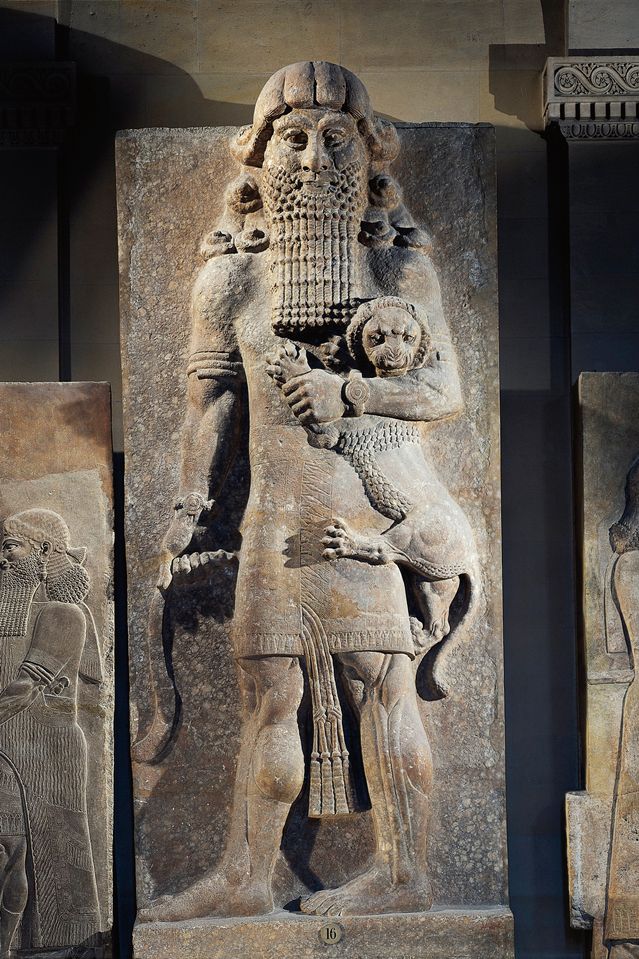 According to Sitchin, the Annunaki altered the DNA of primitive humans 450,000 years ago by mixing their genes with theirs and putting them to work harvesting Earth’s natural riches like gold. Nibiru, he stated, has a lengthy elliptical orbit and passes close to Earth every 3,600 years.

He further claimed that the planet was home to highly superior human-like beings that stood taller than humans. They were drawn to Southeast Africa’s gold riches around 450,000 years ago. So, who were the Anunnaki, and how did their portrayal in the ancient world differ from that of the Ancient Astronaut in the mainstream media?

The Sumerian deities known as the Anunnaki (translation: “princely offspring” or “offspring of An”) are said to have descended from heaven to Earth. They are the progeny of the sky deity “Anu” and the soil goddess “Ki,” and they constitute a pantheon of gods. According to certain researchers, including William Klauser, the Anunnaki were more akin to demi-gods.

“Some academics doubt whether Ki was recognized as a divinity because no evidence of a cult exists and the name appears only in a few Sumerian creation texts,” he says. Samuel Noah Kramer connects Ki to the Sumerian mother goddess Ninhursag, claiming that the two were formerly the same. She was later transformed into the Babylonian and Akkadian goddess Antu, consort of the Sumerian god Anu. 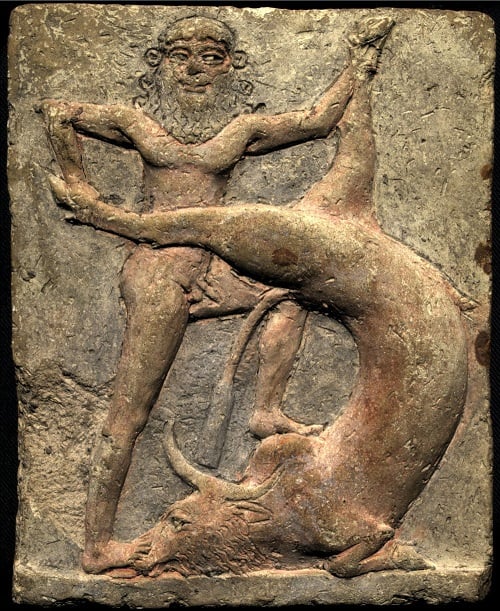 If this is the case, the Anunnaki are the offspring of the sky god Anu and a mortal woman. This idea of half-divine individuals produced from the mating of gods and mortals may be found in the Bible, where they are referred to as Nephilims. 6:4 in Genesis

Nephilims were believed to be the offspring of “the sons of God” and “daughters of men.”

The word Nephilim appears twice in the Bible, the first time in Genesis 6:1-6 and the second time in Numbers 13:33.

The word Nephilim is translated as giants or lost ones by scholars and commentators. 200 fallen angels known as the Watchers, led by a figure named Semyaza, fell into Mount Hermon (mountain cluster that lies between Syria and Lebanon) and took a pledge to sire lineages with human women, according to The Book of Enoch. Great giants were formed later as a result of the mating of these angles with human women. The mighty beings born to the Watchers are referred to as the Nephilims in Hebrew literature.

Mount Hermon was known since ancient times globe not only as of the secret resting site of the Anunnaki but also as the mountain of the heavenly assembly of the northwest Semitic god El, the creator god of their pantheon, according to Belgian researcher Edward Lipinski. In addition, his reading of the Gilgamesh epic in the Old Babylonian translation shows that the Sumerian monarch traveled to Mount Hermon. 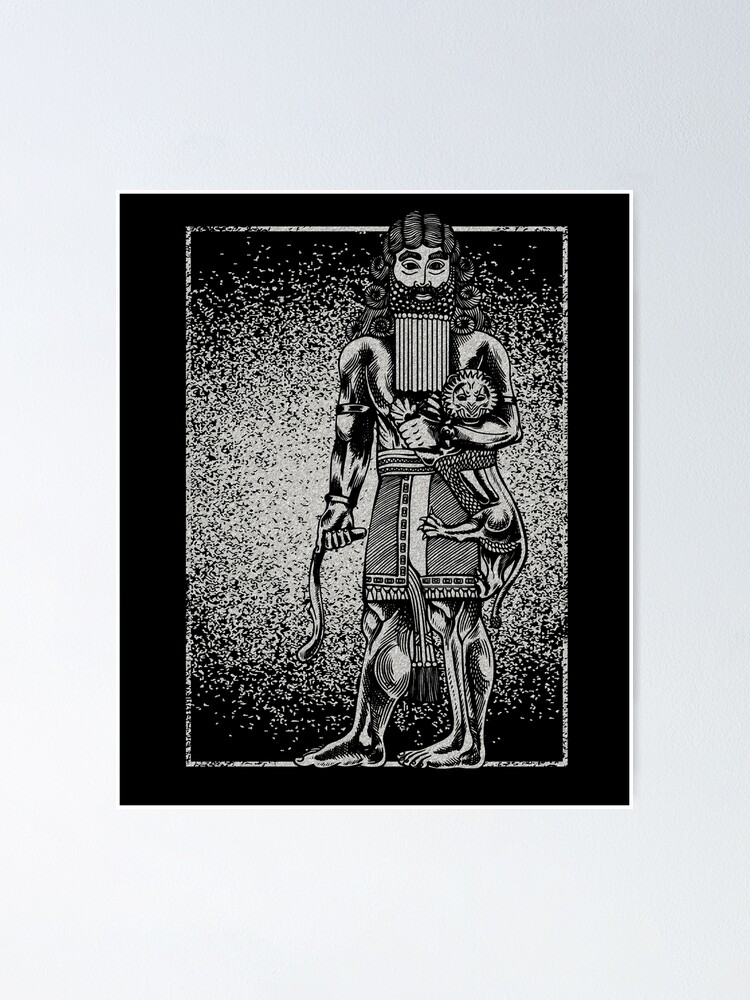 “He probed everywhere the seats of authority, he learned the totality of wisdom about all things,” according to Gilgamesh’s Ugarit Epic. He who went the long path to Utter- napisti, who crossed the ocean, the great sea, as far as the morning, brought back news from the prehistoric period.” (To read the whole article on Gilgamesh, go here.)

Interestingly, numerous ancient accounts (for example, the Qumran version of the Book of Giants) claim that Gilgamesh was a huge demi-god. According to The Gilgamesh Epic in Ugarit, Gilgamesh would be taller than other kings. He stood between 4.8 and 5.4 meters tall, according to estimates (16and18 feet).

“Many literary pieces, most famously the Epic of Gilgamesh, examine the meaning of death, narrate the fate of the deceased in the netherworld, and explain mourning ceremonies,” according to the World History Encyclopedia. Other writings were likely written to be repeated during religious rites involving ghosts or dying gods. Gilgamesh, Enkidu, and the Netherworld, Ishtar’s Descent to the Netherworld, and Nergal and Ereshkigal are among the most famous of these ritual texts.”

According to the cuneiform tablets discovered in the remains of Nippur, there are seven Anunnaki who lives in the Underworld and function as judges. They fasten their “eyes of death” upon Inanna, forcing her to expire in Inanna’s Descent into the Netherworld.

Well before the global flood, the Anunnaki deities were associated with knowledge of the world, and they were afterward allocated tasks in the underworld. Similar accounts about them can be found in Genesis Chapter 6, 1 Enoch, and other non-biblical sources. 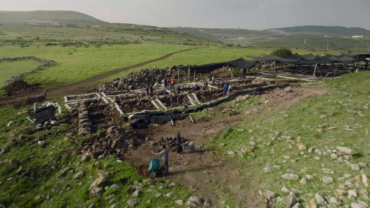