A 2,500-year-old Amazon warrior woman has excited researchers. Experts from the National Academy of Sciences unearthed the remains a couple of years back. 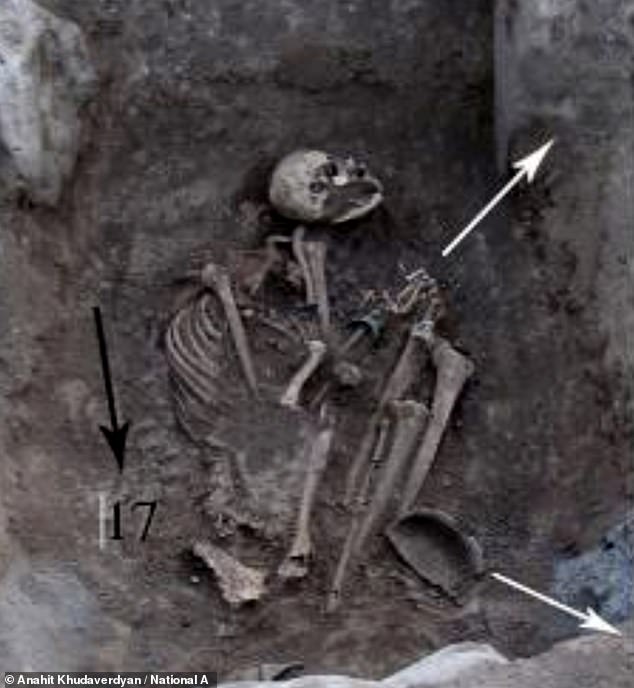 The strong female fighter was in her 20s when she died was buried with a ‘rich inventory of goods’ including jewellery, experts confirmed. The grave was discovered in Armenia

This study shines a light on the warrior’s culture and possibly on an Ancient Greek myth.

This female warrior skeleton was unearthed in what’s known as the Bover I necropolis in Lori Province, northern Armenia. She was part of the Urartu peoples established there between the 9th and 6th centuries B.C. Woe betide anyone who got in their way; they defended their territory to the hilt with various injuries on the skeleton, revealing their tenacity.

5 feet 5 inches tall, this badass warrior woman believed to be in her twenties was buried with ceramic vessels and jewelry dating it to the Early Armenian period (8th-6th century B.C.). The royal burial site at Urartu –an Iron Age kingdom – was housed in a unique cultural environment focused on hunting, the military, and a trade economy.

The National Academy’s team, led by Dr. Anahit Khudaverdyan, published their report in the International Journal of Osteoarchaeology.
Badass Women Warriors This is a branch of archaeology devoted to human remains. They “identified a rich array of traumatic lesions, which shed light on her daily activities, occupation and warfare practice.” 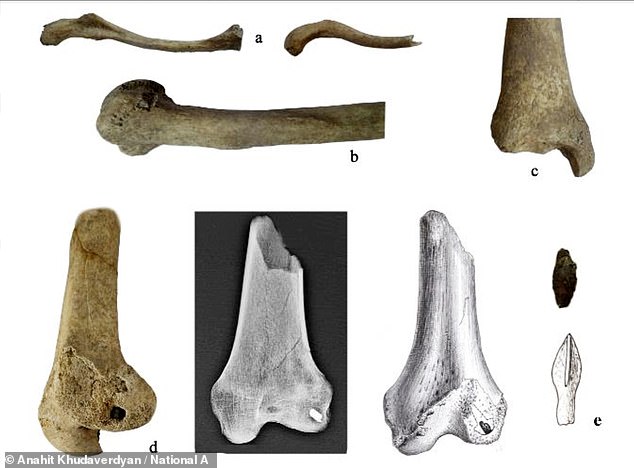 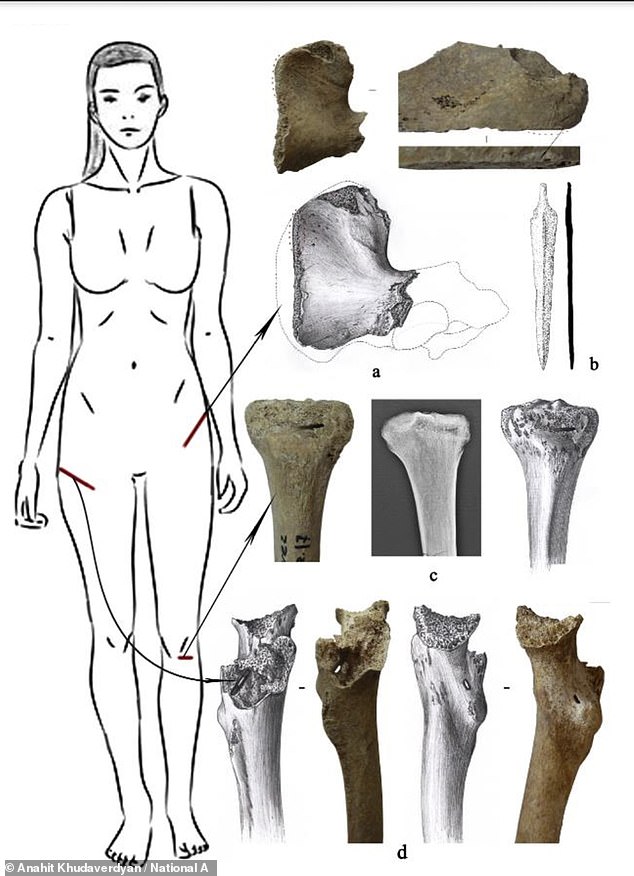 A report mentions overly-gory details such as “a trapped metal arrowhead in her femur.” It is unclear at this time if she was trapped or if this wound happened long before her demise, with later injuries leading to her violent exit.

Forbes writes, “Her perforated skull suggests a violent death, while her chop and stab wounds suggest she went down fighting.” However, it doesn’t appear to have been quietly! “Her injuries suggest she was struck by a sword and finished off as she lay on the ancient battlefield by a hatchet.” Quoted in the Daily Mail.

This information on this woman’s body indicates that she was a fierce warrior who enjoyed battle and bloodshed. She had strong muscle attachments, highly developed pectorals, and deltoids, so that she could have been an archer. Her big gluteal muscles could have also come from hunting or riding horses.

Though it’s thought Urartu men and women often hunted together, only one other female example has been located in this area.

The presence of such a skeleton puts flesh on the bones – so to speak – of a theory regarding the fabled Amazon women.

The Mail says Warriors like these inspired greeks in Armenia. “Sources in Ancient Greece indicated the existence of so-called Amazon Women in the mountainous Caucasus region (between the Black and Caspian Sea).” 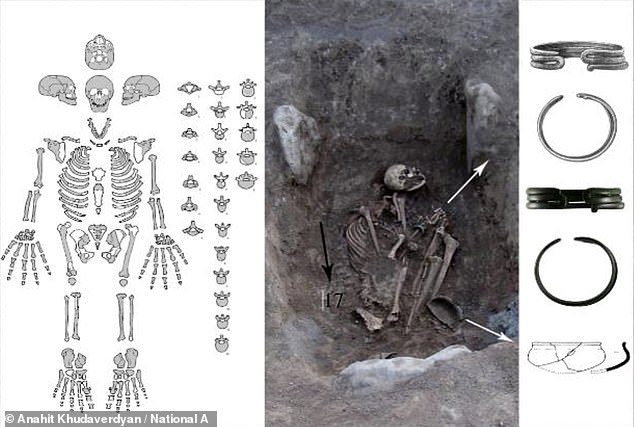 Amazons were legendary in status – ancient female fighters, formidable in combat. The legacy lives on in the enduring character of D.C.’s Wonder Woman, whose Amazon such tales inspired background and ability.

The truth is probably removed from this idealized example, but what’s obvious is that badass women warriors must have existed at some point in history.

According to National Geographic, Uratus’ enemies, the Scythians, definitely fit the bill of being Amazonian. The two parties would clash in the struggle for territory, and in both cases, women played a significant role on the battlefield.

Thousands of Greeks’ graves of people called Scythians have been dug up. They turn out to be people whose women and men fought, hunted, rode horses, used bows and arrows, just like the women.

As the Mail points out, throw in the warrior’s status, and a compelling picture is painted. The Mail adds that “The rich inventory of her grave including jewelry suggest the woman was high status.”
A new study is the latest find that presents the most convincing case yet for a real-life Amazon woman or at least the powerful inspiration for this classic myth. 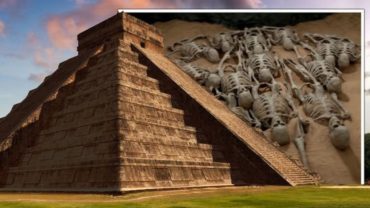