An enigmatic 40,000-year-old bracelet is one of the last pieces of evidence that would show that ancient civilizations existed that had access to advanced technology. Scientists believe that whoever made this impressive piece of jewelry most likely had some technology that would be similar to that of a modern drill. 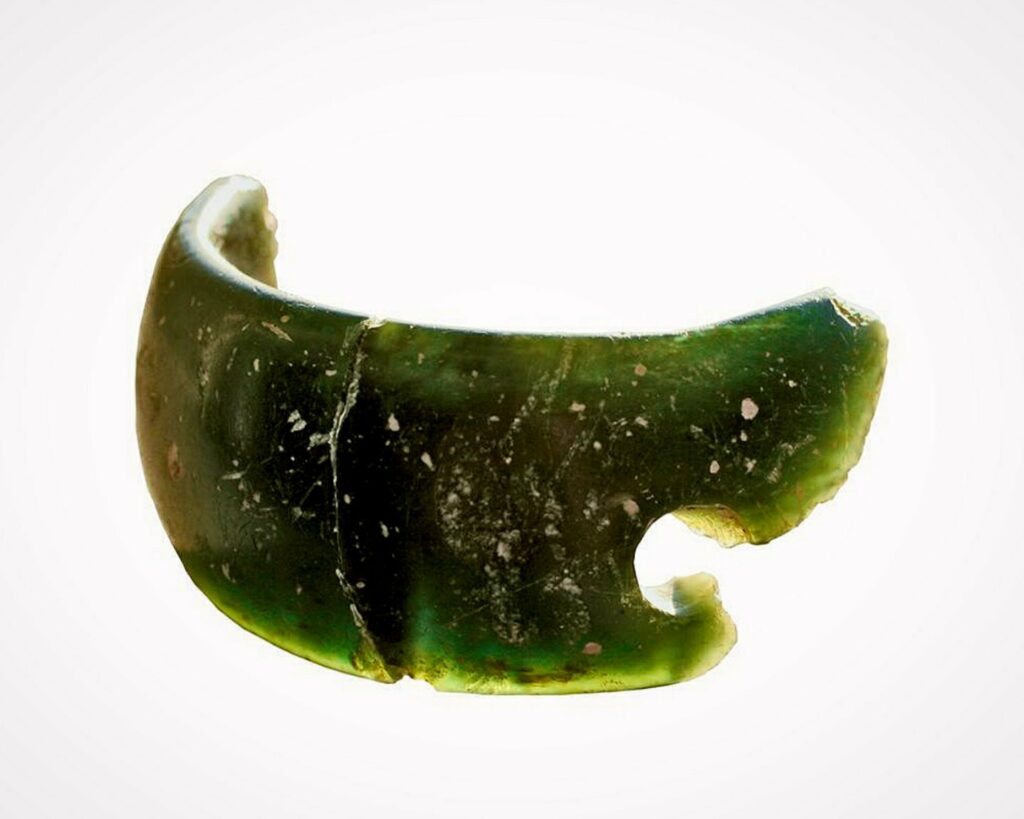 Back in 2008, paleontologists unearthed a remarkable stone bracelet in the Denisova Cave, located in Siberia’s Altai Mountain Range. Dubbed as the “oldest piece of jewelry ever found,” the bracelet is thought to have been made by an extinct species of ancient humans. The region is known for having been the scene of discovering numerous well-preserved animal fossils ― thanks to the freezing temperature, which keep the remains of now-extinct species in good condition.

The mysterious bracelet would belong to a group of human beings that does not match Neanderthals or other modern human DNA because of more than 200 genetic markers. They are called the “Denisovan” or “Denisovan hominins.” This mysterious group of people lived approximately 600,000 years ago, and according to leading scholars, they were nomadic people, underdeveloped. However, the evidence suggests something very different, as the bracelet discovered inside the cave would show that these ancient people were very ingenious craftsmen. 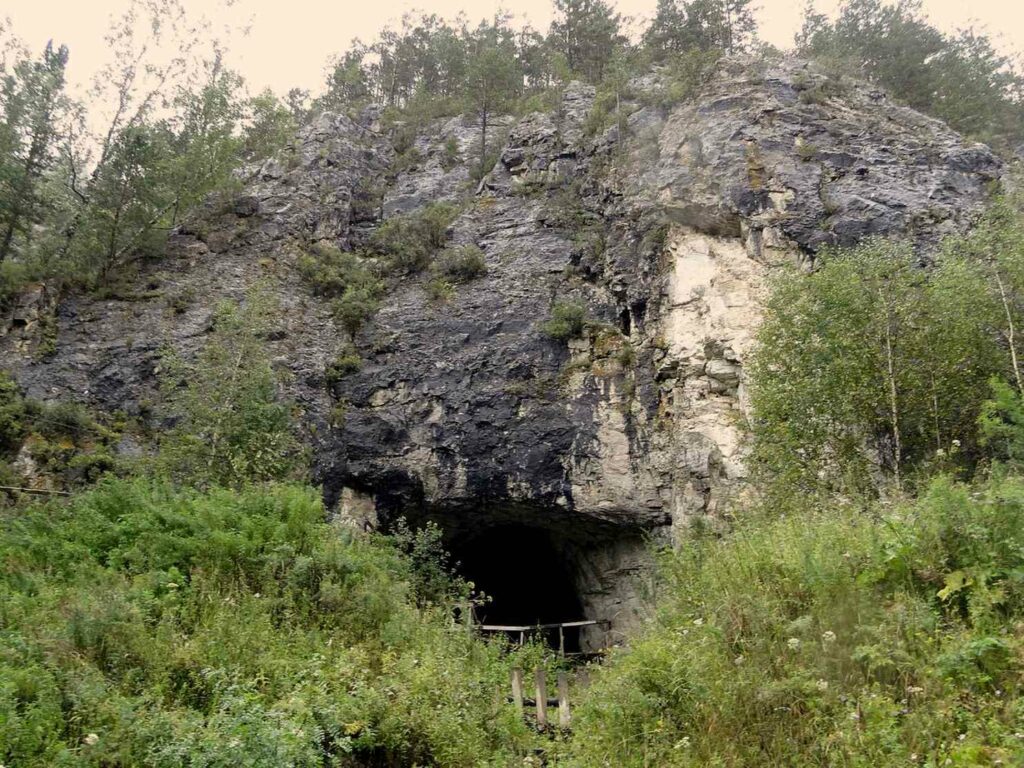 Alongside the ancient bracelet, researchers also discovered bones of a woolly mammoth and the shockingly-preserved pinkie finger bone of a little girl who, scientists later determined, was not a human at all. After extensive DNA tests, researchers concluded that the Denisovan girl had brown hair, eyes, and skin and was between 5 and 7 years old when she died.

Although the remains of this ancient species provided numerous details, it was the incredible artifact that generated the interest of many researchers. According to tests, the precision and level of cut and polish on the bracelet would not correspond to when it was manufactured (according to our conception of history). Even more interesting is that the stone from which the bracelet was made is located 24 kilometers from the cave.

According to the scientists, the bracelet was polished with unknown methods. Surprisingly, the stone was still glowing when researchers discovered it. Fragments of the bracelet were put together, and researchers were able to recreate this ancient masterpiece. It is believed that it was worn around the wrist and would have been held together by several other pieces. It is assumed that a strap went through the hole in the stone. The biggest mystery seen in this oopart is the hole made through the bracelet, as the precision with which it was made is thousands of years ahead of its time. 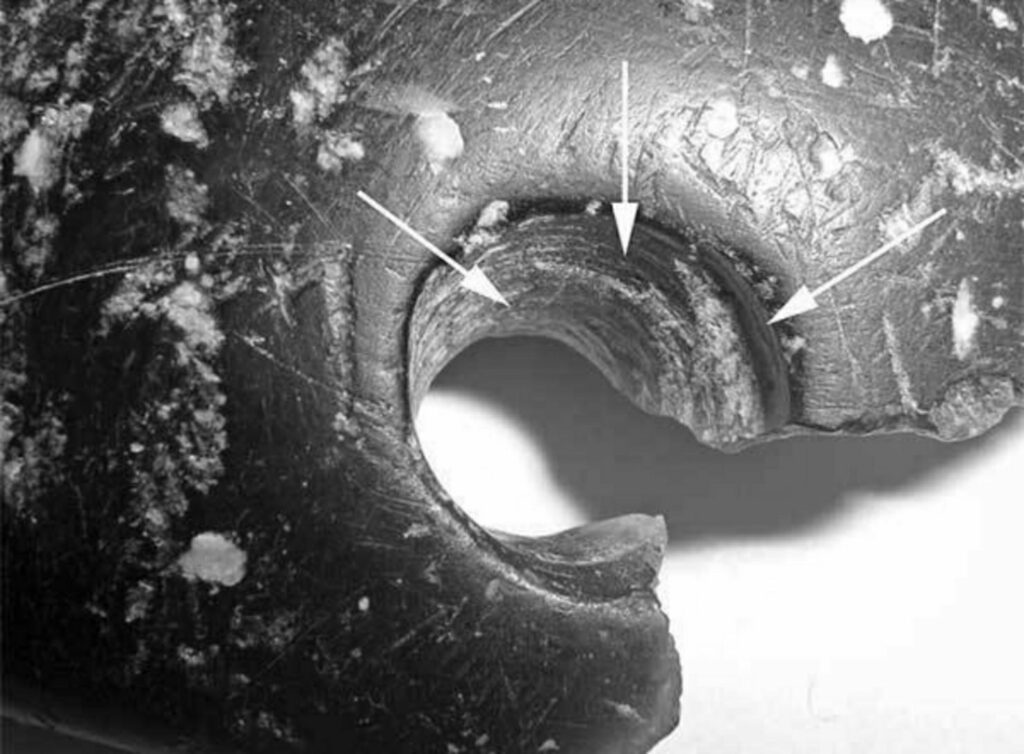 “The bracelet is stunning — in bright sunlight, it reflects the sun rays, at night by the fire it casts a deep shade of green,” Anatoly Derevyanko, the director of a Russian institute of archaeology, told The Siberian Times. “It is unlikely it was used as an everyday jewelry piece. I believe this beautiful and very fragile bracelet was worn only for some exceptional moments.”

The bracelet is currently on display at the Museum of History and Culture of the Peoples of Siberia. This is the definitive evidence that researchers are wrong in stating that our planet was only inhabited by primitive peoples thousands of years ago. Everything seems to indicate that the Denisovans were excellent craftsmen and had technology in their possession “far ahead of its time.”

According to Dr. Derevyanko, the diameter of the bracelet indicates that the rotational speed of the bit, which would have been used in making the bracelet, must have been relatively high, with minimal oscillations. This points to the fact that whoever made this incredible piece of jewelry most likely had some technology similar to that of a modern drill. 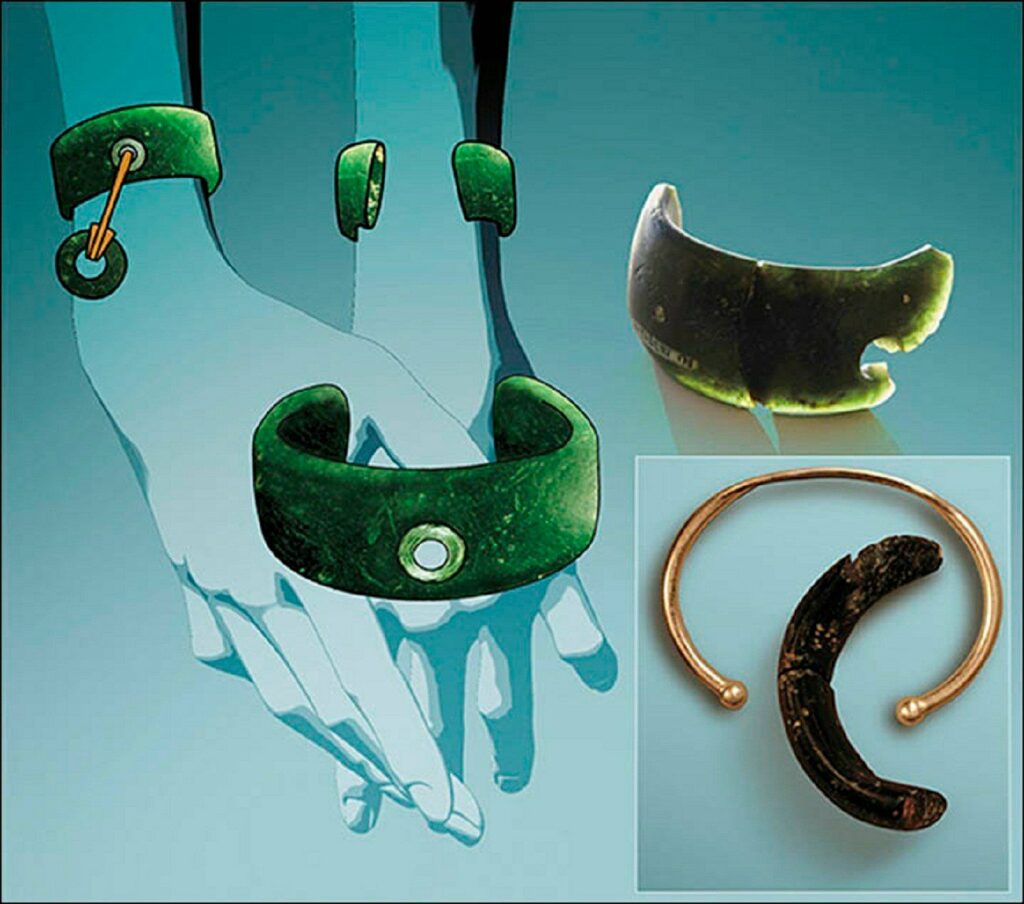 Derevyanko said, “The ancient master who made this bracelet was an expert in techniques that were previously considered uncharacteristic of the Paleolithic Era, such as high-speed drilling, drill-type tools, the technique of polishing with leather.”

Irina Salnikova, head of the Museum of History and Culture of the Siberian Peoples, said, “All jewelry had a magical meaning to ancient people and even to us, although we did not always realize this. The bracelets and neck ornaments were to protect people from evil spirits, for example. This bracelet, given the complicated technology and the ‘imported’ material from another location, obviously belonged to some high-ranking person in that society.”

Skeptical that such an ancient population could have created such an advanced piece of jewelry. Experts tested the soil found around the bracelet using oxygen isotopic analysis and concluded that humans had undisturbed the latter since the Denisovan period. 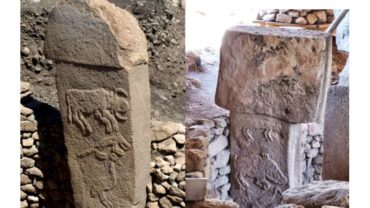