Julia is the name given to the unknown source of a sound recorded on March 1, 1999. It was recorded on the eastern equatorial Pacific using an autonomous hydrophone array.

Heard for many thousands of kilometers, the source of the sound has been largely dismissed as an iceberg running aground somewhere off of Antarctica. It’s the point of origin being somewhere between Bransfield Straits and Cape Adare.

What gave this story a rather chilling twist, however, is a classified image which later surfaced, a classified image later redacted, taken by a NASA satellite, which shows something with an enormous shadow, within the waters of Cape Adare at the time, which if confirmed as a living animal, would be classified as a sea monster of gigantic proportions.

The USA’s National Oceanic and Atmospheric Administrations, or the NOAA for short, have captured and subsequently released several mysterious sounds of possible underwater monsters over the past few years.

The Upsweep is an unidentified sound detected on the American NOAA’s equatorial autonomous hydrophone arrays. This sound was present when the Pacific Marine Environmental Laboratory began recording its sound surveillance system, SOSUS, in August 1991. It consists of a long train of narrow-band upsweeping sounds of several seconds in duration each. The source level was high enough to be recorded throughout the Pacific. 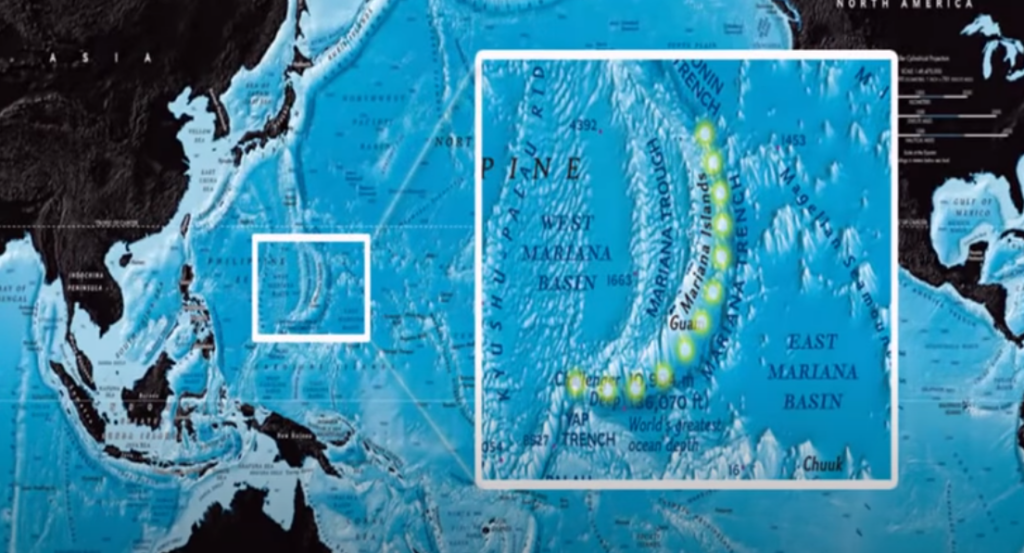 The sound appears to be seasonal, generally reaching peaks in spring and autumn, but it is unclear why. The source can be roughly located at 54°S 140°W, near the location of volcanic activity, but the origin of the sound remains a mystery.

The Whistle, recorded in the Mariana volcanic arc of the Pacific ocean, but since it was only recorded on one hydrophone, rather than the three required to triangulate a location, it is considered “unidentified.

Bloop is the name given to an ultra-low-frequency and mighty underwater sound detected by the U.S. National Oceanic and Atmospheric Administration in 1997. The sound’s source was roughly triangulated to a remote point in the south Pacific Ocean west of the southern tip of South America, and the sound was detected several times.

According to the NOAA description, it rose in frequency rapidly over one minute and was of sufficient amplitude to be heard on multiple sensors, at a range of over 5,000 km.

Dr. Christopher Fox does not believe its origin to be artificial, such as a submarine or bomb, nor is it familiar to geological events such as volcanoes or earthquakes.

The audio profile of Bloop does indeed resemble that of a living creature. Yet, the source is a mystery both because it is different from any known sounds and several times louder than the loudest ever recorded animal, the blue whale.

Slow Down is the name given to another mysterious deep-sea sound, recorded on May 19, 1997, in the Equatorial Pacific Ocean. The name was chosen because the sound slowly decreases in frequency over 7 minutes. It was recorded using an autonomous hydrophone array. The sound has been picked up several times each year since 1997.

And finally, the Train is the name given to a sound recorded on March 5, 1997, on the Equatorial Pacific Ocean autonomous hydrophone array. The sound rises to a quasi-steady frequency. What is especially interesting about this sound is its origins, which are also within Cape Adare, the exact general location of Julia.

Could some of these sounds be the mating calls of unknown sea monsters? Maybe one day. We will find out… 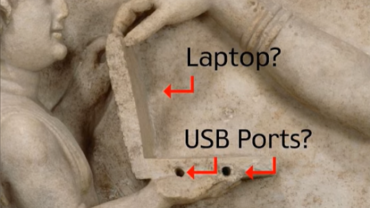