The “Ramayana” and “Mahabharata,” two ancient Indian epics, describe a mysterious civilization of clever apes known as “Vanara,” who lived in deep, warm forests and lush jungles. Scholars have long debated the existence of such species, believing that they could be mistaken for tribe members. However, their monkey-like characteristics, such as leaping, hair, fur, and tails, are well described in ancient literature and scriptures.

A whole army of half-man and half-ape monsters played a crucial role in the Ramayana. They fought with Lord Rama to stand against Sri Lanka’s evil king Raavan and rescue his wife Sita from his clutches. Vanara is formed from two Sanskrit words: vana (“forest”) and Nara (“man”), and hence means “forest-man” or “forest dweller.” 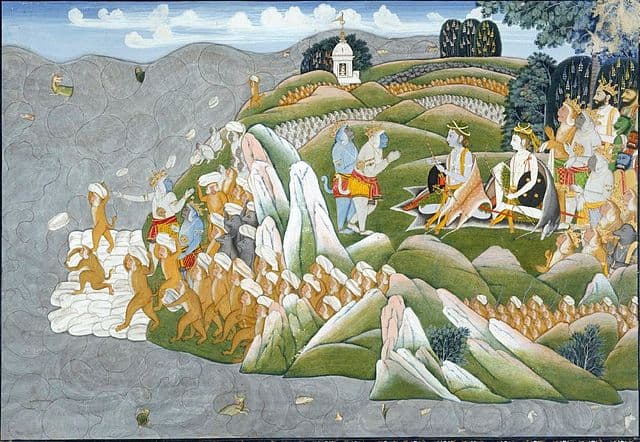 Furthermore, Vanaras were thought to possess strength and agility far beyond that of ordinary men, which is one of the reasons they were able to defeat Lanka’s demonic forces. Some of the Vanaras were considered to be direct descendants of the gods.

Lord Hanuman, for example, was the most famous and influential of the vanaras. He was the son of the Hindu god Vayu, the wind god, and possessed god-like powers. He appears thousands of years later in another Indian epic, the Mahabharata, hinting that he is immortal.

In the journal “A tail’s voyage from Treta Yuga to Dwapara Yuga,” scholar B Vijayashree mentioned that Hanuman blocked the passage of Bheema (a powerful character in the Mahabharata) in the Himalayan Gandhamadana Mountains.

According to the Ramayana, when the ten-headed demon-king Ravana kidnapped Sita, Rama gathered an army of Vanara. Sita was abducted and held captive on the island of Lanka. Because Rama could not cross the ocean with his enormous troops of ape-men, the sea god advised him to construct a bridge across the water. The Vanara helped Rama to build it.

The Vanaras built a causeway connecting the mainland and Lanka made of rocks and boulders, like mountains. The building project is believed to have taken five days and covered a distance of 100 leagues. After the construction was finished, the bridge allowed Rama to transport his Vanara army over the ocean to Lanka. Ravana was killed there, and Rama’s wife, Sita, was rescued. 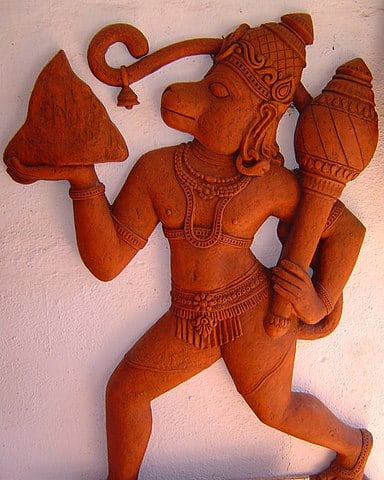 The particular bridge, known as Ram Setu (Adam’s bridge), had previously been simply a legend until NASA photos revealed it. It’s difficult to determine the exact age of the bridge. According to the Ramayana, it is 1.7 million years old, although some studies claim it is only 18,400 years old.

Dr. Badrinarayanan, the former director of the Geological Survey of India, surveyed this structure and found that it was artificial. He and his colleagues excavated ten boreholes along Adam’s Bridge’s alignment. What he discovered was shocking. He found a continuous layer of calcareous sandstone, corals, and boulder-like elements around 6 meters below the surface. His team was astonished when they saw a layer of loose sand 4-5 meters deep, followed by complex rock formations.

Could Vanaras be our earliest ancestors, given that we have actual evidence of one of the Ramayana’s incidents involving them? Could more hominid species have lived thousands of years ago on the Indian peninsula? It is possible.

“Human evolution took a huge leap around 2.5 million years ago (just before the opening of the Treta Yuga) when the genus “Homo” was introduced,” explains Ancient Origin. Homo habilis was the first primate to have the ability to use tools. Homo erectus and Homo ergaster appeared around 1.8 million years ago. Homo ergaster was mainly found in Africa, whereas Homo erectus was found primarily in Eurasia. According to studies of these two species, Homo ergaster had a smaller cranial capacity than its cousin Homo erectus. The skeletal structure of Homo erectus has been discovered to be robust, implying that they were stronger than modern humans.”

Researchers haven’t solved the mystery of the Vanara civilization yet, but they cannot affirm that intelligent ape people once lived on the planet. 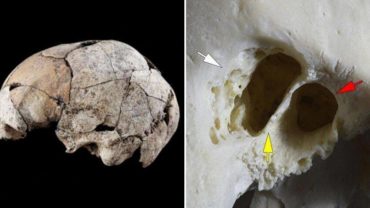