The ‘curse of the pharaohs’ is alleged to be cast upon anyone who disturbs the mummy of an Ancient Egyptian, especially a pharaoh. This curse, which does not differentiate between thieves and archaeologists, can cause bad luck, illness, or even death! 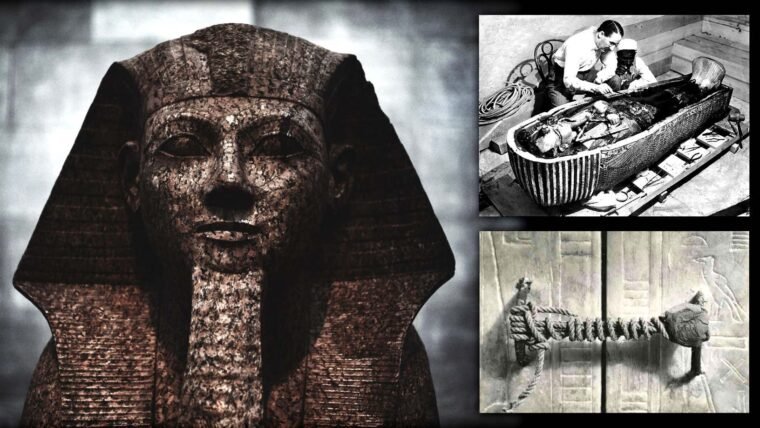 The famous Mummy’s Curse had baffled the best scientific minds since 1923 when Lord Carnarvon and Howard Carter discovered King Tutankhamun’s tomb in Egypt.

The Curse Of King Tutankhamun 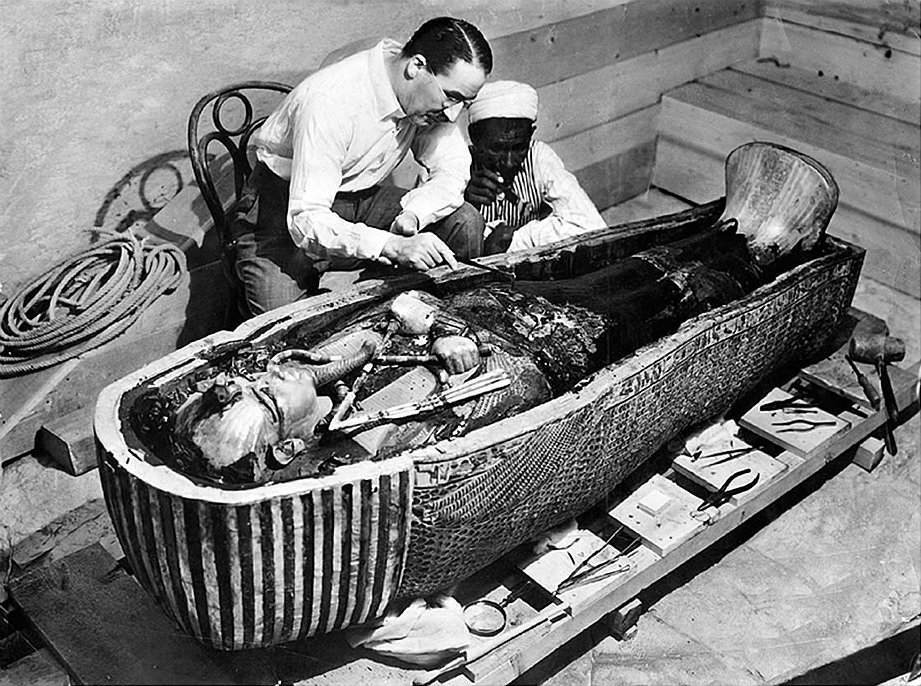 Though no curse had been found in the tomb of Tutankhamun, deaths in succeeding years of various members of Carter’s team and real or supposed visitors to the site kept the story alive, especially in cases of death by violence or in odd circumstances:

James Henry Breasted was a famous Egyptologist who was working with Carter when the tomb was opened. The Egyptian workers were sure the tomb’s discovery was due to Breasted’s pet Canary, killed when a cobra slithered into its cage. The cobra was the symbol of the pharaoh’s power.

The second victim of the Mummy’s Curse was 53-year old Lord Carnarvon himself, who accidentally tore open a mosquito bite while shaving and ended up dying of blood poisoning shortly after that. This occurred a few months after the tomb was opened. He died at 2:00 AM on April 5, 1923. At the exact instant of his death, all the lights in Cairo mysteriously went out. Two thousand long miles away in England, Carnarvon’s dog howled and dropped dead at the exact moment.

Howard Carter gave a paperweight to his friend Sir Bruce Ingham as a gift. The paperweight appropriately consisted of a mummified hand wearing a bracelet that was supposedly inscribed with the phrase, “cursed be he who moves my body.” Ingham’s house burned to the ground not long after receiving the gift, and when he tried to rebuild, it was hit with a flood.

George Jay Gould was a wealthy American financier and railroad executive who visited the tomb of Tutankhamen in 1923 and fell sick almost immediately afterward. He never really recovered and died of pneumonia a few months later.

Evelyn-White, a British archaeologist, visited Tut’s tomb and may have helped excavate the site. After seeing death sweep over about two dozen of his fellow excavators by 1924, Evelyn-White hung himself—but not before writing, allegedly in his blood, “I have succumbed to a curse which forces me to disappear.”

It’s said that Lord Carnarvon’s half-brother, Aubrey Herbert, suffered from King Tut’s curse merely by being related to him. Herbert was born with a degenerative eye condition and became blind late in life. A doctor suggested that his rotten, infected teeth somehow interfere with his vision, and Herbert had every tooth pulled from his head to regain his sight. It didn’t work. He did, however, die of sepsis as a result of the surgery, just five months after the death of his supposedly cursed brother.

American Egyptologist Aaron Ember was friends with many of the people present when the tomb was opened, including Lord Carnarvon. Ember died in 1926 when his house in Baltimore burned down less than an hour after he and his wife hosted a dinner party. He could have exited safely, but his wife encouraged him to save a manuscript he had been working on while she fetched their son. Sadly, they and the family’s maid died in the catastrophe. The name of Ember’s manuscript? The Egyptian Book of the Dead.

Proving that you didn’t have to be one of the excavators or expedition backers to fall victim to the curse, Sir Archibald Douglas Reid, a radiologist, merely X-Rayed Tut before the Mummy was given to museum authorities. He got sick the next day and was dead three days later.

Some 43 years later, the curse struck down one Mohammed Ibrahim, who officially agreed to Tutankhamun’s treasures being sent to Paris for an exhibition. His daughter was seriously hurt in a car accident, and Ibrahim dreamed he would meet the same fate and tried to stop the export of the treasure. He failed and was hit by a car. He died two days later.

Did these bizarre deaths happen due to the Mummy’s curse? Or, all this happen by coincidence? What’s your thought? 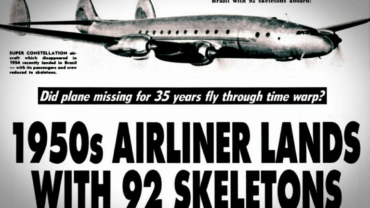