The Templar Tunnel is an underground passage located in the city of Acre, in present-day Israel. The tunnel was built by the Knights Templar when the town was under the rule of the Kingdom of Jerusalem and was used as a strategic passage connecting the Templar palace with the port.

The Templar Tunnel was lost and forgotten after Acre fell to the Mamluks in the 13th century. In 1994, the tunnel was rediscovered by a woman battling a clogged sewage pipe underneath her house.

The Kingdom of Jerusalem was established in 1099 following the conquest of Jerusalem by the participants of the First Crusade.

Around two centuries later, the French knight Hugues de Payens established. The Poor Soldiers of Christ and the Temple of Solomon.

The Knights Templar’s headquarters was on the Temple Mount, where it was responsible for defending Christian pilgrims who journeyed to the Holy Land.

Acre Under Siege
The Templars lost their headquarters after the Muslims reclaimed Jerusalem under Saladin in 1187. Although much of the Kingdom of Jerusalem was overrun by the Muslims, the city of Tire, along with several isolated Crusader fortresses, continued to resist.

Guy de Lusignan, king of Jerusalem, began the first major counterattack against Saladin in 1189, when he led an army to Acre. Despite the small size of his army, Guy could still bring the city under siege.

Saladin could not muster his forces to crush the besiegers, who Third Crusade participants from Europe soon reinforced.

The siege of Acre lasted until 1191 and resulted in the capture of the city by the Crusaders. The town became the new capital of the Kingdom of Jerusalem, and the Knights Templar could establish their new headquarters there.

The area southwest of the city was assigned to the Knights, and it was here that the knights built their main fortress.

A 13th-century Templar wrote that this fortress was the most powerful in the city and that two towers guarded its entrance with walls 8.5 meters (28 feet) thick. On each side of these towers are two smaller buildings and on top of each tower is a gilded lion.

The Templar Fortress
Templar Fort marks the western end of the Templar Tunnel. The fort is defunct, and the most notable monument in the area is the modern lighthouse. The west end of this tunnel is located near this lighthouse. 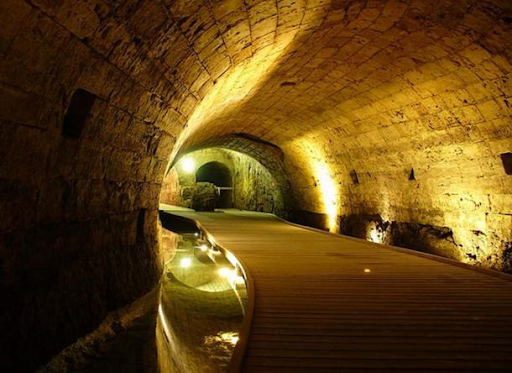 The Templar Tunnel is 150 meters (492 feet) long and crosses the city’s Pisan neighborhood. The tunnel is carved into the natural rock as a semi-barreled arch, and a layer of hewn stone supports its ceiling.

The tunnel’s eastern terminus is in the southeastern part of Acre, in the city port’s internal anchorage. Today, it is the site of Khan al-Umdan (meaning ‘Caravanserai of the Pillars’), built in the 18th century when the city was under Ottoman rule.

Acre Falls
In April 1291, Acre was besieged by the Mamluks of Egypt, and the city fell to the Muslims about a month later.

The Mamluk Sultan, Al-Ashraf Khalil, ordered the city’s walls, forts, and other buildings to be razed to the ground so that the Christians could never use them again. Acre lost its status as an important port city and remained neglected until the late 18th century.

That’s when the matter was investigated. The Templar Tunnel was caught. Later, the tunnel was cleaned, and a passageway, lights, and entrance were added.

Since 1999, the Acre Development Company has been exposing and healing the eastern section of the tunnel, and in 2007, the whole length of it was opened to visitors. 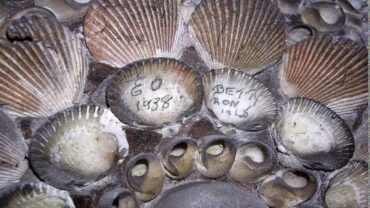