Ancient Egypt was far more advanced than historical records suggest. Egypt grew to its greatest potential in the distant past, thanks to the splendor of Pharaohs. Researchers are still baffled by the massive architecture and extensive civilization that existed thousands of years ago in Egypt. Egyptians believed that life might continue after death. This could only be accomplished by maintaining the dead body in a lifeform that would allow the spirits are known as the “ba” (personality) and “ka” (life-force) to recognize them. They preserved the deceased using the skill of mummification. Although there was a religious conviction behind it, the ancient astronaut idea claims that it was done to bring the dead back to life at some point in the future.

Mummification was a widespread tradition (or method) performed not just by the ancient Egyptians, but also by the Chinese, the ancient people of the Canary Islands, the Guanches, and numerous pre-Columbian South American tribes, notably the Incas. Embalming flesh entailed extracting moisture from a deceased body and preserving it with chemicals or natural preservatives. 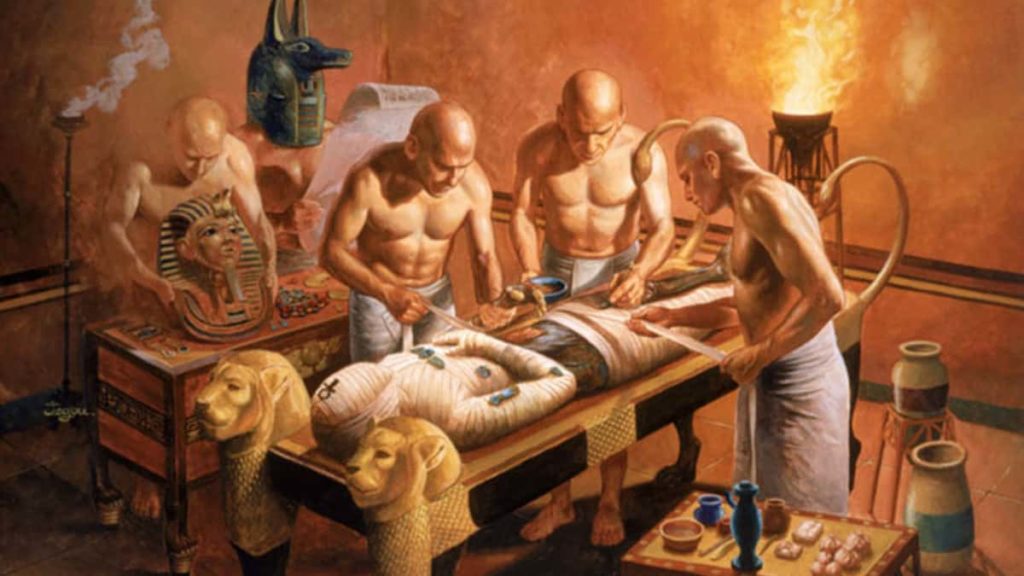 The Chinchorro civilization of South America has the earliest evidence of mummification. They started doing it some 7,000 years ago, two millennia before the first Egyptian mummy was discovered (dated around 3000 BCE). Mummification, on the other hand, reached its pinnacle in ancient Egypt.

The afterlife was a source of fascination for ancient Egyptians, who thought that the human spirit lived on long after death. Throughout its voyage, it encountered countless divine entities and devils to fulfill its final destiny. If it was deemed not guilty, the gods allowed it to live in an immortal paradise with them. Mummification aided the spirit’s journey as well as the body’s preservation. This is why this procedure was so important to Egyptians, and it could only be carried out by experienced artisans called “embalmers.”

Our ancestors were most likely ahead of their time. It’s possible that the motive for preserving the dead bodies was more than just a religious notion; there could have been a scientific basis as well. It’s plausible that they were aware of genetic engineering and were using it to bring the dead back to life. If that’s the case, who informed them of the situation? Were aliens to blame?

Modern science has progressed to the point that it is now able to generate new species using genetic material. Dr. Alejandro Hernández Cárdenas pioneered a process for rehydrating corpses to aid in their identification. He was able to revive the flesh of unrecognizable homicide victims, including remains that had been mummified after years of being dried up in the scorching desert heat, by employing a secret chemical formula. 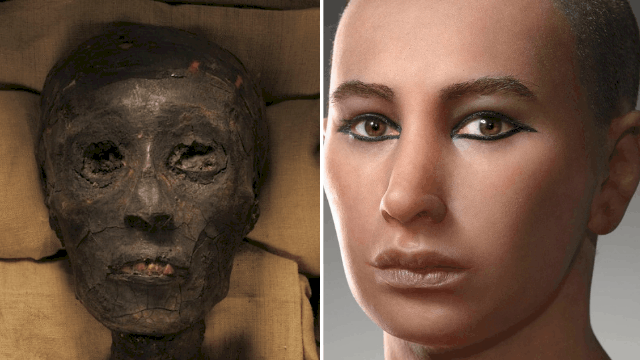 Cárdenas’ approach is impressive, but it isn’t the first time scientists have attempted to resurrect a mummified body. Season 9 of Ancient Aliens:

“In 1968, Robert Connolly, a researcher from the University of Liverpool, sought to essentially regenerate the blood of Egypt’s most renowned king, King Tutankhamun, from a mummified body. His procedure involved combining antigens from King Tut’s skin sample with his blood cells.”

With his type O blood group, Connolly was able to put King Tut’s antigens on a “blank slate” of a blood cell, duplicating whatever blood type the mummy had. There is no antigen in the Type O blood group that triggers an immunological response in the body. So he determined King Tut’s blood type. This aided the experts in locating the King’s DNA.

The preservation of a dead body, according to ancient astronaut theorists, could not constitute a ceremonial attempt. What if the ancient Egyptians had predicted such amazing scientific breakthroughs thousands of years ago? They speculated that ancient astronauts may have taught the Egyptians how to mummify themselves to preserve their genetic information in DNA. As a result, it may be conceivable in the future to clone old mummies and bring them back to life.

“It’s feasible that, in the future, if your body had been effectively mummified, these ancient extraterrestrials were well aware that a clone of who you were previously may be reincarnated many years later,” Amerian author David Wilcock remarked. Is it feasible, given the majesty of DNA and all of the information it carries, that you will return with memories of what you lived, who you were, and what you know the last time? And it could be the purpose, which will be employed in the future, with technology that we are rapidly developing.”

What Wilcock said appears to be true. Scientists successfully cloned the first endangered species in the United States in 2020, a black-footed ferret cloned from the genes of an animal that perished more than 30 years ago. This is one of the most significant achievements in modern science. It’s feasible that, in the future, we’ll be able to clone humans using this technique. 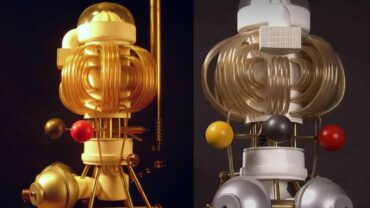