It has been more than 2,000 years since a Roman merchant ship foundered off the west coast of the Italian peninsula and almost 40 years since the wreck was discovered. Now, the DNA trapped in medicines found aboard the ship is yielding secrets of health care in the ancient world.

Samples from two tablets analyzed at the Smithsonian’s Center for Conservation and Evolutionary Genetics reveal a dried concoction of about a dozen medicinal herbs, including celery, alfalfa and wild onion, bound together with clay and zinc.

The tablets may have been used externally to treat skin conditions or dissolved in water or wine and taken for intestinal ailments such as dysentery, speculates Alain Touwaide, historian of sciences in the Department of Botany at the Smithsonian’s National Museum of Natural History.
The DNA tests confirm that medicines written about in ancient texts were actually used, said Touwaide, who with his wife and research partner, Emanuela Appetiti, obtained the tablets from the Italian Department of Antiquities in 2004.

Archaeologists have found older artifacts in Egypt and China, vessels for wines that contained herbal additives. Touwaide, however, says the shipwreck tablets are the first remains of ancient pharma-ceuticals to be found and also the first to be successfully analyzed with advanced DNA sequencing techniques. Preserved inside small tin boxes, the tablets are gray-green solid disks about an inch across and one-third of an inch thick.

“Extracting the DNA and sequencing it was not an easy task,” Touwaide said. The analyses were conducted intermittently over four years, the last in October, by Smithsonian geneticist Robert Fleischer, who said that the results are preliminary and that more testing is in the works.
“I didn’t expect it to work at all,” said Fleischer. “They’re very old. I had assumed everything had degraded, but they were in pretty remarkable condition. You could still see plant fibers.”

The ingredients also include radish or cabbage, wild carrot or a relative, yarrow, jack bean and a hibiscus species. Fleischer found smaller genetic traces that may be a carrot relative named angelica, as well as willow, aster, the common bean and nasturtium.

The ship was about 50 feet long, dates to around 130 B.C. and went down in the Gulf of Baratti off the coast of Tuscany. It was discovered in 1974 by members of the Italian Experimental Center for Underwater Archaelogy, but its contents were not surveyed and excavated until the 1980s. Touwaide and Appetiti received the tablet fragments under an agreement between the Smithsonian and the Archaelogical Department of Tuscany.
Divers retrieved several tin containers, 136 vials made of boxwood, a locker and medical tools. The large number of vials suggests that the medicines were being shipped rather than being used by the ship’s doctor. “It might be both,” said Touwaide. “There might have been a physician on board; there might have been a medical cargo.”

Among the recovered objects are glass from Syria, a Cypriot pitcher and lamps from Asia Minor, suggesting the vessel may have been a tramp freighter plying the ports of the entire Mediterranean.

That may be a false assumption, according to Cemal Pulak, vice president of Texas A&M University’s Institute of Nautical Archaeology, who said the items might have been stored in a port and placed on the ship all at once, or salvaged from another wreck. Pulak, who is not involved with the Tuscan wreck, has excavated and studied eastern Mediterranean shipwrecks that date to the Bronze Age.

He said the warm waters of the Mediterranean are rich in shipwreck-eating microbes, and although hundreds of ancient shipwrecks have been recorded in the Mediterranean, to have any organic matter survive through the centuries “is a rare situation, and even rarer the circumstances where DNA is still viable.”

Touwaide said the medicines discovered on the wreck support his theory that though apothecaries had access to hundreds of medicinal plants, they purposefully limited their palette to a few herbs but used them in different formulas to treat a range of ailments. “You’re in a better position if you reduce the number of substances. If you have substances that are easy to find and native to your region, you can always come up with a remedy,” said Touwaide.
The Hippocratic Collection, a series of ancient Greek texts attributed to Hippocrates, who is often called the father of Western medicine, refers to 380 medicinal herbs useful for a variety of ailments, Touwaide said, but he added that ancient Greek healers relied mainly on just 45 plants. Among the herbs found in the two tablets was wild carrot, for instance, which had been identified by the 1st-century Greek pharmacologist Dioscorides as a diuretic that was used to treat colic, wounds and poisonous bites.

“Nobody really knew anything about how the body worked or the chemical properties of these substances,” said Mark J. Schiefsky, a professor of classics at Harvard University. “It was a kind of folk medicine that did have a basis in experience.” He said the find helps bridge the gap between historical theory and practice.

Touwaide said he was heartened by the apparent absence of opium, incense or myrrh in the tablets – ingredients that would have diminished the validity of the other herbs as effective medicines. Opiates would have overpowered the other medicines, he said, and the tree resins would have shifted the tablets into the realm of magic potion.
On the contrary, the tablets now lend a greater credence to the medical texts of Dioscorides and his Roman successor, Galen. “The identification of the components shows that the texts were put into practice, or we can turn it upside down and say that the texts recorded the practice,” he said.

Touwaide said that as a result of the discovery, he is studying with more confidence Galen’s references to using broccoli in the treatment of intestinal cancer. Broccoli is closely related to cabbage.

Fleischer presented the results of his tests at a gathering of biomolecular archaeologists in Copenhagen in September. The Smithsonian team hopes to get more material in May as part of further testing before writing a scientific paper about the findings. They would like to identify a few organic substances that have so far proved to be unidentifiable.
They also want to retest for sunflower, which showed up in the results. Botanists view the sunflower as a New World plant unknown in ancient Rome and Greece. If its presence on the wreck, the Relitto del Pozzino, is confirmed, “it would be a big discovery,” said Touwaide.

Fleischer, however, is leaning more toward sample contamination as the cause. The reagents used to sequence the DNA may have been the source of the sunflower trace, he said. 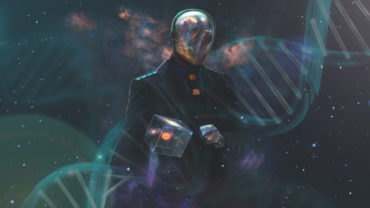