The discovery of twelve skeletons in an Inca “field” in Latacunga, in the heart of Ecuador, can shed light on the uses and ways of life in the Andean intercolonial period, in which academic research until now has been nourished almost exclusively by historical sources. 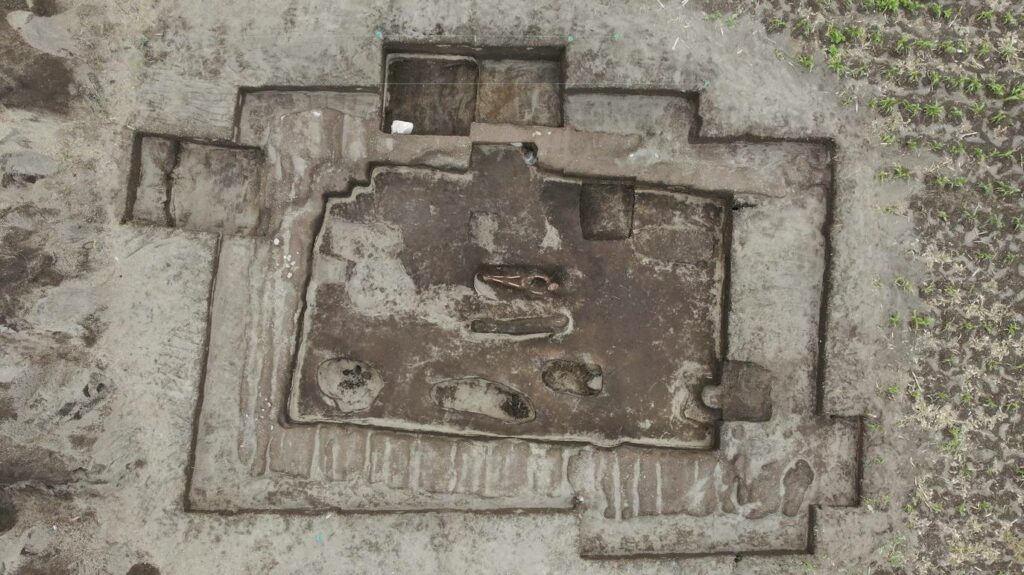 When work began, they found ancient human remains, and when the archaeological team was brought in for a salvage mission, they unearthed more skeletons in the earth. But the skeletal remains of people who lived roughly 500 years ago are only part of the story. A couple of strange artifacts found in the ancient Inca cemetery have created new puzzles for local archaeologists to try to solve. 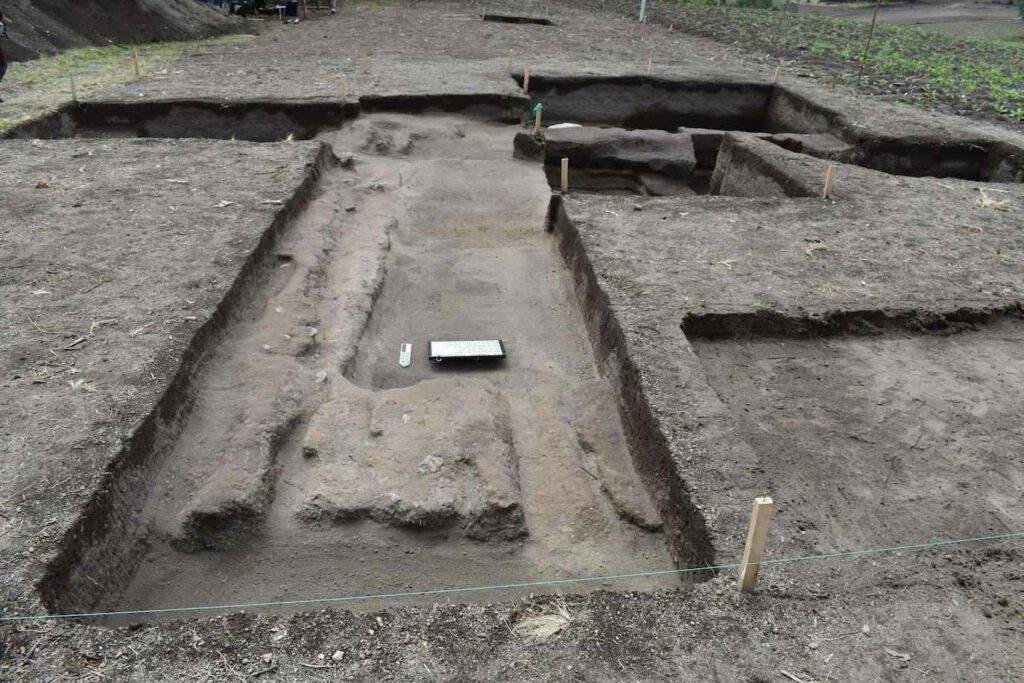 From five centuries ago, the remains were found in Mulaló, one of the ten rural parishes of the Latacunga canton, at an altitude of 2,900 meters, in an archaeological salvage operation that began during the construction of a water tank for irrigation.

“It represents a great contribution because this specific period is a time little worked archaeologically, only from the point of view of history,” said Esteban Acosta, the archaeologist in charge of the operation. It is about 100 years that extends from 1450 to 1540 and covers the colonial transition from the Inca period to the Spanish colony. 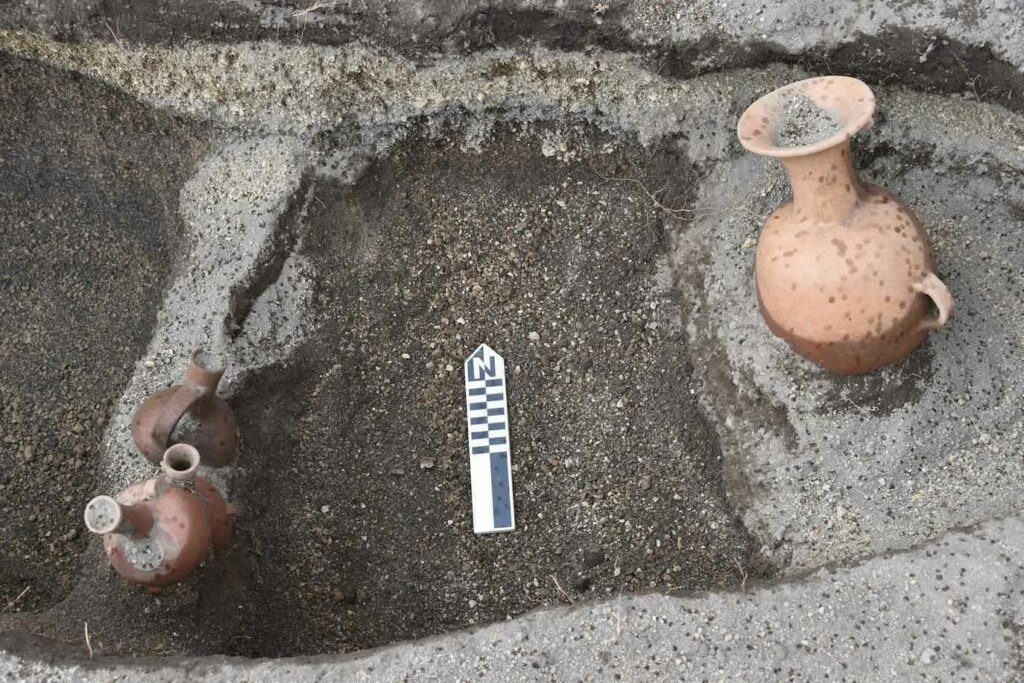 Researchers have reached that conclusion based on some typical ceramic vessels of the Inca culture, but in which a Christian cross and a letter “W” also appear. Does no one know what the “W” could be referring to ― a name? a place? or is it just a decorative shape? “This type of decoration hadn’t been seen before, which makes us think that it’s from the time of the Spanish colonial transition,” Acosta says.

Among other objects, aríbalos, a kind of jug with a long neck and a conical base which used to be used to serve chicha, a traditional drink, was found. Some “beaker” vessels from that period have also been found, without handles, which were used to drink, like a glass.

“This type of decoration has not been seen, which makes us think that it is from the Spanish colonial transition,” Acosta said. He hopes that, after laboratory analysis, the discovery will help obtain information on “how people lived at that time” since the primary sources on these cultures are historical and not archaeological.

In the province of Cotopaxi, where the discovery was made in a rural area at a depth of less than a meter, other archaeological sites, including an Inca wall, have led to several investigations. There are also other civilizations because “before the Incas, there lived the panzaleos,” he explained about a culture extending from Quito in the north to Tungurahua in the south. 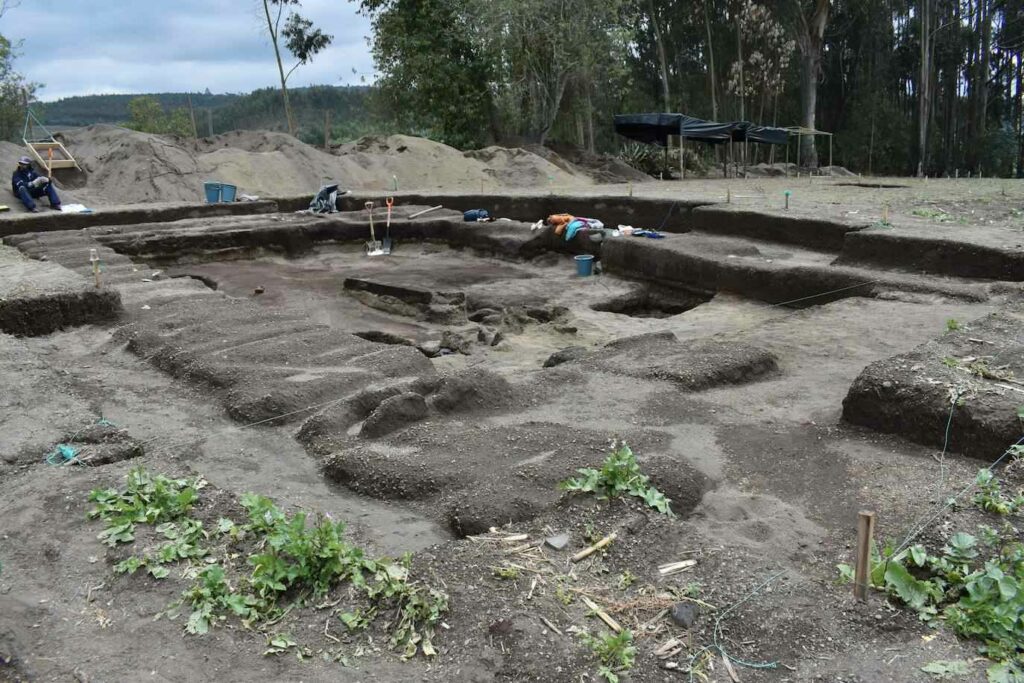 With the bit of national budget for archaeological research, in this case, it has been the mayor of Latacunga, Byron Cárdenas. He gave priority to history and hired Acosta to initiate in-depth work.

The first discovery occurred in 2019 during a preliminary study, which led to the recommendation for a larger-scale operation before building the irrigation water tank requested by the population for more than ten years.

“We discovered a rectangular Inca court measuring 13 meters east-west and 7 meters north-south, a conglomerate of earth and clay that are the bases of the structure,” explained the researcher.

The Inca “fields” are ancient constructions (some studies date them thousands of years before) that served as a structural base for houses and fortifications. Examples of them are found throughout the Andean region.

But unlike the coastal areas, in the high zone of the Andes, they used to be built with stone.
In this case, Acosta explained, the blocks are missing probably because “they were taken away to build houses and only little of the bases were left.” 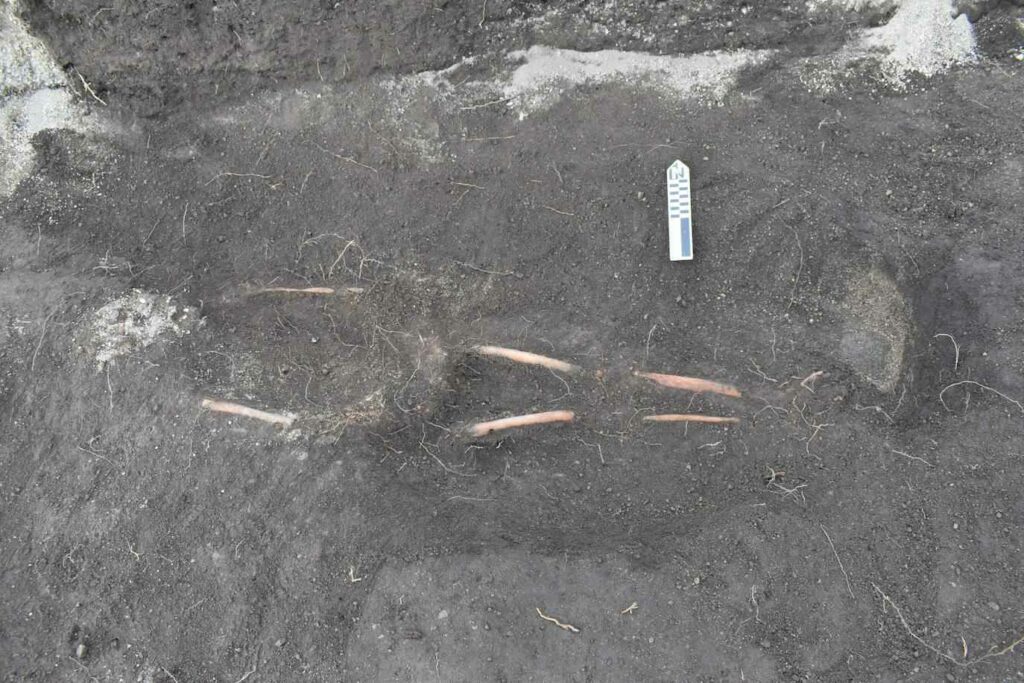 In the enclosure discovered in Mulaló, 12 skeletons were found significantly deteriorated due to water filtration. Still, after laboratory analysis, they will be used to determine whether it is the same family group or not.

“What is in better condition are the teeth of almost all of them,” Acosta stressed about the possibilities that open up for genetic and morphological studies.

During this initial stage of the study, some conclusions are that they are skeletons from the same period, between 50 and 100 years. Still, only DNA tests will confirm the family relationship between the individuals found, their gender, and their age.

Another object that has attracted a lot of attention is a ring in one of the skeletons. Acosta says that he’s not sure what it’s made of, but it’s “not copper nor a known metal,” and he’s confident that it is not associated with the ancient Inca culture.

Acosta believes that further analysis of the finds will provide new archaeological evidence on what life was like during the Spanish conquest and the transition to colonial rule in this region. This is important because most of the information currently available of the transitional period comes from historical resources. 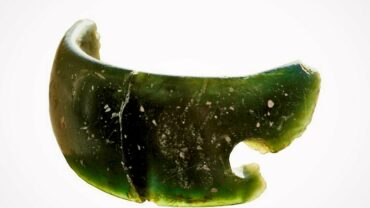