The Bolshoi Tjach skulls are housed in a small museum in the town of Kamennomostsky, in the Republic of Adygea, Russia.

In January 2016, a story appeared in a number of websites and media about two very strange skulls found in the Caucasian mountains region of Russia, where researchers previously found Nazi objects from the Nazi occupation of that province in the Second World War. 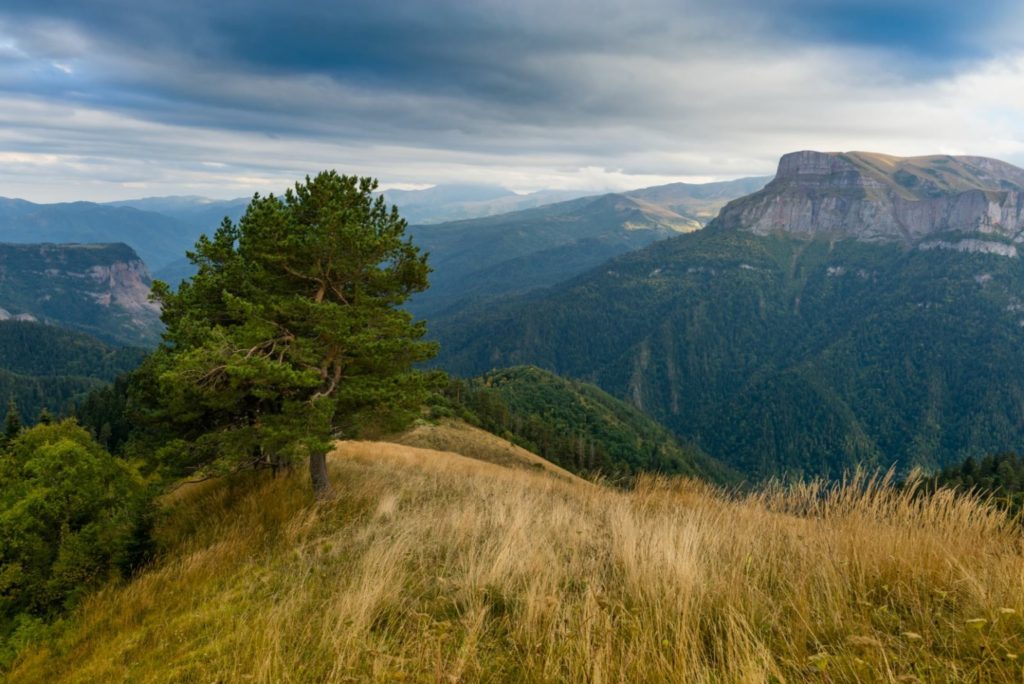 The skulls are housed in a small museum in the town of Kamennomostsky (Каменномостский), in the Republic of Adygea, which is a federal subject of Russia, located near the Black Sea. The town is a few dozen miles from the city of Maikop (Майкоп). The museum in this town is called Belovode (&Беловодье), and Vladimir Malikov is the owner of this incredible museum.

The Belovode museum is a tourist attraction that houses all kinds of objects found in the region. It has a large fossil collection, saurian bones, and all kinds of other artifacts. It also has artifacts from the Nazi occupation of that region. It has been noticed that these Nazi objects are all in good condition, which has led to the supposition that Malikov has found a well preserved cache. 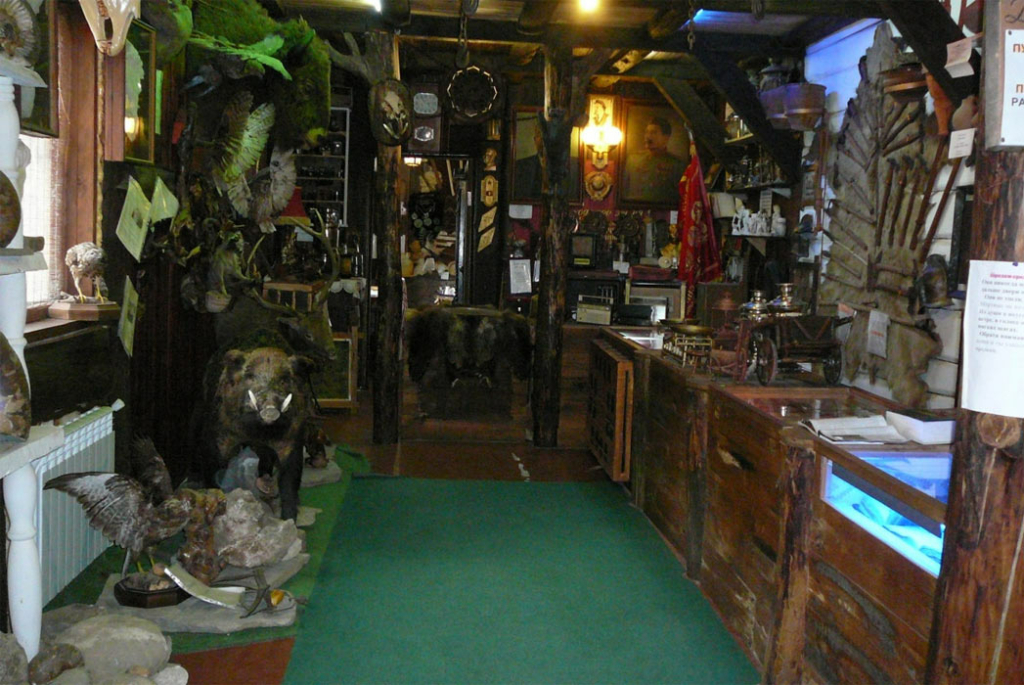 Vladimir Malikov said that a few years ago, cavers had found two unusual skulls in a cave on the mountain Bolshoi Tjach (Большой Тхач), which is about 50 miles southeast of Kamennomostsky — the village that many tourists go through to go into the Caucasian mountains.

One of the two skulls is very unusual. Malikov says that the presence of the hole at the bottom of the skull where the spine attaches, proves that this creature was walking upright on two legs. It is also very unusual that the skull dos not have a cranial vault as with humans. It also has no jaws. The whole head is one fixed bony enclosure. The large eye sockets arches back, and then we have horn-like extensions. 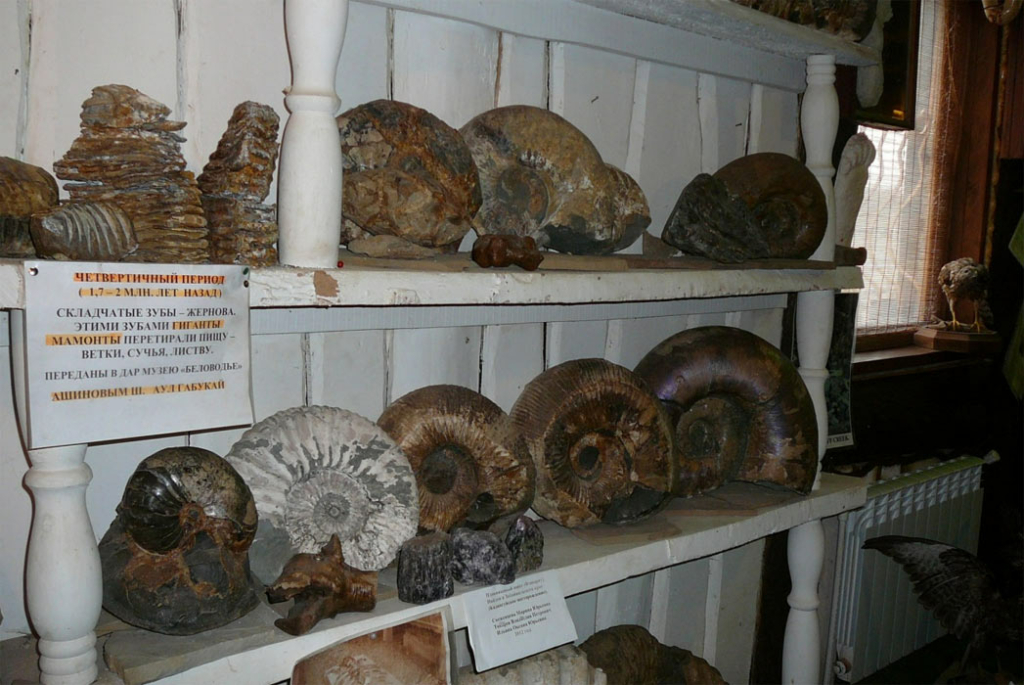 He has sent photos to paleontologists, but they could not explain it properly. According to sources, some researchers had conducted a series of tests on one of the skulls (skull 1) and found it to be atleast 4,000 years old.

Aside from this basic information and some pictures taken by people who visited the museum, there are no additional details about these two very strange skulls. However, Vladimir Malikov has let visitors take pictures of the skulls from all angles, and they are pretty convincing that these are real skulls. 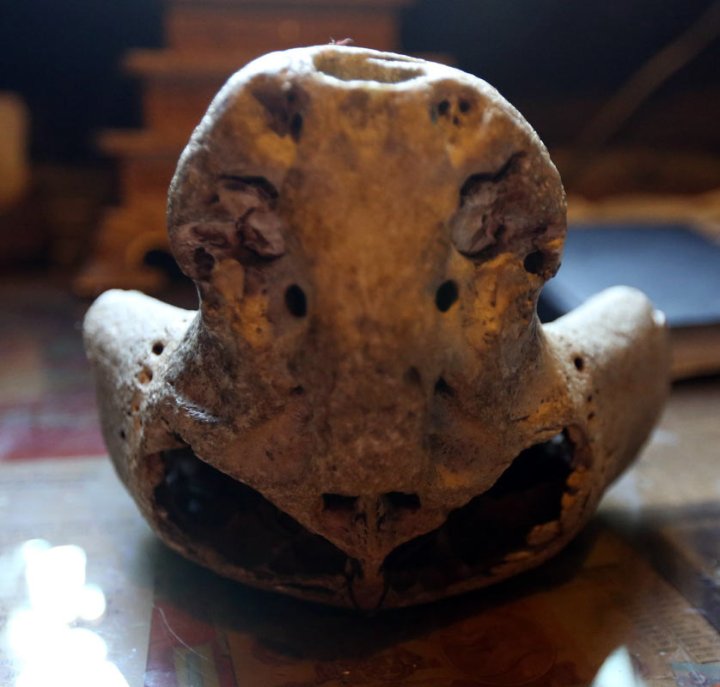 In this case, the remarkable point is: the two skulls are so strange and unusual that we can rule out any human origin, or even hominid origin. We could call them humanoid but they are very different from a normal human skull. 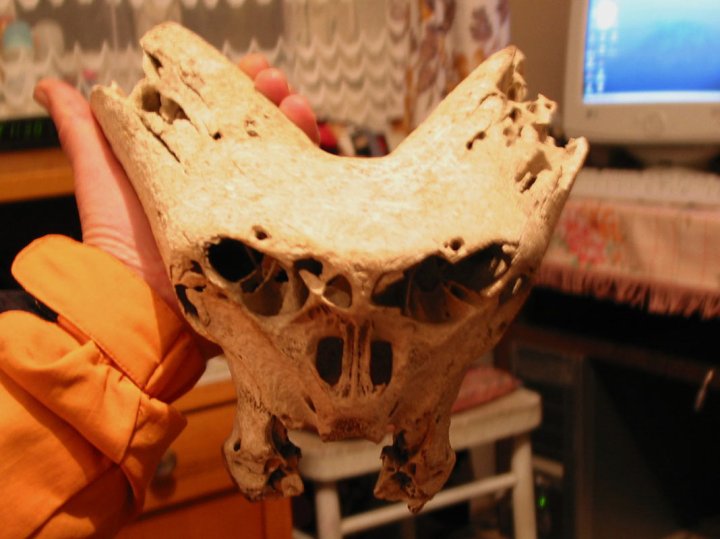 In the following pictures you see the two skulls displaying in the museum. The top skull in the first image has gained the most attention, but the bottom skull is also very different from a normal human skull.

What do you think, are these skulls the result of any deformity? Or are these really evidences of a different being and a different civilization that never found a descent place in our conventional history books?