A few years ago, researchers were perplexed by a series of archaeological discoveries unearthed around Qinghai Province near Mount Baigong near the city of Delingha, in southwestern China. The mystery has mainly been remained unexplained to this day, with significant evidence pointing to the claims by ancient astronaut theorists. In 2002, researchers were shocked to discover a series of well-arranged metallic pipe-like structures embedded in the rocks around Mount Baigong, aka white White Mountain.

The pipelines were discovered next to Qadim Basin, located at the foothills of the Himalayan highlands. The harsh climate of this area has made it inhospitable throughout human history, and there is scant evidence of human settlement here, even today where only herders quickly pass through the place while moving to fertile pastures down south.

The origin of these Baigong Pipelines and who built them are still a mystery. The most important discovery was a 50-60 meter high pyramid-like protrusion. This protrusion is surrounded by a system of well-organized pipe-like structures that lead to Lake Toson Hu, a saline water lake approximately 300 feet away.

The outcropping has three entrances, two of which have collapsed, leaving the third to lead to a dug-out cave with embedded pipes in the rocky inner floor and walls. This discovery and the outcropping, lines, and piping network that connects it to Lake Toson Hu perplexed researchers, especially since the outcropping is only 300 feet from a fresh-water lake.

Why did anyone choose a salt-water lake and construct a complex piping network that connects it to the outcropping? Was this any ancient research center? Or some old extraterrestrial facility or base?

There are multiple pipe sizes used in the pipeline complex, with the big pipes measuring up to 1.5 feet in diameter and the trim lines measuring only a few inches. The tubes that comprise this system are named the Baigong Pipes and are officially known as the Bai-Gongshan Iron Pipe.

In the eyes of archaeologists and historians, the Baigong Pipes fit well into the textbook description of ancient objects found Out-of-Place.

The Beijing Institute of Geology used radiocarbon dating to show that these iron pipes were smelted around 150,000 years ago. And if they were created by humans, history as we know it would have to be reevaluated.

The researchers used thermoluminescence to assess how long a crystalline mineral had been exposed to sunlight or heated. Humans were assumed to have inhabited the area for the past 30,000 years ago. Even in the area’s known history, the only humans there were nomads whose way of existence did not leave any such structures behind.

Though some have attempted to explain the pipes as a natural occurrence, Yang Ji, a researcher at the “Chinese Academy of Social Sciences,” told “Xinhua” that intelligent beings may have constructed the pyramid.

He said that extraterrestrials from the distant past could be responsible, adding that this theory is “understandable and worth looking into… but scientific means must be employed to prove whether or not it is true.”

Another hypothesis is that it was constructed by prehistoric human civilization (like described in the Silurian Hypothesis by NASA scientists) using techniques lost to subsequent humans. According to the head of the publicity department at the local Delingha administration, the pipes were analyzed at a local smeltery. Just 8% of the material could not be identified from other types of material.

The remaining components were made of ferric oxide, silicon dioxide, and calcium oxide. The formation of silicon dioxide and calcium oxide results from extensive interaction between the iron and the surrounding sandstone, indicating that the pipes are thousands of years old. Engineer Liu Shaolin, who did the analysis, told Xinhua that “this result has made the site even more mysterious.”

A geology researcher from the China Earthquake Administration named Zheng Jiandong informed the state-run newspaper “People’s Daily” in 2007 that some of the pipes were highly radioactive, adding to the mystification.

The pipes could also be fossilized tree roots, according to another hypothesis. Scientists discovered plant detritus and what appeared to be tree rings in a study of the lines, according to Xinmin Weekly in 2003. The discovery was linked to a geological idea that tree roots can undergo diagenesis (the change of soil into rock) and other processes that result in iron deposits under specific temperatures and chemical conditions.

The Xinmin Weekly’s reporting on the root cause of the Baigong Pipes can be traced back to this article, and none of the research includes citations. Regarding the Baigong pipes, there is no definitive knowledge of how solid this theory is. 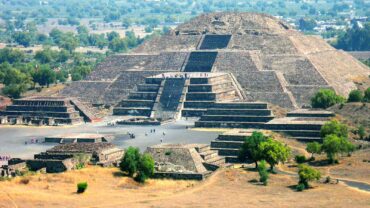