Die Glocke (meaning “The Bell” in German) is the name of an alleged top-secret Nazi technological device that is among the most notable of SS General Hans Kammler’s ultra-secret arsenal of “Wonder-Weapons” (a.k.a. “Wunderwaffe”).

Ever since the conclusion of the Second World War, an increasing number of revelations have surfaced regarding various outlandish and even occult-based scientific and technological experiments being conducted by the Nazis throughout the Third Reich. 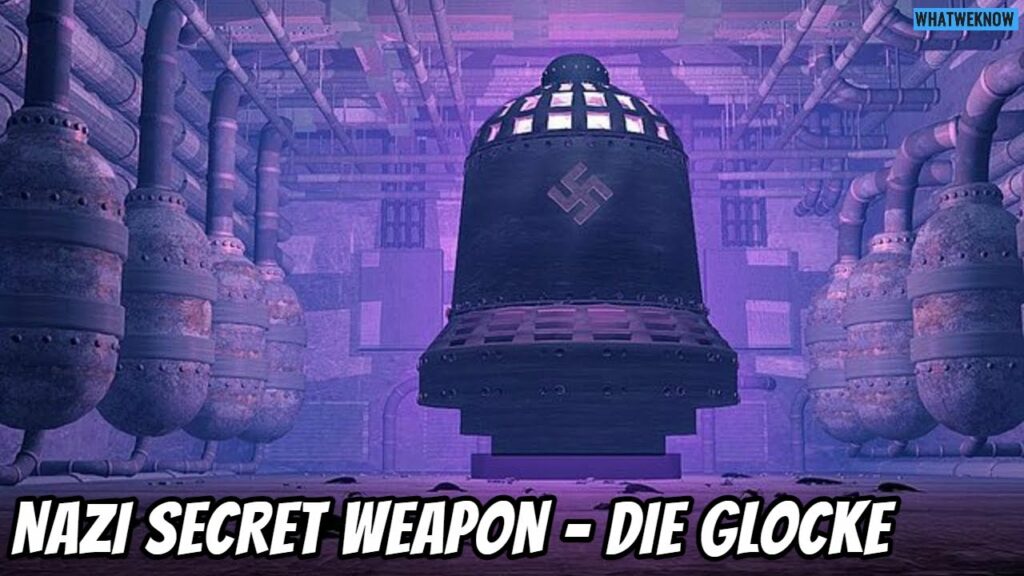 Die Glocke has been considered among the most mysterious and intriguing of these revelations, as the potential explanations surrounding the actual purpose of the device range from antigravity to interdimensional time travel.

The first known mention of Die Glocke came by way of a Polish aerospace researcher and historian named Igor Witkowski. Witkowski claimed that he had become privy to a collection of classified documents regarding Die Glocke in 1997 by an anonymous Polish intelligence official who reportedly had access to top-secret Polish government documents addressing the existence of Nazi secret weapons.

Witkowski also claimed that he could transcribe the classified documents but was forbidden from making any copies. Witkowski’s statements were never independently verified, but they did manage to gain popularity once they were recounted in a 2001 book by Nick Cook entitled The Hunt for Zero Point.

The classified documents that Witkowski reportedly viewed included transcripts from a series of interrogations of former high-ranking Nazi SS official Jakob Sporrenberg, captured by British forces and subsequently handed over to the Poles. Sporrenberg was reportedly in charge of a particular SS “evacuation unit” related to the testing site for Die Glocke.

This testing site was located close to the Wenceslas mine near the Czech border and was nicknamed “Der Riese” (“The Giant”). In Sporrenberg’s affidavit, he admitted to being personally responsible for ordering the slaughter of 60 Nazi scientists and researchers that worked on the top-secret Bell project.

The Nazis considered the Bell to be so important that they had already made plans to eliminate any evidence of the project’s existence should the location of the experiment be discovered.

Die Glocke is described as dense, heavy metal, and bell-like in shape. The device’s dimensions were roughly nine feet wide by 12 to 15 feet in height, and it was encased in a ceramic cover.

According to Cook’s writings, the Bell housed a central axis or core, which rotated two cylindrical devices that moved in opposite rotation (one clockwise and one counter-clockwise). 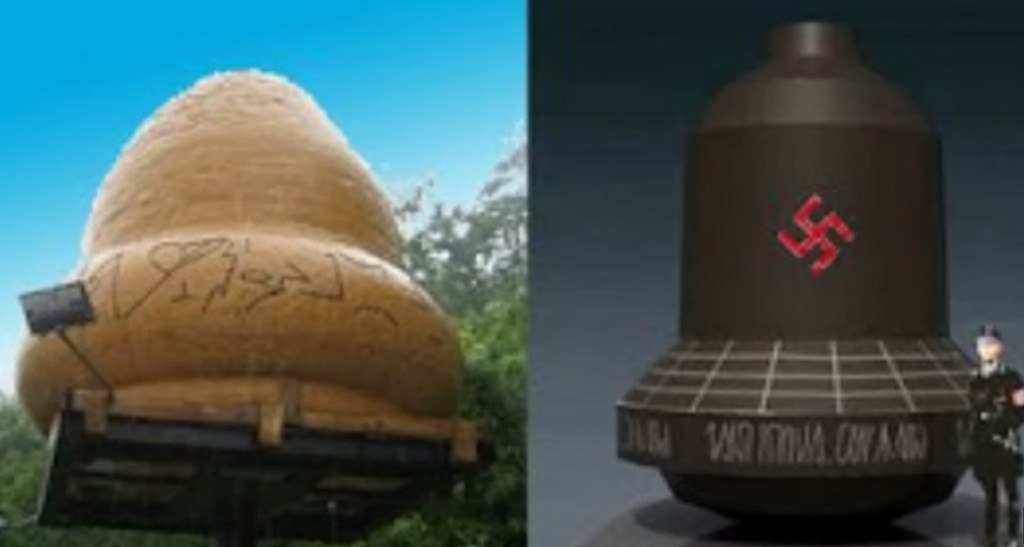 During experiments, these two cylinders were filled with a violet-colored substance that had properties similar to mercury. This mysterious metallic liquid carried the code name “Xerum 525”. Various theories have been offered about what substance this “Xerum 525” may have been.

Some have speculated that it was some radioactive isotope of mercury. The most common explanation was that it was mercury abominate oxide, otherwise known as “red mercury,” which allegedly can produce fission explosions equivalent to the power of 1,000 tons of TNT.

Once a high-voltage current activated the Bell, the liquid inside would glow brightly. The entire device would emit intense and heavy radiation that produced adverse effects, even leading to the death of several Nazi scientists.

Before their deaths, the scientists reportedly suffered from various ailments such as nerve spasms, loss of balance, and a metallic taste in the mouth. During various experiments, dozens of plant and animal test subjects were also killed by radiation exposure. So what exactly was the purpose of the Bell?

According to Sporrenberg’s testimony, Die Glocke was associated with “magnetic fields separation” and “vortex compression.” Witkowski asserts that these physical principles had become commonly associated with antigravity research.

According to some physicists, if you have a device that can generate a torsion field of extremely high intensity, it is theoretically possible to “bend” space around the device. Consequently, by bending space, you also bend time. 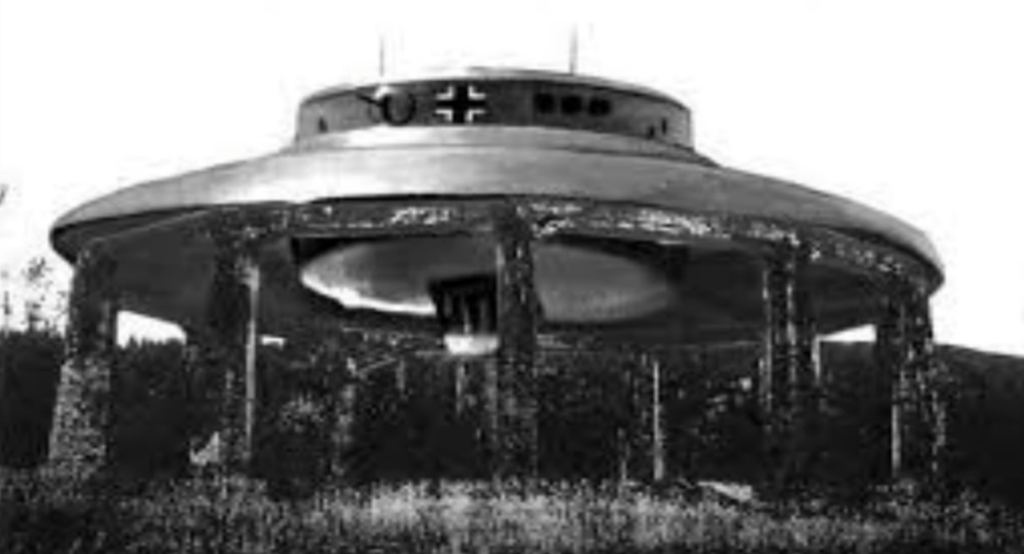 Could it be possible that the Nazis were utilizing the Bell to conduct scientific experiments in time travel? Interestingly enough, it is essential to note that the project was code-named “Chronos,” which means “Time.”

Witkowski also claimed that an industrial complex located near the Wenceslas mine became one of the primary testing sites for Die Glocke. The ruins of a mysterious concrete framework known as “The Henge” stand there today, and many have speculated that The Henge was designed to be a type of suspension rig for use when testing the propulsion capabilities of the Bell. Skeptics have dismissed this theory, claiming that The Henge is nothing more than the remains of an industrial cooling tower. The fate of Die Glocke has been the subject of much speculation.

Some have claimed that once the Der Riese test site was evacuated near the end of the Second World War, the Bell was not destroyed but instead was transported to an undisclosed location. Witkowski asserts that Die Glocke resides in a “Nazi-friendly South American country.” At the same time, Cook postulates that it was transported to the United States as part of an agreement made with General Hans Kammler, the high-ranking SS official. The latter supervised several large Nazi construction and engineering projects.

Incidentally, General Kammler mysteriously disappeared after the war, and to this day, his whereabouts are unknown. One intriguing theory about the fate of Die Glocke was put forth by American author Joseph P. Farrell, who claimed that the Bell was recovered during the 1965 Kecksburg UFO incident.

During this incident, a giant fireball was seen streaking across the sky over six U.S. states and Ontario, Canada. Thousands of witnesses saw the mysterious star, and some reported hearing a sonic boom as well. The strange phenomenon was first regarded as a meteor, but then several eyewitnesses in Kecksburg, Pennsylvania, claimed that some aircraft had crashed in the woods.

The local fire department claimed that they found an object shaped like an acorn and roughly the size of a compact car. Several witnesses claimed to have seen inscriptions similar to Egyptian hieroglyphics decorating the object’s base.

According to several eyewitness reports, the U.S. Army quickly secured the crash site, ordered civilians to leave, and then carried the mysterious object away on a flatbed truck.

Strangely enough, military officials later reported that they found “absolutely nothing” in the woods. Perhaps one of the more spectacular theories that have surfaced regarding Die Glocke is that General Hans Kammler used the Bell to escape being captured by Allied forces and then traveled through time to crash land in Kecksburg, where he subsequently integrated into society.

Although conjectures and conspiracy theories abound, a common conclusion that can be drawn is that the Nazis had their hand in some bizarre scientific experiments during World War II.

Whether they were able to make substantial scientific or technological progress is, for the most part, unknown, but the enigma of top-secret projects like Die Glocke remains with us to this day. 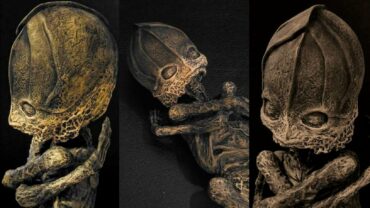