Scientists have made a significant discovery in Ganzhou City in China’s southern Jiangxi Province. They’ve found the remains of a dinosaur sitting on its nest of fossilized eggs. 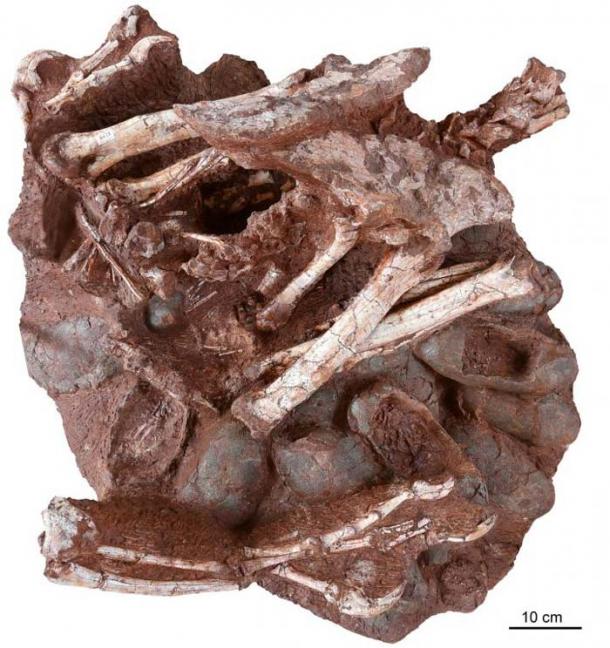 The dinosaur, an oviraptorosaur (oviraptor), belongs to a group of bird-like theropod dinosaurs that peaked during the distant Cretaceous Period (145 to 66 million years ago). The adult oviraptor’s fossils and the embryos’ eggs have been dated to roughly 70 million years old. This is the first time researchers have found a non-avian dinosaur sitting on a nest of eggs that have been fossilized, so they still contain the babies inside!

The ~70-million-year-old fossil in question is an adult oviraptorid theropod dinosaur sitting atop a nest of its fossilized eggs. Multiple eggs (including at least three that contain embryos) are visible, as are the adult’s forearms, pelvis, hind limbs, and partial tail. ( Shandong Bi, Indiana University of Pennsylvania )

What Do the Scientists Say About the Discovery?
Dr. Shundong Bi, of the Centre for Vertebrate Evolutionary Biology, Institute of Palaeontology, Yunnan University, China, Department of Biology, Indiana University of Pennsylvania, USA, and lead author of the study, stated in a press release, “Dinosaurs preserved on their nests are rare, and so are fossil embryos. This is the first time a non-avian dinosaur has been found, sitting on a nest of eggs that preserve embryos, in a single spectacular specimen.”

Although there are a few other examples of adult oviraptors found on their nests with eggs, this is the first time that scientists have found embryos inside the eggs. Study co-author Dr. Lamanna, a paleontologist from the Carnegie Museum of Natural History, USA, explains: “This kind of discovery, in essence, fossilized behavior, is the rarest of the rare in dinosaurs. Though a few adult oviraptorids have been found on nests of their eggs before, no embryos have ever been found inside those eggs.”

Dr. Xu, from the Institute of Vertebrate Paleontology and Paleoanthropology in Beijing, China, and one of the authors of the study, expects that this rare discovery holds a great deal of information, “It’s extraordinary to think how much biological information is captured in just this single fossil.” Dr. Xu says, “We’re going to be learning from this specimen for many years to come.”

The Fossilized Eggs were about to Hatch!
The scientists found an incomplete skeleton of an adult oviraptor with pebbles in its stomach. This is an example of gastroliths, “stomach stones,” which the creature had consumed to help it digest its food. It’s also the first example of undisputed gastroliths found in an oviraptorid, which the team believes could help provide new information about the diet of these dinosaurs. 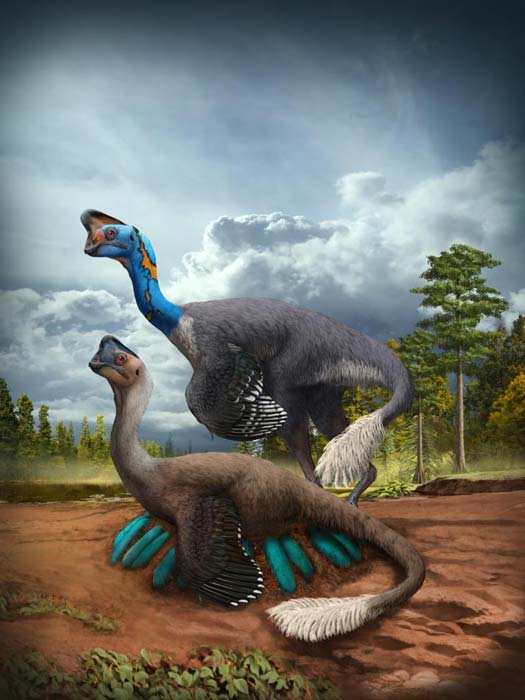 The dinosaur was found crouched over the nest of at least 24 fossilized eggs in a brooding or protective posture. This suggests the dinosaur died while brooding or protecting its babies. But when the researchers used oxygen isotope analysis on the eggs, they found that they had been incubated at high, bird-like temperatures, which supports the belief that the adult more likely died while brooding its nest.

At least seven of the fossilized eggs still contain the remains of unhatched oviraptorid embryos. Based on the development of the sources, the scientists think that some of the eggs were on the verge of hatching. According to Dr. Lamanna, “This dinosaur was a caring parent that ultimately gave its life while nurturing its young.” 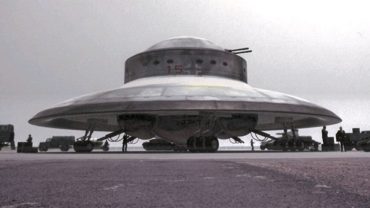