Easter Island in the southeastern Pacific Ocean, Chile, is one of the most isolated lands in the world. For centuries, the island has evolved in isolation with its unique community popularly known as the Rapa Nui people. And for unknown reasons, they began to carve giant statues of volcanic rock. 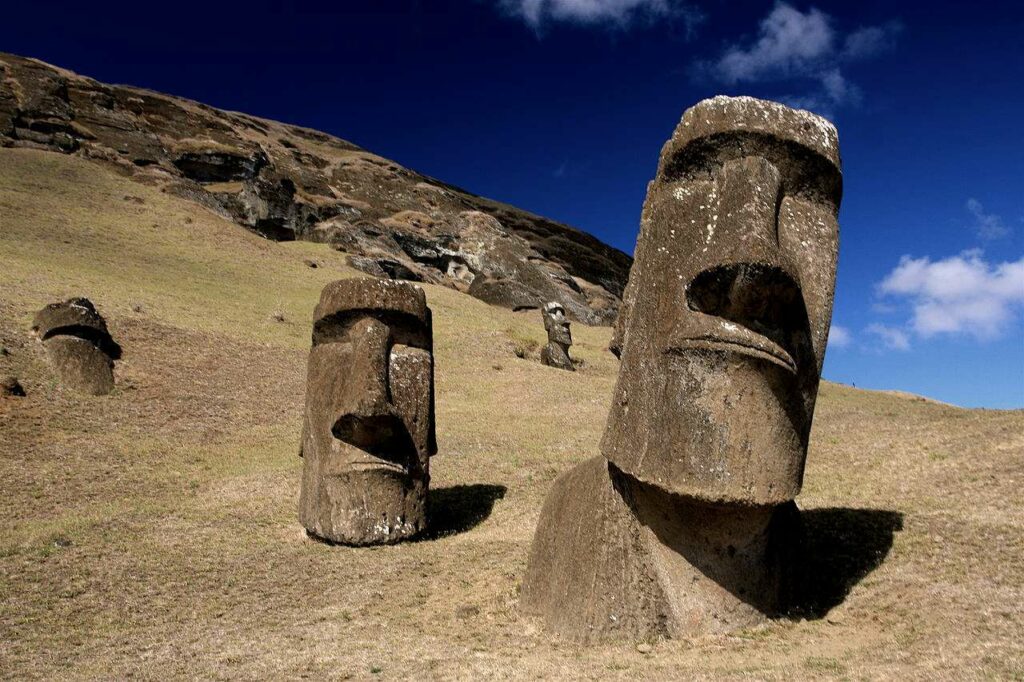 These massive statues, known as Moai, are some of the most amazing ancient relics ever discovered. Science puts a lot of theories about the mystery of Easter Island, but all these theories contradict each other, and the truth is still unknown.

The Origin Of Rapa Nui

Modern archaeologists believe that the first and the only people of the island were a separate group of the Polynesians, who were once introduced here, and then had no contact with their homeland. Until that fateful day in 1722 when, on Easter Sunday, Dutchman Jacob Roggeveen discovered the island. He was the first European to discover this enigmatic island. This historic find later sparked a heated debate about the origin of the Rapa Nui.

Jacob Roggeveen and his crew estimated that there were 2,000 to 3,000 inhabitants on the island. Explorers reported fewer and fewer inhabitants as the years went on until eventually, the population dwindled to less than 100 within a few decades. Now, it’s estimated the island’s population was around 12,000 at its peak.

No one can agree on a conclusive reason as to what caused the sudden decline of the island’s inhabitants or its society. Likely, the island couldn’t sustain enough resources for such a large population, which led to tribal warfare. Inhabitants could have also starved, as evidenced by the remains of cooked rat bones found on the island.

On the other hand, some scholars claim that the overpopulation of rats caused deforestation on the island by eating all of the seeds. In addition, people cutting down trees and burning them speed up the process. As a result, everyone went through a lack of resources, which led to the downfall of the rats and eventually of the humans.

The researchers reported a mixed population of the island, and there were dark-skinned people, as well as people with fair skin. Some even had red hair and a tanned complexion. This is not entirely linked to the Polynesian version of the origin of the local population, despite long-standing evidence to support migration from other islands in the Pacific Ocean.

It is thought that the Rapa Nui people traveled to the island in the middle of the South Pacific using wooden outrigger canoes around 800 CE ― though another theory suggests around 1200 CE. Therefore archaeologists are still discussing the theory of the famous archaeologist and explorer Thor Heyerdahl.

In his notes, Heyerdahl says about the Islanders, who were divided into several classes. Light-skinned islanders were long drives in the earlobes. Their bodies were heavily tattooed, and they worshiped the giant Moai statues, performing the ceremony in front of them. Is there any possibility that fair-skinned people once lived among the Polynesians on such a remote island?

Some researchers believe that Easter Island was settled in stages of two different cultures. One culture was from Polynesia, the other from South America, possibly from Peru, where there were also found the mummies of ancient people with red hair.

The mystery of Easter Island doesn’t end here, there are so many unusual things linked to this isolated historic land. Rongorongo and Rapamycin are fascinatingly two of them.

Rongorongo – An Undeciphered Scripts
When missionaries got to Easter Island in the 1860s, they found wooden tablets carved with symbols. They asked the Rapa Nui natives what the inscriptions meant, and were told that nobody knew anymore, since the Peruvians had killed off all the wise men. The Rapa Nui used the tablets as firewood or fishing reels, and by the end of the century, they were nearly all gone. Rongorongo is written in alternating directions; you read a line from left to right, then turn the tablet 180 degrees and read the next line. 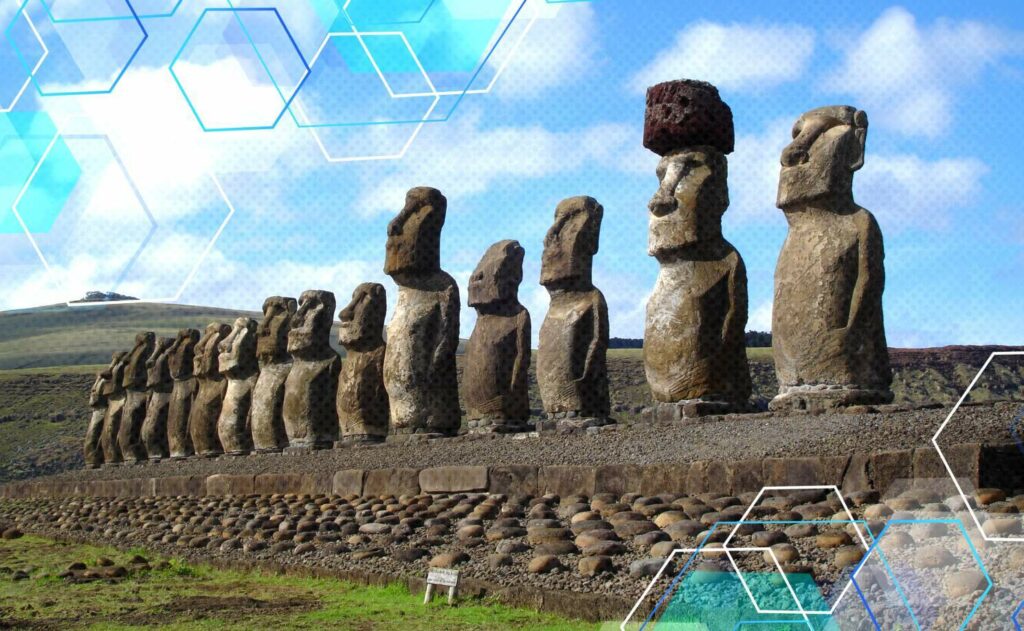 There have been numerous attempts to decipher the rongorongo script of Easter Island since its discovery in the late nineteenth century. As with most undeciphered scripts, many of the proposals have been fanciful. Apart from a portion of one tablet that has been shown to deal with a lunar calendar, none of the texts are understood, and even the calendar cannot be read. It is not known if rongorongo directly represents the Rapa Nui language or not.

Experts in one category of the tablet were unable to read other tablets, suggesting either that rongorongo is not a unified system, or that it is proto-writing that requires the reader to already know the text.

Rapamycin: A Key To Immortality
Mysterious Easter Island bacteria could be the key to immortality. Rapamycin, or also known as Sirolimus, is a drug originally found in Easter Island bacteria. Some scientists say it could stop the aging process and be the key to immortality. It can lengthen the lives of old mice by 9 to 14 percent, and it boosts longevity in flies and yeast too. Though recent research clearly shows Rapamycin possesses a potential anti-aging compound, it is not without risk and experts are unsure of what the outcome and side-effects would be for long-term use. 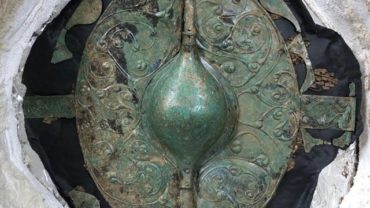