Ancient Sumerian texts refer to the Anunnaki as “those who descended from heaven,” a powerful race of extraterrestrial beings who projected humanity hundreds of thousands of years ago.

The Anunnaki, or “those who descended from heaven,” were the primary gods of the ancient Sumerians, Akkadians, Assyrians, and Babylonians, who lived in Mesopotamia, which is now Iran and Iraq. 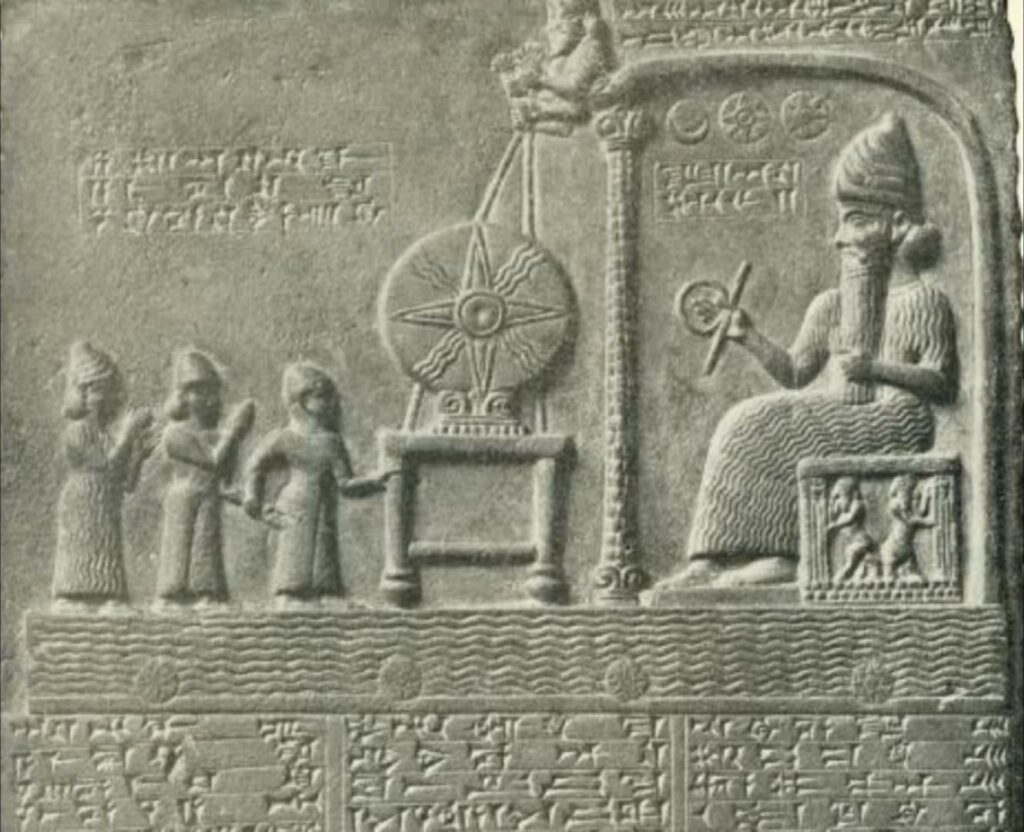 Enki was one of the most significant gods in Sumerian mythology and the patron of the city of Eridu, which the ancient residents of Mesopotamia thought to be the first city established in the world. Enki is responsible for creating mankind, who were destined to serve the gods, in the Epic of Atrahasis. This Sumerian mythology epic poem covers the story from Creation to the Great Flood.

Humans, who at this time had long lives, multiplied rapidly, and Enlil, the chief of the gods, was very disturbed by the noise that humans were making and decided to send catastrophes to Earth to reduce the population and, in each disaster, the humans begged to Enki to teach them what to do to survive.

Enlil then resolves to send a great flood to wipe out humanity once and for all, and as Enki was unable to thwart Enlil’s plans, he descended to Earth to save Atrahasis, whom he considered a just man. Enki ordered and instructed Atrahasis to build an ark to save himself from Enlil’s wrath, and all other humans were destroyed in the flood.

After the flood, Enlil suggested creating the human being again, but this time with limitations, such as being less fertile, short-lived, and more vulnerable than the previous race.

The Planet Nibiru
Zecharia Sitchin, an Azerbaijani writer, offers a radically different perspective of humanity’s origins, as he explains in his book collection “The Chronicles of the Earth.” 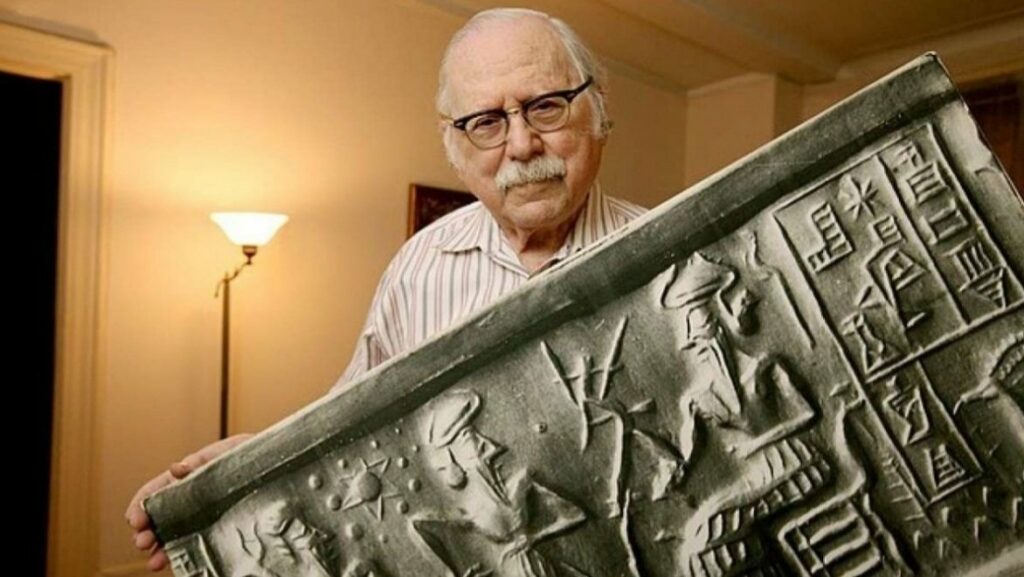 Zecharia Sitchin qualified the Anunnaki’s as Ancient Astronauts and that “those who came from heaven” would be an extraterrestrial race of intellectually superior beings who taught the Sumerians about astronomy, architecture, mathematics, medicine, metallurgy and gave them the written language.

Sitchin thought that modern Homo Sapiens were the result of genetic manipulation and that the Anunnaki formed the Sumerians by fusing a hominid’s DNA with their own.

Based on the Babylonian poem Enuma Elish, collected on cuneiform clay tablets from the Assyrian king Ashurbanipal library in the Nineveh, Zecharia Sitchin, an expert in ancient languages, begins a reinterpretation of the Earth’s creation myth, which has curious similarities with the biblical Genesis.

According to his interpretation, Nibiru, the “Twelfth Planet,” has a lengthy elliptical orbit of 3,600 years around the Sun and was occupied by people very similar to us.

According to Sitchin, one of Nibiru’s two moons might have crashed catastrophically with Tiamat, an ancient planet between Mars and Jupiter that split in two, with one of the parts being thrown into a new one millions of years ago. Orbit, along with one of Tiamat’s moons, formed the present planet Earth with its Moon.

Later, in another passage, the planet Nibiru itself would have hit the remnant fragment of Tiamat, which shattered and formed the Asteroid Belt. 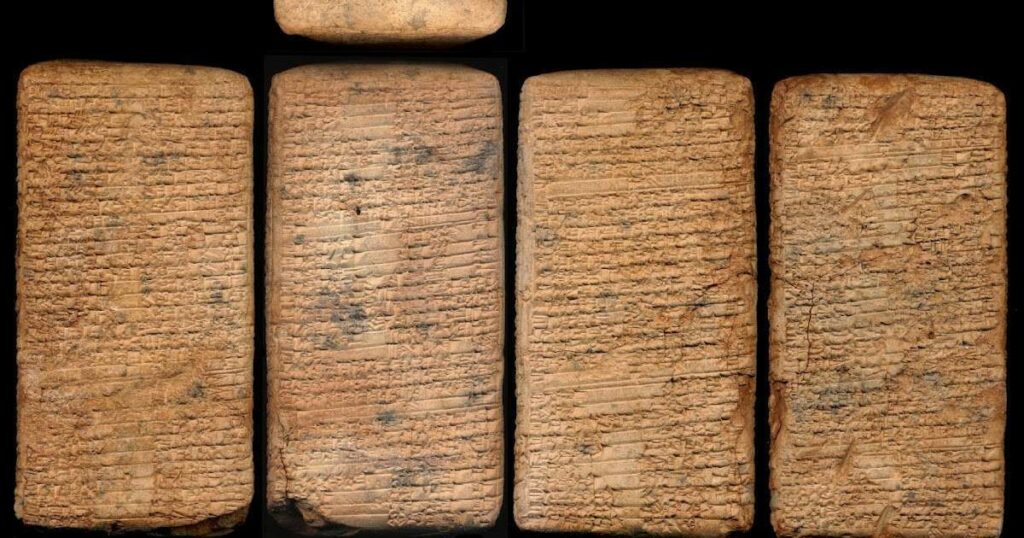 After the severe collapse and solving the problems suffered on their planet, the Nibiruans traveled through the Solar System searching for gold. About 450,000 years ago, Nibiru approached the Earth’s orbit, allowing some individuals to go sent in spaceships to our planet.

They established their bases in ancient Mesopotamia and essential gold deposits in southern Africa, where they found their mines to extract valuable minerals. However, the Nibiruan masters did not carry out the mining work, so they sent the Anunnaki people to do this task.

The Anunnaki’s were beings over ten feet tall, with white skin, long hair, and beard. Despite their physical and intellectual abilities, they began to be treated as kind of slaves. For this reason, the Anunnaki’s soon rebelled against their supervisors and demanded the Creation of an inferior being to take their place.

The Nibiruans accepted the proposal and decided to create a new species, combining their genes with the most evolved primates that lived on Earth.

The Creation of Humanity

At first, Enki and Ninmah, who were the chief scientists, designed beings of formidable strength and great size, who worked for the Anunnaki’s in the mines, however, these new beings could not reproduce, so they had to be continually created to achieve optimal production of mineral extractions. 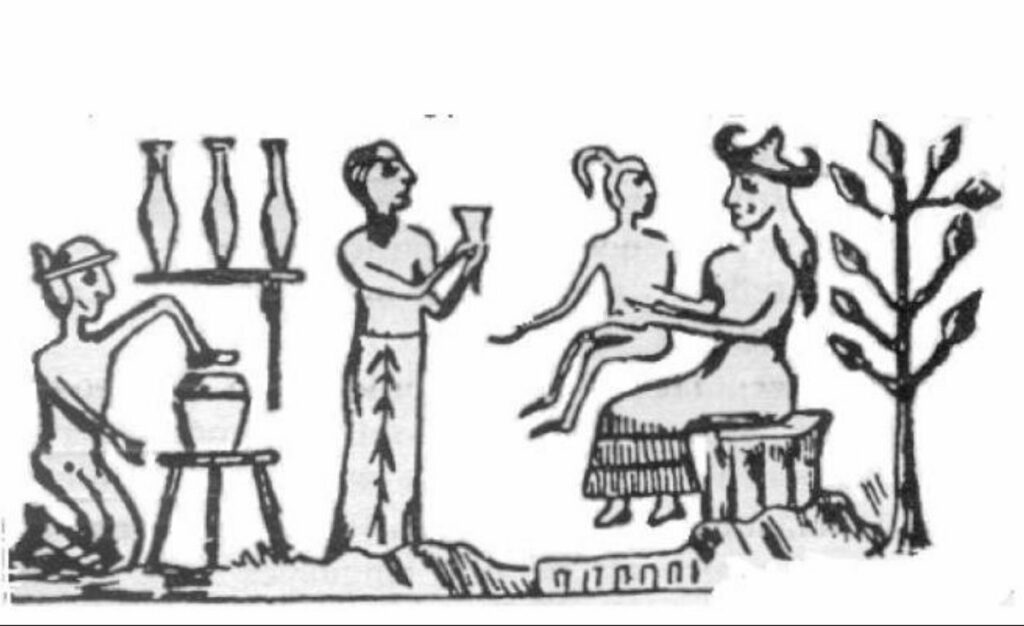 Enki and Ninmah developed several prototypes of beings until they got one that could reproduce with each other, so the first human species had been created in the form of Homo erectus.

Each time Nibiru moved away from Earth, a part of the “gods” returned to their home planet until the end of the 3,600-year cycle, a period that the Sumerians called Sar while a part of the Anunnaki’s remained on Earth to manage the gold mines and its new workers.

However, the new humans drawn in the image and likeness of their creators began to have disputes over earthly issues, forming alliances and rebelling against their masters, just as had happened before with the Anunnaki.

Many of them managed to escape the mines and set themselves up as free individuals elsewhere on Earth to start a new but primitive way of life. After 3,600 years, the orbital cycle was completed again, Nibiru approached our planet again, and the Anunnaki leaders returned to Earth, only to find that the situation was out of control again.

They punished the Anunnaki by making them work in the mines again, and during their brief visit to Earth, they began new experiments to create a new, more perfect race of workers. Thus, the chief scientist Enki and the physician Ninti used genetic manipulation and in vitro fertilization and designed a new species with more significant intellectual capacity, capable of thinking, speaking, reproducing, and creating homo sapiens. 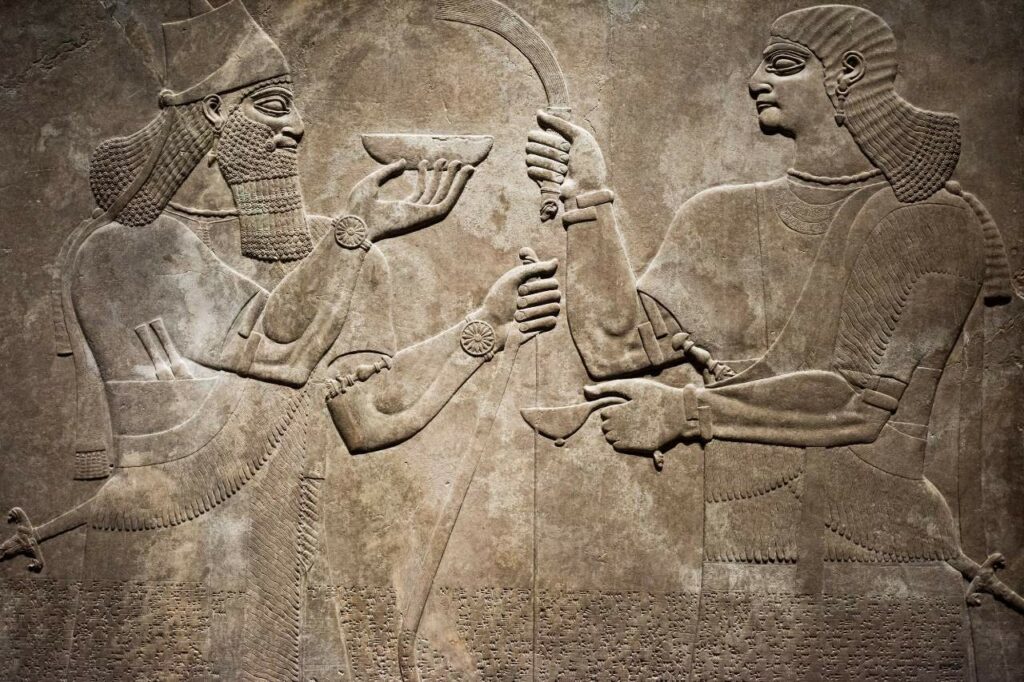 “Man and woman he created them; and he blessed them, and called them by the name of Adam, in the day they were created.” Genesis 5:2.

Therefore, the Hebrew term Adam does not refer to a single man but rather to the first group of humans called Adamites or “those who are of the earth.”

According to Sitchin, ancient writings suggest that these “gods” guided the development of Sumerian civilization and that the human monarchy was formed to serve as a conduit between mankind and the Anunnaki.

After the birth of man, there was still one major issue. The other humanoid beings that had escaped and scattered were expanding and spreading much of the world throughout. The solution came in the form of a massive flood resulting from the disturbances that were taking place in the Solar System for about 12,000 years.

The Anunnaki then decided to abandon the planet and leave all of its inhabitants to the flood. Still, Enki, convinced that his most recent Creation was too perfect and unique, decided to help and save humans by instructing Atrahasis to build a massive ark in a very similar story to the biblical Noah.

According to Zecharia Sitchin, Nibiru’s last visit occurred in 556 BC, and given its 3,600-year orbit, its return is expected in the Third Millennium. However, he believes that the Anunnaki’s may come sooner, somewhere between 2090 and 2370, and that their arrival will coincide with the astrological change from the Age of Pisces to the Age of Aquarius. 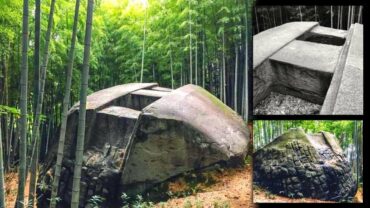