An underground settlement of considerable proportions has been unearthed in the Nevsehir Province in Turkey, a region already renowned for its unusual historic sites.

What makes this discovery unique is the permanent role it served for its dwellers. As initial analysis have revealed, residents of this underground complex not only found shelter inside, but they also spent much (if not all) of their existence in those tunnels.

Carbon dating revealed that the mysterious buried complex predates the Hittites, the ancient peoples which formed an empire in this area about 3,600 years ago.

Not disclosing too much information, Mayor of Nevsehir, Hasan Ünver, expressed his excitement in a statement for a local media trust:

“When the works are finalized, the history of Cappadocia will be rewritten.

“We have reached significant discoveries; new long tunnels and spaces where people lived altogether; places where linseed oil was produced, chapels and tunnels combining various living spaces in the underground city were found.”

The unusual complex was found by chance by a group of Turkish workers excavating in the area for an urban development project. 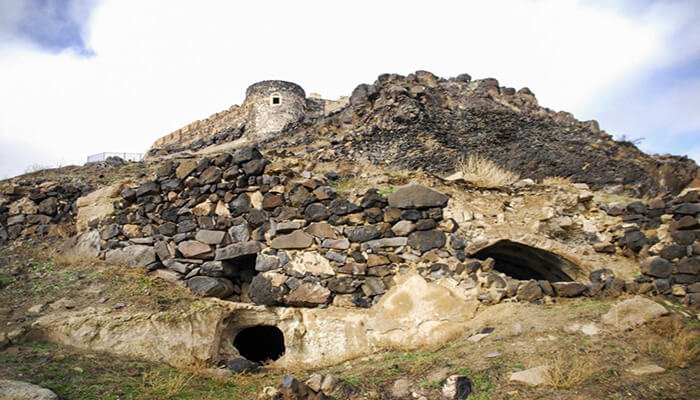 Archaeologists who first made it to the site thought they were dealing with another settlement similar to the city of Derinkuyu, the largest excavated underground establishment in Turkey, which housed an estimated number of 20,000 dwellers about 3,000 years ago.

The main difference here is that those people were hiding from the constant Muslim raids at that time, unlike these other inhabitants which found permanent comfort underneath the surface.

Özcan Çakır, an associate professor at the Geoglyphic Engineering Department of the Canakkale University in Turkey, believed at first that the wide tunnels were utilized as “agricultural highways” which provided safe passage to people carrying food supplies across long distances.

What made the professor change up his mind was the freshwater source discovered at the end of the broadest explored tunnel which pointed towards the permanent nature of the site.

To make an idea of the proportions of this underground passage, it stretched across the entire city of Nevşehir, and continued for other kilometers to this far out water source. The site is estimated to be nearly five million square feet (460,000 square meters).

Among the items salvaged by the archaeologists were pipe-like instruments made of sepiolite mineral that were probably used for smoking tobacco and other region-specific psychoactive substances. These “Meerschaum pipes”offers another clue to the permanent nature of this settlement below the surface.

“This is a real underground city where dwellers resided permanently, and not like other underground cities where they lived temporarily,” added Mayor Ünver.

“We are definite that we will also reach very important information and discoveries regarding world history.”

This formidable discovery of humans living permanently below ground raises indeed more than a few question marks that would threaten the established historical record. To this end, I’ll highlight the most notable of intrigues. 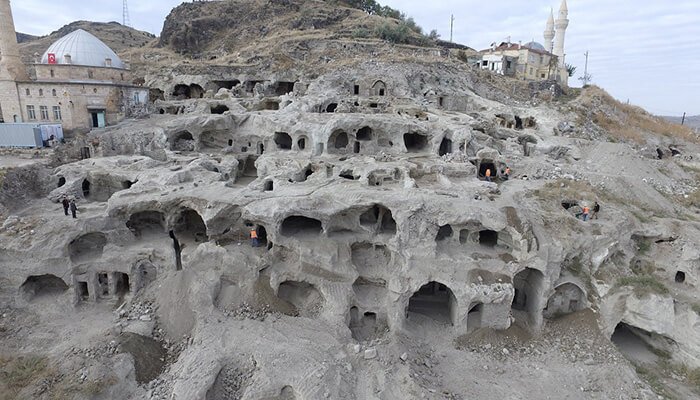 Were these people pushed to live there as a result of some merciless cataclysm on the surface? Did a nuclear war engulfed this region sometimes in the remote past? Will there be evidence of a long-forgotten race? And most important, will Turkish authorities reveal these exotic truth if it was really the case?

From what we know, a curious culture named Ubaid evolved between 6,500 and 5,000 B.C. to the est of Turkey, in the region of ancient Mesopotamia. Among the artifacts belonging to this remote culture, archaeologists discovered numerous reptilian-like statuettes depicting female reptiles breastfeeding their sucklings.

Researchers believe these artifacts served no ritualistic purpose, thus posing an enigma even today. We can, however, make an analogy between the newly discovered underground complex in Turkey and these pres-Sumerian statuettes that could, despite all wonder, prove to be ritualistic objects used for venerating a species of reptilian humanoids.

The network of tunnels is in relative vicinity to the area where the Ubaids had once thrived, and this mystery would start to make sense if we think of reptilian humanoids living underground.

Since humans adopted the same practices to escape any dangers on the surface, we can speculate that our species had once interacted with these reptilians, proof of their interplay being these puzzling statuettes with clear reptilian features.

Nevertheless, this is just an assumption that further needs to be probed. The best hope of solving this mystery comes from the Turkish government that promised to make the first part of the underground site available to the public in 2017.

The archaeological project is coordinated by archaeologist Semih Istanbulluoglu and the Culture and Tourism Ministry. So far, Ashish Kothar, a UNESCO representative was allowed to inspect the tunnels and take pictures, but the confidential agreement forbid him from releasing them publicly.

Piecing together forgotten (or denied) bits of history may lead us to an alternative version of the past. It’s still unclear if we’re going to be allowed to know about this, but the best chance we have (for now) may come from this formidable underground city in Turkey. 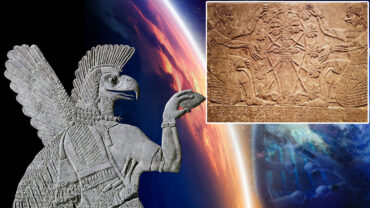