In which history books were taught at school, have we read about the Luwians that mean the Light People living in the South and West Anatolian, or have we heard the name of this civilization before? I am sure many of you have just met or will meet this name for the first time in this article. There are many theories about this civilization based on the excavations found. 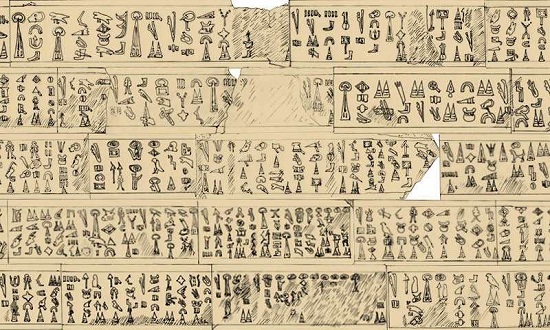 Was it the first civilization established in Anatolia?

According to Bilge Umar, they were the first indigenous people of Anatolia. Well, how did he reach this decision? While examining the Hittite excavations, in some religious texts, in some of their seals, and all of the monumental epitaphs, there was a language different from their hieroglyphic whose name is” quickly.” Although it was thought that this writing belonged to the Hittites at first, it was discovered that this language has belonged to Luwians. The Hittites gave this name to them. It is said that this text was started to be used 2000 years before Hittite sovereignty in Anatolia. According to the findings of the excavations obtained from Mersin, Hacilar, and Alisar, archeologist Firuzan Kınal says that the Bronze Age, which appeared in Anatolia in 6000 BC, was again created by the Luwians and Bilge Umar supported this view.

Were The Trojans the Luwians?

The second theory was asserted by the Swedish historian and geologist Dr. Eberhard Zangger, the head of the Luvian Research Foundation and living in a geographically distant place from Anatolia. Dr.Eberhard Zangger directed us to the inscriptions on the limestone of 29 meters in length on a field in Beyköy, Afyon. In 1878, the villagers found a limestone in Beyköy that they could not understand the graphics on ıts surface and decided to use it based on the mosque.

At that time, the French archaeologist George Parrot, who was digging in the area, tried to get the inscription to solve it, but he could not convince the villagers, but he managed to draw the graphics on the stone and returned to his country. Precisely 134 years later, after the death of an English Ancient Time Historian, James Mellaart, this text came out of his archives in 2012.

The son of the historian gave a copy of the inscriptions to Dr. Eberhard Zangger. Dr. Zangger began to decipher notes with 30 people, consisting of Swedish and Dutch scientists. The description was 3200 years old and belonged to the Bronze Age. 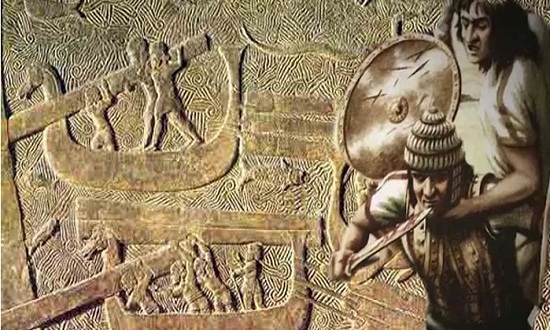 The ancient text told how the kingdoms living in Asia Minor (Anatolia)had built a naval force against Hittites and conquered coastal cities in the Eastern Mediterranean. According to Dr. Zangger, the Luwians were not a single kingdom but a dozen kingdoms spread over a wide geographical area, and this situation has been confirmed in many sources.

In 1190 BC, it was stated that the text was written by one of the kings of Young Bronze Ages Kingdoms -Mira -called Kupanta-Kurunta. The text also told us that the kingdoms had conquered Egypt at that time. Other archaeologists also have been talking about the sudden and uncontrolled collapse of the civilizations belonging to that time with the influence of people coming from the sea in this period. Therewithal today’s academicians call the people who made the attack “The Trojan Sea People.”

Setting out from this inscription written in Luwian, the Swedish historian and geologist claimed that the Trojans were the Luwians. He added that the ancient city of Troy had been spreading 100 times larger area than as it is known.

Many archaeologists confirmed that ancient Greek and the Hellenes had made war against those mysterious sea people who were strengthened at that time. According to Zangger, this battle was precisely the Battle of Troy, and the weird sea people were the Luwians. He added that if the excavation were allowed to take place 5-6 meters deep in the floodplain of the Black Menderes river in Troy and 10 meters deep in some parts of Anatolia, he would be able to prove his thesis.

What happens if this claim is proved?

Contrary to what is believed, It would come out that Western Civilizations were affected by Anatolian civilizations rather than Greeks. In other words, it would turn out that culture has spread from east to west rather than west to east, and it can throw light on information based on lies.

There is clear evidence about the fact that the Luwians influenced the Greeks. It turns out that the origins of the Hellenistic place names in Southern Anatolia are in the Luwian language, and they were derived from the Greek pronunciation of the word. Many gods and goddesses such as Kibele, Aphrodite, Apollo, and Artemis belong to the Luwian language.

There are also various opinions on the fact that many words such as drama, theater, comedy, tragedy, etc., which have been considered ancient Greek, originated from Luwians. There were also claims about the Luwian language was spoken in Troy at that time. Dr. Zangger wants to prove this claim, but he stated that he had been prevented from the first day he had unveiled his thesis. Perhaps it indicates to us both directly and indirectly that the west does not want to reveal the mysterious information about the Luwians.

Were they one of the Civilizations that had escaped from the Lost Continent “Mu”?

Another claim stemmed from the fact that this civilization called itself the civilization of “Ma” and worshiped the sun. The word Ma means mother, and it is suggested that the word “ma” or “mu” has involved deep esoterism. It has been believed that the Luwians, whose languages were a member of the Indo-European family, was a community that had escaped from the lost Mu and had migrated to Asia and then settled in Western Anatolia.

Apart from the reasons mentioned above, there is another thesis that supports this view.

The alphabet used by the Luwians and the alphabet used by the “Mu people” were very close to each other and looked at Plato’s meeting with an Egyptian priest. This priest told him about the name of Atlantis in 9000 BC and said to him that there had been voyages from this island to the islands on the opposite ocean. This shows that the people had managed to escape from the “Mu” continent before it sank and built the Mayan empire, then some of them passed to the Atlantis.

This may also indicate that some people had come to the Mediterranean and Aegean coasts through Atlantis and invaded the shores. Then they established civilizations there. It is thought that the lost sea people mentioned in previous claims are those civilizations named the Luwians. This claim reveals that the Aztecs, the Mayas, the Incas, and the Luwians have the same cultures. The appearance of similar inscriptions and figures or paintings on the excavations that have been made all over the world suggests that these can not be a coincidence.

Were the Nosairians the Descendant of the Luvvies?

The last claim is that Nosairians were the grandsons of the Luwians, who are very familiar to us as Turks and constitute a specific part of Turkish society in Anatolia who call their beliefs as Alevism, based on the view that other neighboring states called them with the name Aluwians and beside the word “a” can be derived from the beginning of the term “luwian.”

Their claims are not only based on word similarity. They say that the word “Alevism” means belonging to the fire, in other words belonging to the light. The fact that Nosairians in the Ottoman Empire were called “Light People” strengthens the possibility that this view can be accurate. Some people whose beliefs are Alevism have the concepts of “Lightness” and “Light Alevism” today. When describing the religions of the Luwians, as they adopted the approach of esotericism, it was stated that all the secrets belonging to this faith were explained to the people who had a certain level of perception and who had passed a specific education.

Perhaps through initiation, this belief is still going on today, but it is hidden because of fear of getting reactions. As you know, freedom of religion is not essence but a name for our planet. Erdogan Cinar, who supports this view, wrote a book on this subject.

Some names of the mountains, hills, and rivers currently used in Anatolia belong to Luwians, and some words in the Turkish language had passed from them. At the same time, kinship was discovered with the local people in Sagallos, an ancient city in southern Anatolia.

Do you think that while the Luwians have affected the civilizations with their culture and the heritage, they have left behind, having so many claims about themselves could attract enough attention, or could their voices be heard enough? 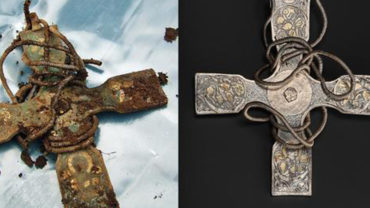