Since the translation of the Book of Enoch from ancient documents discovered in Ethiopia in 1768, it has caused a stir in the long-told history of humanity. The Book of Enoch, credited to Enoch, Noah’s great-grandfather, narrates the account of the fallen angels known as the Nephilims or Anunnaki.

Popular belief discovered several versions of the Book of Enoch among the Dead Sea Scrolls’ ancient Jewish and Hebrew holy writings in 1948. It was unearthed near the ancient settlement of Qumran in seashore caves. Some stories are said to be very similar to those of Ancient Sumer.

The book is divided into five distinct sections:

Noah, the seventh generation of humanity after Adam, was Enoch’s great-grandpa. God picked him to perform his bidding and convey his words because of his righteousness, especially after the Earth became corrupted owing to the irresponsible activities of a particular order of angels with remarkable human appearance, also known as “The Watchers.”

Enoch was God’s messenger, and he was the one who received his wise words and shared them throughout the nation. In the end, God took him into his kingdom, allowing him to escape his earthly doom, which he knew was coming sooner or later.

“Enoch walked diligently with God for 300 years after becoming the father of Methuselah, and he had other sons and daughters.” Enoch was alive for a total of 365 years. Enoch walked with God obediently for a time, but then God took him away. Enoch was removed from this world by faith so that he would not die: ‘He could not be found, for God had taken him away.’ He was praised as someone who pleased before he took him. 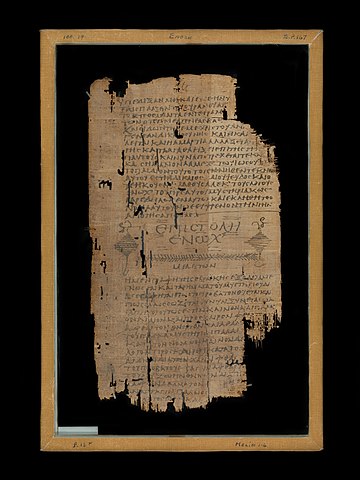 It’s easy to see why the Book of Enoch was left out of the modern Bible, which describes wicked angels who fell in love with mortal women and married with them, giving birth to the Nephilims, a hybrid species of giant humanoids known throughout secular and Biblical history.

“And it came to pass when the children of mankind multiplied, that beautiful and comely daughter was born unto them in those days.” And the angels, the children of heaven, saw them and lusted for them, saying to one another, ‘Come, let us choose our spouses from among men’s offspring and beget us, children.’ ‘I worry ye would not consent to execute this deed, and I alone will have to bear the penalty of a huge sin,’ Semjâzâ, their commander, stated to them. ‘Let us all swear an oath and bind ourselves by mutual imprecations not to quit this idea but to carry it out,’ they all said. Then they all swore together and tied themselves to it by mutual imprecations.” [Chapter 6 of Enoch’s Book]

As a result, the angels descended from heaven to pick women of their choosing, disobeying the Creator’s will. They numbered 200 people and were led by the following individuals:

When the angels arrived on Earth, they began giving gifts of wisdom to both mortal men and women, thus contradicting the Creator’s intention for a new race of humans with their own will. The angels wanted to respect and worship in response, oblivious to the devastation they had created.

“And Azâzêl taught men to make swords, knives, shields, and breastplates, and made known to them the earth’s metals and the art of working them, and bracelets, and ornaments, and the use of antimony, and the beautification of the eyelids, and all kinds of precious stones, and all coloring tinctures.” And there arose a great deal of godlessness among them, and they committed fornication, were led astray and became corrupt in every way. Semjâzâ taught enchantments and root-cuttings, ‘Armârôs enchantment resolution, Barâqîjâl astrology, Kôkabêl constellations, zêqêêl cloud knowledge, Araqiêl earth signs, Shamsiêl sun signs, and Sariêl course.

of the lunar surface And as folks died, they screamed out, and heard their cries in heaven’…”

The new order of things impacted all living species in some way. The angels were unaware humans were too immature and trusting to be taught information all. As a result of the blood of its creatures, the Earth became reddish, and all living beings were vulnerable to divine cleaning.

“And all the others with them got wives, and each chose one for himself, and they began to go in unto them and defile themselves with them, and they taught them charms and enchantments, as well as root cutting and plant identification.” And they became pregnant and bore huge giants, three thousand ells tall, who devoured everything of man’s treasures. When men could no longer support them, the giants turned on them and devoured humanity. They began to commit sins against birds, creatures, reptiles, and fish, eating one another’s flesh and drinking one another’s blood. The Earth then accused those who broke the law.”

The Nephilims’ genesis was the first ordeal humanity had to undergo, as there was no method to meet the demands of those colossal humanoids. Because interfering with nature’s order had enraged The Creator, ‘The Watchers’, and all those corrupted were about to face retaliation.

“And, because they have mistreated mankind, annihilate all the spirits of the reprobate and the children of the Watchers.” Destroy all evil from the face of the Earth, put an end to every evil work, and let the plant of righteousness and truth appear, and it shall be a blessing; shall plant the results of justice and truth in fact and joy. For all eternity.” “And purify the earth from all tyranny, unrighteousness, sin, and godlessness, and demolish all uncleanness that is wrought on the earth.”

“‘Go to Noah and tell him in my name, ‘Hide thyself!’ the end that is approaching: it will destroy the entire Earth, and a flood is about to come upon the entire Earth, it destroying everything on it,’ said the Highest, the Holy and Great One, sending Uriel to Lamech’s son. Tell him now that he is free to depart and that his seed will preserve for future generations.”

Although some may find it difficult to believe, the great flood was planned long before Noah was born, and his great great grandfather was the one who spread the heavenly message.

The disaster was unavoidable because the inhabitants of the Earth had been corrupted and could no longer live in peace before that time. The Book of Enoch contains many contentious accounts from a time comparable to our own, but with some significant changes. Humans lived long lives before the flood, as evidenced by the Sumerian King List and the Egyptian Pharaoh’s timeline.

Although historians still regard this period in human history as speculative and unproven, several reports exist of a time when “gods walked among mortals,” mythological animals were more than a phantom of the mind, and 100 years of life were simply the beginning of one’s journey. Today, our distant history is either forbidden from being revealed because it would shatter the established order or because that cycle of human history was never meant to be known for some strange reason. 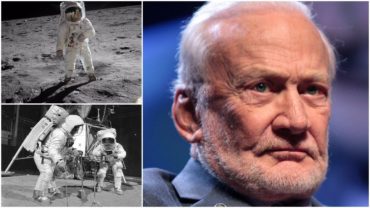