Hundreds of stone tools made by homo Erectus were found in a gold mine in the Sahara desert and are thought to be up to a million years old.

Miners in northeastern Sudan discovered the trove of hominid artifacts. They include almond-shaped cleavers and hand axes with a transverse cutting edge. 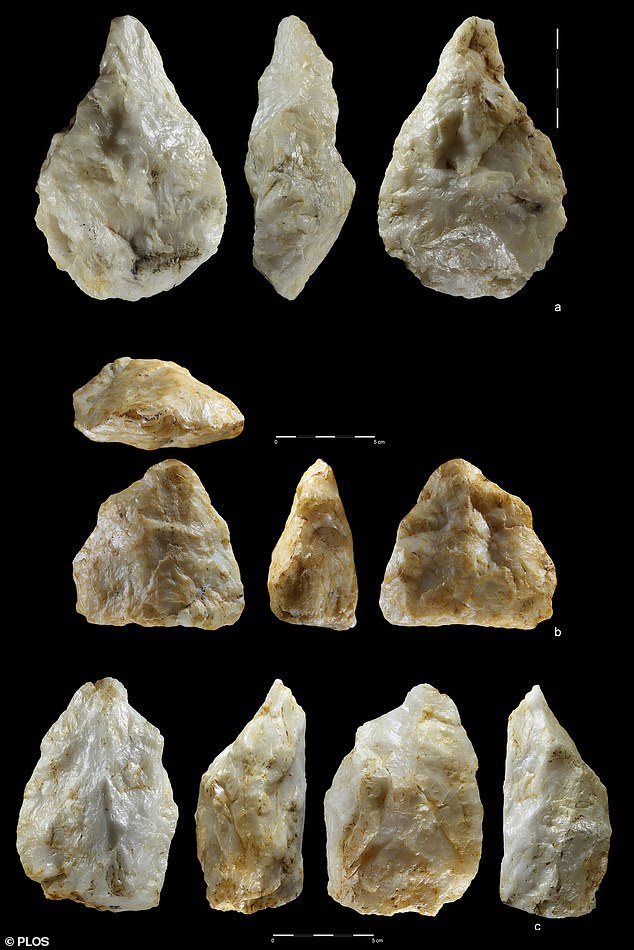 Archaeologists theorize the site was a workshop of sorts because stone flakes formed during their production were also preserved.

It’s believed to be the oldest confirmed example of tool manufacturing in the Eastern Sahara with a well-confirmed chronology.

The prehistoric ‘tool shed’ was uncovered in an abandoned gold mine about 45 miles east of the city of Atbara in the Eastern Desert Atbara River (EDAR) area.

A gold rush in the eastern Sahara has led to numerous open-pit mines being excavated, giving archaeologists a rare opportunity to examine exposed layers of sediment.

Miners found tools called splits, which have a transverse cutting edge that resemble a fist, and almond-shaped cleavers with beveled edges on both sides.

Because stone flakes known as debitage were discovered along with the finished tools, archaeologists believe the site was a workshop for manufacturing stone tools.

Optically stimulated luminescence (OSL), which uses the last time quartz sediment was exposed to light, dates layers of earth and sand just above the tools to about 390,000 years ago, according to the researcher’s findings, published in the journal Plos One. 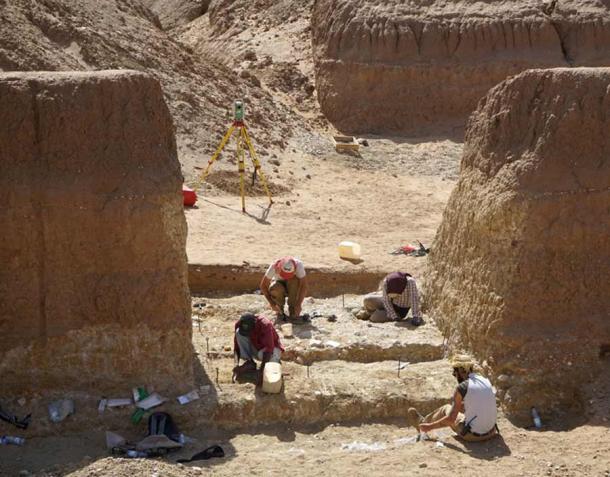 ‘This means that the layers below are certainly older,’ said lead author Mirosław Masojć, a researcher with the University of Wrocław’s Institute of Archaeology.

‘Based on the style of workmanship of the tools, I believe that they may be over 700,000 years old — perhaps even a million years old – similar to their counterparts in South Africa.’

That would make the mine the oldest known example of tool manufacturing in the Eastern Sahara with a well-confirmed chronology.

‘Ancient tools are found in deserts, but never before have they come from layers that we can safely determine their age,’ Masojć said.

The cleavers found in the mine are typical of findings in Ethiopia and Kenya that date back a million years, Masojć said.

Impact pits in the mine suggest the site was also used for working wood, bone, and other materials. 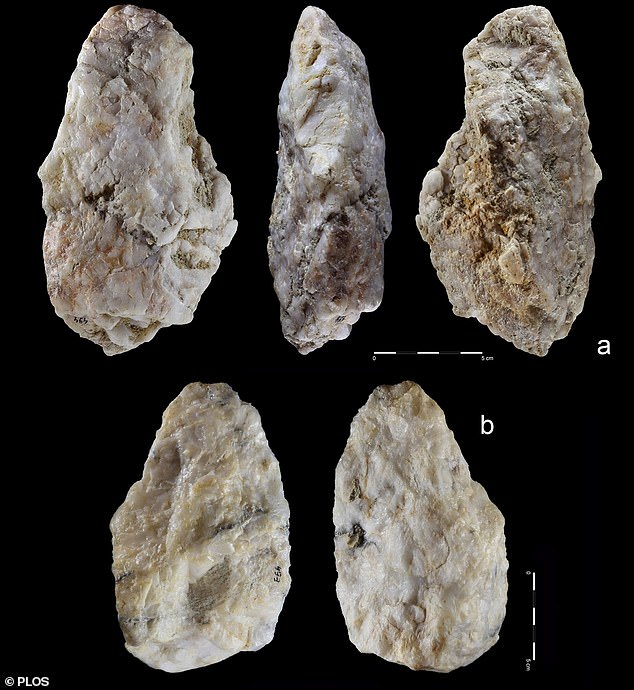 Paleolithic artifacts used by Homo erectus and Homo sapiens have been found in some 200 sites in the region.

‘Now we have confirmation that there are monuments in this area that are perhaps even twice as old,’ Masojć said.

Deeper parts of the mine may contain even older tools, but the unstable political situation in the region has made access difficult. 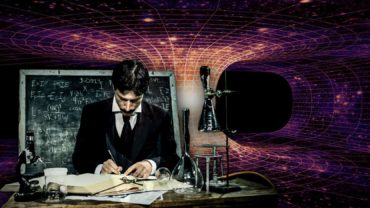