At first look, the ancient Egyptian gods appeared to be rather straightforward and uncomplicated: they were anthropomorphic half-humans and half-animals. Horus with a falcon’s head, Sobek with a crocodile’s head, and Thoth with an ibis’ head, the ancient Egyptians drew inspiration for their depictions of their gods from Nile animals. However, experts are still baffled as to which animal represents the god Set, also known as Seth, Sutekh, or Seth.

Seth was one of the most ancient gods in the Egyptian pantheon, and it is thought that he was worshipped as early as the Pre-Dynastic period. The earliest depiction of Seth can be found on an Amratian period carved ivory comb (4000 to 3500 BC).

According to Egyptian mythology, Seth is the deity of storms, disorder, desert sands, violence, destruction, war, and chaos. In ancient times, Seth was also known as the Greek Typhon, the Typhonian Beast, or the Typhonian Animal. Even if there is an image of this Typhonic beast in the form of a real animal, it cannot be identified. 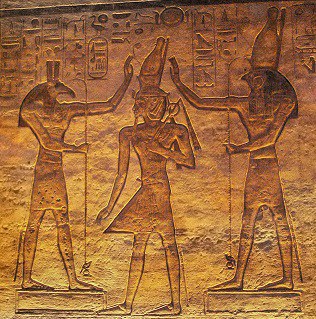 Seth’s head resembles that of a dog or a jackal, but his ears are extraordinarily long and stand upright, and his jaws are extended and curled, like those of an anteater. On the other hand, Anteaters are only found in Central and South America and do not have such ears. No other native animal has a head like it, so it’s no surprise that the deity Seth’s head has been a source of contention for hundreds of years.

Many scholars believe that Seth possessed the head of a fictitious animal that never existed in actuality. However, this appears weird when compared to the fact that other Egyptian gods had entirely authentic animal heads. Some experts have speculated that the animal depicted by Seth may now be extinct.

Some have speculated that Seth’s head is a stylized representation of a jackal, fox, or even a hyena. Yet, all of Seth’s images have a significantly curled muzzle, whereas these animals have a straight muzzle. Why would the Egyptians bend the face of a crocodile, a cat, for their other gods but not for Seth?

Seth also has a unique tail, frequently represented standing straight with a tassel at the end, as if it were a lion’s tailor with a forked end. Furthermore, the Egyptian god Anubis has been seen with a jackal’s head, snout, and ears, which reasonably represent a real jackal’s head. So, when the Egyptians represented Seth with an ahead like this, rather than Anubis’ jackal head, they didn’t just stylize a jackal head; they portrayed exactly what they wanted.

Some researchers have suggested that Seth has a giraffe’s head, even though Seth’s head is always very dark in colored frescoes, sometimes black or dark red, but never yellowish-orange, as a giraffe is. Many people agree that Seth’s head looks like a greyhound dog, an ancient breed; however, greyhounds’ ears are radically different, and this breed is unsuitable for the god of fury and battle. 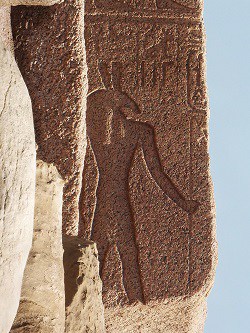 Other theories claim that Seth’s head belongs to a donkey, a wild dog, a pig, or even an okapi (a relative of the giraffe). Ancient astronaut theorists think that Seth is depicted in his actual form as an alien, as were all the old Egyptian gods before they became heroes of tales, which is one of the most disputed hypotheses.

Is Seth a bad God?

Originally, Seth was thought to be a kind god who dwelt in the Underworld and was in charge of assisting the deceased on their journey to heaven, but after the struggle with Horus, he became known as a wicked god.

A well-known ancient Egyptian story is the fight between Seth and Horus. Seth was the son of Geb and Nut, and the brother of Osiris, Isis, and Nephthys, who was also his wife, according to the Great Ennead of Heliopolis’ creation myth. Osiris ascended to the throne of Egypt, and Seth, envious of his brother, devised a scheme to assassinate him. Despite Seth’s success in slaying Osiris, Isis (Osiris’ wife) was able to use magic to resurrect her husband long enough for her to get pregnant with Horus. Horus grew up and exacted revenge on Seth, triumphing and becoming Egypt’s new ruler.

Although many myths depicted Seth as an evil power, this was not always the case. The gods exploited Seth’s strength and passion for good in some stories. Seth’s function as a guardian of Ra’s sun boat is the most well-known of these. Set fought Apep, the chaos snake, every night while the sun boat traveled through the Underworld. Seth is frequently shown spearing Apep, an ancient Egyptian deity who personified chaos (left in Egyptian) and was thus the opponent of light and Ma’at (order/truth). 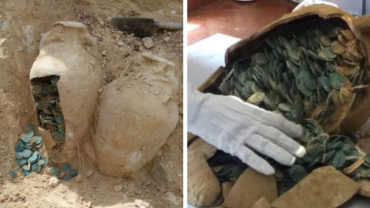