Micronesia is an independent country of the United States, consisting of the Yap, Chuuk, Pohnpei, and Kosrae regions along the western edge of the Pacific Ocean. The four regions of Micronesia consist of a total of 707 islands. The ancient city of Nan Madol was founded with 92 islands in it.

The island city, made up of giant basalt rock, once housed 1,000 people. Now it is completely abandoned. But why did someone build such an island city in the middle of the Pacific Ocean? To say, there are a couple of unexplained aspects of this mysterious city that are driving researchers crazy.

The walls of Nan Madol start rising from under the sea and some of the blocks used weigh as much as 40 tonnes! It is impossible to build walls from under the sea at that time. Therefore, Nan Madol must have been higher than the sea in the period when it was built. But according to geologists, the island on which Nan Madol is located never sank due to phenomena such as bradyseism, like other cities that are now below sea level, for example, ancient Siponto in Italy.

But then how did the sea cover Nan Madol? Obviously, if the island has not sunk, it is the sea that has risen. But Nan Madol is not located near a small sea, like the Mediterranean. Nan Madol is in the middle of the Pacific Ocean. To raise a giant like the Pacific Ocean, even by a few meters, requires an impressive mass of water. Where did all this water come from?

The last time the Pacific Ocean rose appreciably (over 100 meters) was after the Last Deglaciation around 14,000 years ago, when the ice covering most of the Earth melted. The melting of ice as large as entire continents gave the oceans the water mass they needed to rise. At that time, therefore, Nan Madol could easily have been partially submerged by the Ocean. But to say this would be tantamount to saying that Nan Madol is older than 14,000 years.

For mainstream researchers, this is unacceptable, which is why you read on Wikipedia that Nan Madol was built in the 2nd century AD by the Saudeleurs. But that is only the date of the oldest human remains found on the island, not of its actual construction.

And how did the builders manage to transport the more than 100,000 tonnes of volcanic rock ‘across the sea’ to build the 92 or so islets on which Nan Madol stands? In fact, Nan Madol is not built on land, but in the sea, like Venice.

The 92 islands of Nan Madol were connected to each other with canals and stone walls. © Image Credit: Dmitry Malov | DreamsTime Stock Photos, ID:130394640

Another enigmatic part of the ancient city is that the rock of which Nan Madol is made is ‘magnetic rock’. If one brings a compass close to the rock, it goes crazy. Does the magnetism of the rock have anything to do with the transport methods used for Nan Madol?

The legend of twin sorcerers

The 92 islands of the Nan Madol city, their size and shape are almost the same. According to Pohnpeian legend, Nan Madol was founded by twin sorcerers from the mythical Western Katau, or Kanamwayso. This coral island was completely uncultivable. The twin brothers, Olisihpa and Olosohpa, first came to the island to cultivate it. They started worshiping Nahnisohn Sahpw, the goddess of agriculture here.

These two brothers represent the kingdom of Saudeleur. They came to this lonely island in order to expand their empire. That is when the city was founded. Or they brought this basalt rock on the back of a giant flying dragon.

The founders of the dynasty ruled kindly, though their successors placed ever increasing demands on their subjects. Until 1628, the island was in the throes of that empire. Their reign ended with the invasion by Isokelekel, who also resided at Nan Madol. But due to lack of food and distance from the mainland, the island city was gradually abandoned by Isokelekel’s successors.

Signs of the Empire of Saudeleur still exist on this island city. Experts have found places such as kitchens, houses surrounded by basalt rock and even monuments to the kingdom of Soudelio. However, many mysteries remain elusive today.

Lost continent theories behind the city of Nan Madol

In his book Lost City of Stones (1978), writer Bill S. Ballinger theorizes that the city was built by Greek sailors in 300 BC. David Hatcher Childress, author and publisher, speculates that Nan Madol is connected to the lost continent of Lemuria.

The 1999 book The Coming Global Superstorm by Art Bell and Whitley Strieber, which predicts that global warming might produce sudden and catastrophic climatic effects, claims that the construction of Nan Madol, with exacting tolerances and extremely heavy basalt materials, necessitated a high degree of technical competency. Since no such society exists in the modern record this society must have been destroyed by dramatic means. 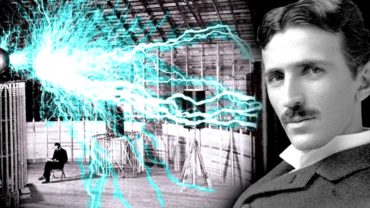