How did humans move blocks of a ton of weight to build the pyramids? This mystery had led us to question the existence of the giants in Ancient Egypt. Is there, however, any clear proof to confirm these extraordinary claims?

History has led us to believe that the kings of ancient Kemet (another name for Egypt that means “dark land”) were not ordinary people. Some call them elongated skulls, while others refer to them as quasi-spiritual creatures or ancient Egyptian giants. According to the legends, the Pyramids of Giza were erected by a race of giants. 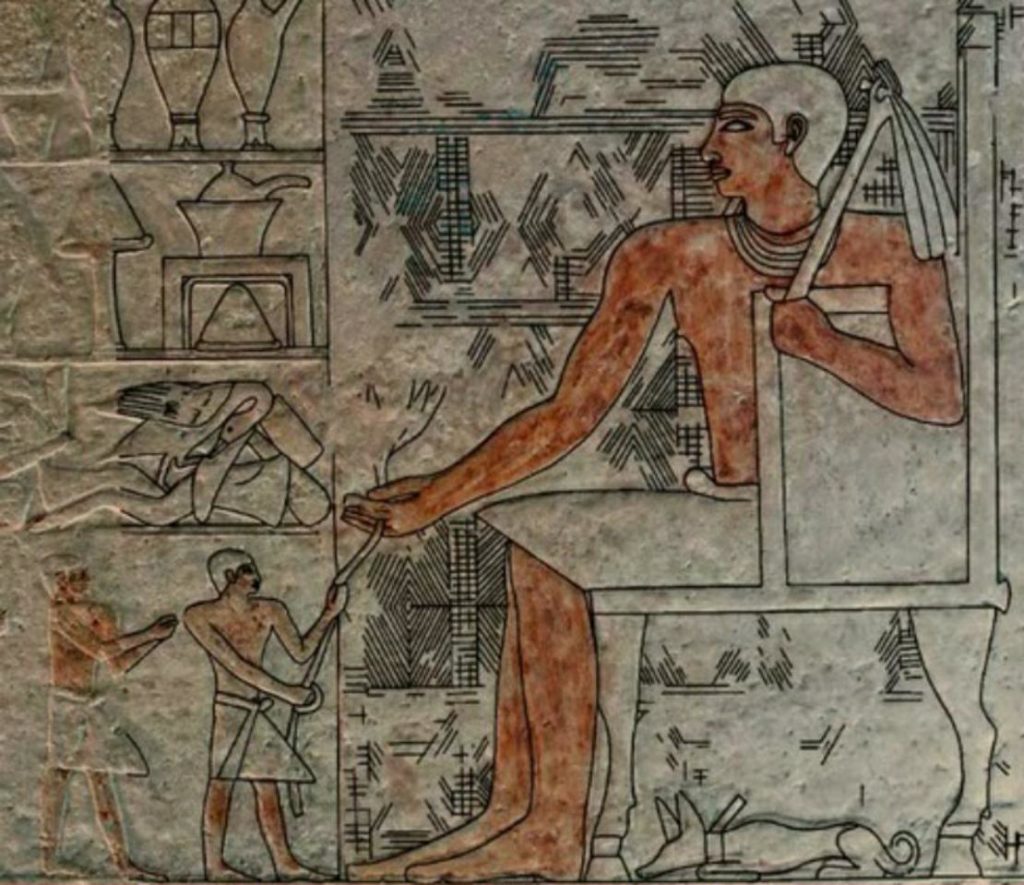 Manly P. Hall, an occultist and Freemason presented this theory during a lecture titled “Atlantis and the Ancient Gods.”

“In 820 AD, the great ruler, Sultan El-Rashid Al-Ma’mun, decided to unveil the Great Pyramid.” He had been told that it had been created by giants known as the Sheddai, superhuman beings and that they had hidden a tremendous treasure within those pyramids.”

In 832 AD, Al-Ma’mun traveled to Egypt and was the first to discover the Great Pyramid while the pyramids were still covered in white limestone, but who the Shedais are remain a secret until today.

Some believe it might refer to another name of the Shemsu Hor, or ‘Followers of Horus.’ Others say it refers to Shaddd bin ‘Ad (King of Ad), who was thought to be the king of the lost Arabian city of Iram of the Pillars, which is mentioned in Sura 89 of the Qur’an. He’s referred to be a colossus sometimes.

The relationship between the monumental constructions in Egypt and the giants

The Book of Wonders, also known as the Akhbar al-zamn (ca.900–1100 AD), is an Arabic compendium of ancient Egypt and prediluvian world legends. The inhabitants of ‘Ad were said to be giants; therefore, Shaddad could be one of them. According to legend, he built the monuments of Dahshur with carved stones during his father’s period.

Before that, the giant Harjit had commenced its construction. And later, Qofarm, another giant, “hid secrets in the pyramids of Dahshur and other pyramids, to imitate what had been done in the past. He created the Dendera City.” Dashur is made up of the Red Pyramid and the Bent Pyramid, built during Pharaoh Sneferu (2613-2589 BC). On the other hand, Dendera is known for its ornate pillars devoted to the Goddess Hathor. 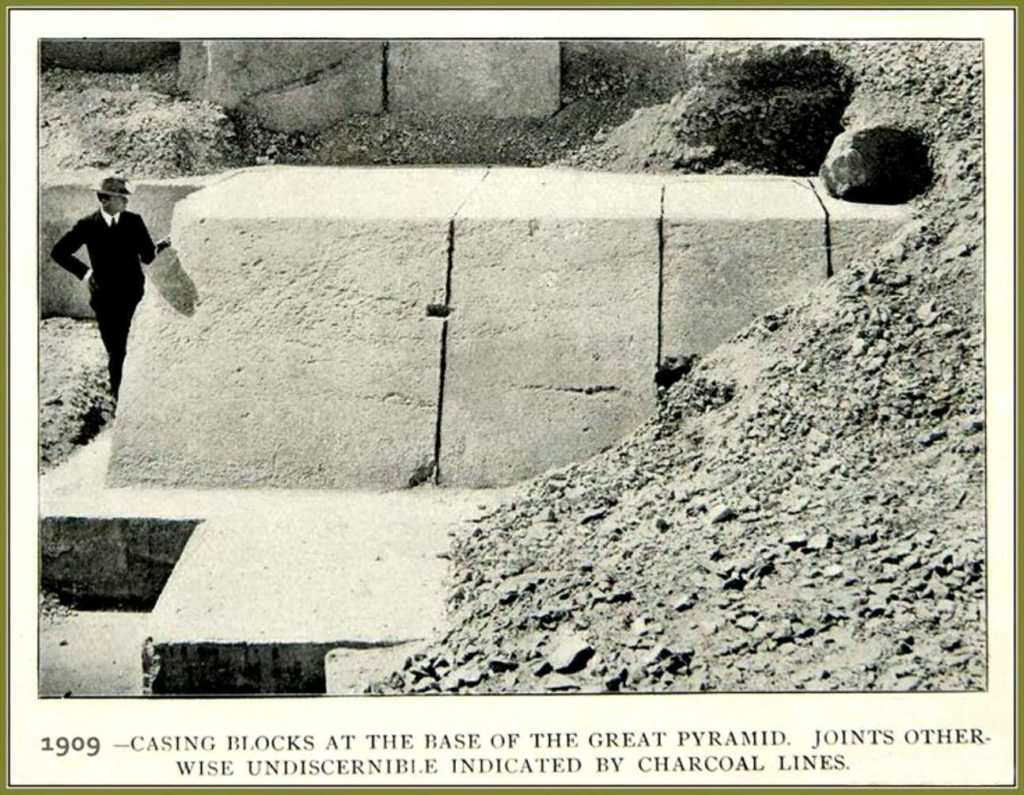 According to the text, the city of Memphis was also established by a group of giants who lived after the Great Flood and served King Misraim, who was himself a giant. Even later, this text also describes the work of these giants: “Adm was a colossus with impossible strength and the greatest of men. He ordered to quarry and transport rocks to build pyramids, as had been done in the past.”
So, what are our reactions to these tales? Manly P. Hall knew this text and tried to summarize it in his presentation. The author believes that all ancient ‘lore’ is worth acknowledging because many of these traditions relied on it to pass along knowledge and wisdom from generation to generation.

Were the ‘The Followers of Horus’ Giants? 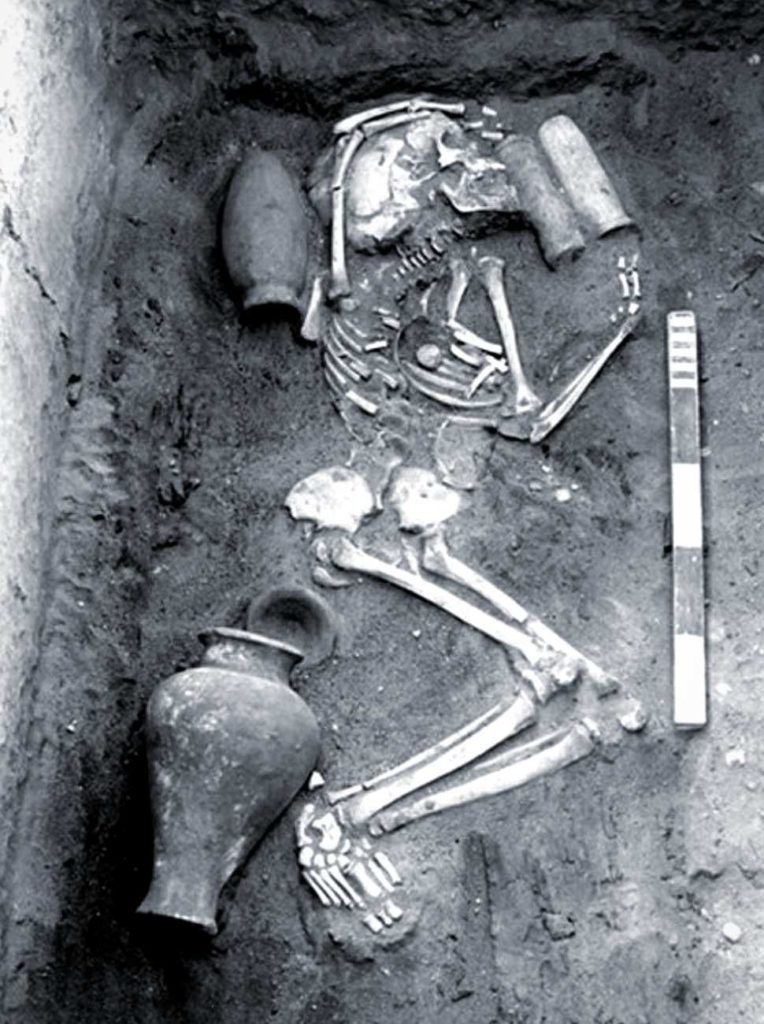 Horus’ followers are thought to be giants, as they may have built Giza’s central mound long before the pharaohs. This is believed to be the case because the Disciples of Horus, who controlled Egypt around the end of the 4th millennium B.C., were a powerful aristocracy.
“The Disciples of Horus appear as a powerful nobility that ruled over all Egypt by the end of the IV millennium B.C..” The existence of this tribe is confirmed by the discovery of physical remains of individuals with more giant skulls and statures than the indigenous peoples in Predynastic tombs in the northern section of Higher Egypt, with enough difference to rule out any conceivable shared racial strain.”

The discovery of predynastic tombs north of Upper Egypt supports the theory of its existence. Archaeologists discovered skulls and structures more significant than the others among the ruins. Any form of common racial strain is ruled out because of the difference.

The predynastic remains were found by Professor Walter B. Emery, an Egyptologist who visited Saqqara in the 1930s. Emer observed the extraordinarily massive remains which belonged to persons with blond hair and far more robust skin.

He claimed that while the strain was not native to Egypt, it was vital to its governance. He learned that this group was only associated with other aristocracies of equal importance and was thought to be a member of the Followers of Horus. 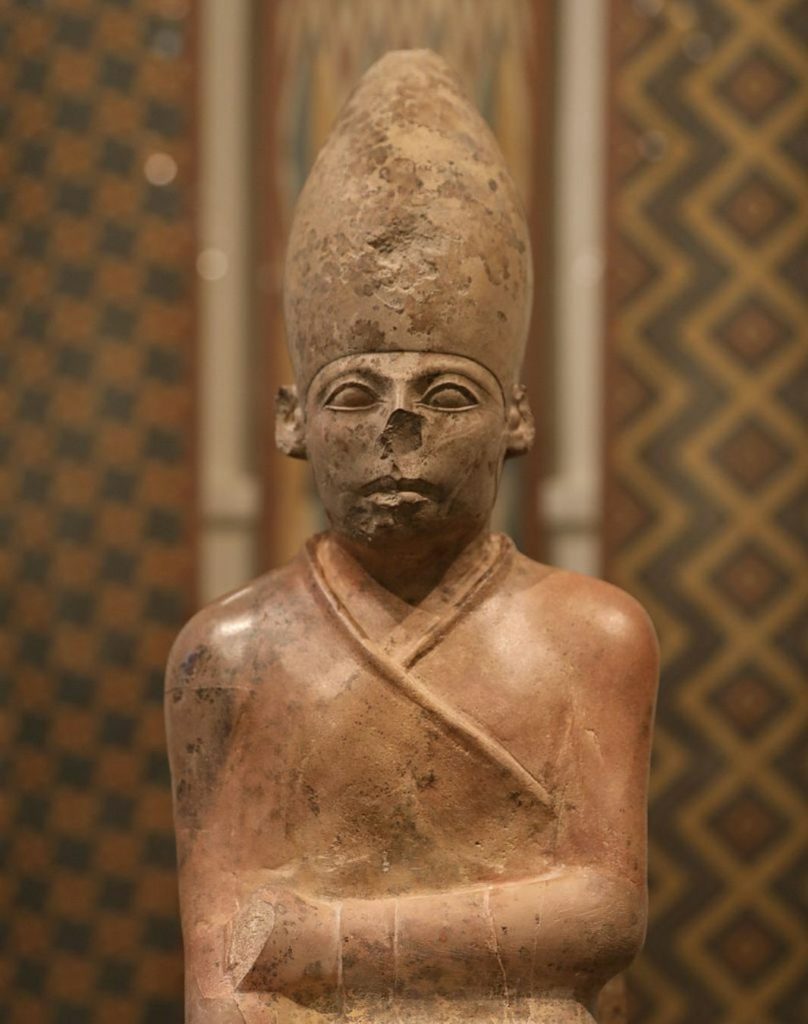 Khasekhemui was the final monarch of Egypt’s Second Dynasty, centered near Abydos. He was present while Hierakonpolis, the predynastic capital, was being built.
He was laid to rest in Umm el- Qa’ab’s necropolis. In 2001, his limestone tomb was inspected. The structure’s quality surprised researchers compared to the Djoser Step Pyramid at Saqqara, dated to the beginning of the Third Dynasty. Because Khasekhemui’s bones have never been discovered, it isassumed that it was stolen long ago.
Flinders Petrie, the first to dig the site, discovered that the pharaoh was about 2.5 meters tall in the 3rd century B.C.

Representation of a giant in Saqqara
The Step Pyramid of Saqqara and the other temples on the site was completed during the third dynasty. During the pyramid’s construction, Djoser, responsible for burying Khasekhemui, who is thought to be his son, controlled Saqqara.
It was possible to take the photo of a giant painting with an enlarged skull within this complex. This could, however, be a picture of skeletons discovered in the 1930s that had oversized skulls and complexions.

The Temple of Isis

A weird narrative concerning an image of the Temple of Isis was published in the world’s newspapers in 1895 and 1896. The article was first published in the Arizona Silver Belt on November 16th, 1895, titled “Prehistoric Egyptian Giants.” The following was taken from the article:
“In 1881, while studying the ruins of an ancient Isis temple on the banks of the Nile, 16 miles below Najar Djfard, prof. Timmerman discovered a row of tombs where some prehistoric race of giants had been buried.” The length of the most little skeleton found during his excavation was seven feet and eight inches in length, meanwhile the most enormous estimated eleven feet and one inch. There were numerous memorial tablets uncovered, but there was no evidence that they were in the memory of men of extraordinary size. The graves are thought to have been built in 1043 BC.”

Giant mummified finger
Gregor Spörri, a businessman who owns a Swiss nightclub, shot many images of a big mummified finger in the late 1980s, according to the German newspaper daily BILD.de. The owner was a retired tomb robber who lived in Bir Hooker, about 100 kilometers from Cairo, near Sadat City. 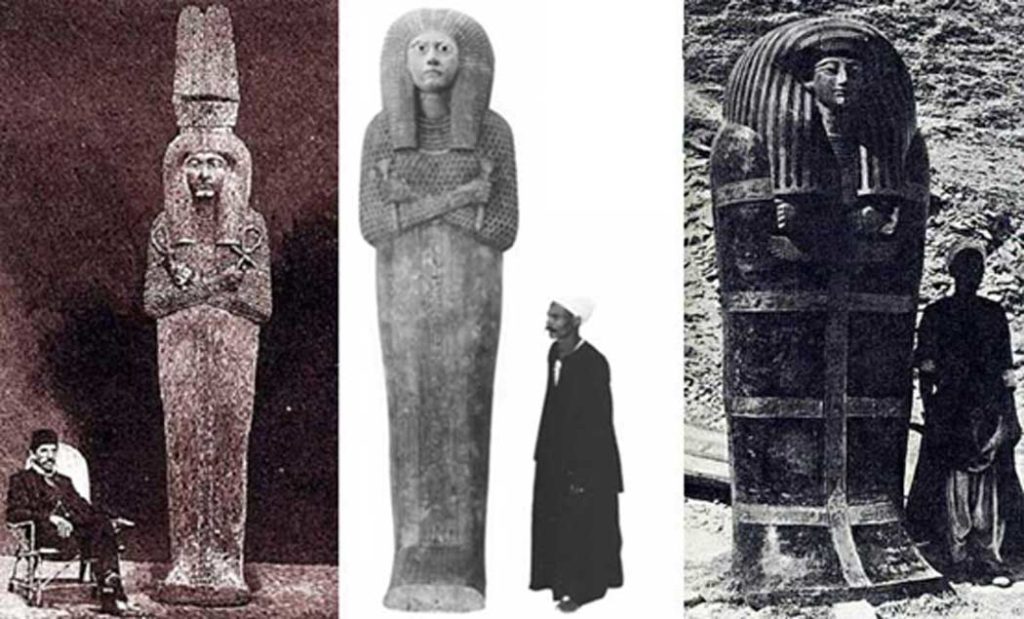 The finger was 35 cm long, indicating that it belonged to someone who stood well over 4 meters tall. However, this discovery was only made public in 2012, 24 years later, and it has remained unofficial since then. The finger, according to Spörri, was discovered 150 years ago and had been in the owner’s family, who took the time to X-Ray it to ensure its authenticity. To learn more about the Egyptian giant mummified finger, see this article.

According to some experts, Giant coffins are proof of giants in Egypt. Maybe they built them larger than necessary to dazzle others or demonstrate to the gods in the afterlife that they were of royal blood. On the other hand, a few historical descriptions of gigantism, including Egypt. Gigantism could be seen in several enormous skeletons and mummies. However, several claim that there is no evidence of pituitary. 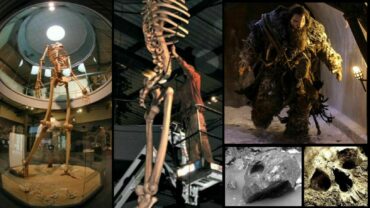