In Peru, near Lake Titicaca, there is a fascinating stone carving known as “Aramu Muru,” or “Gate of the Gods.” This abandoned Inca site is regarded as one of South America’s most mystical and enigmatic locations. Aramu Muru is surrounded by various legends and beliefs. On a huge protrusion of red sandstone, some people refer to it as a spiritual doorway. Others believe it is an alien structure and perform rituals, meditate, and consider it to be a sacred location. 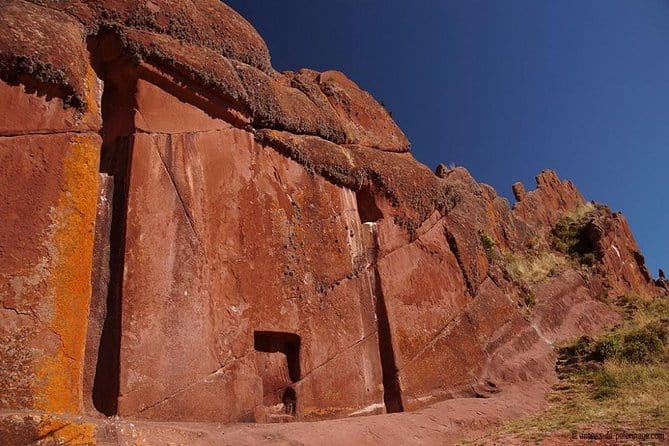 While exploring the Peruvian countryside in the 1990s, a mountaineering guide called Jose Luis Delgado Mamani came to found this magical place. The Incas created Aramu Muru, a 7-meter tall stone-cut alcove. At the bottom of the stone, a trapezoidal depression has been carved. Tourists who visit the site frequently comment that the stone appears to be a doorway whose construction was never completed when viewed from a distance.

In his book “Secret of the Andes,” American author George Hunt Williamson, who penned several volumes on mysticism, wrote of a mystery priest named Amaru Muru. The priest, he claimed, was the guardian of old wisdom and the representative of the mystical continent “Mu,” which had vanished. He carried Lemurian sacred books as well as a “Golden Sun Disk” that could heal people. He once attempted to flee the Spanish conquerors to hide the disk and was successful, fleeing through this gate in the Hayu Marca highlands. He is thought to have entered another planet through this portal and never returned.

“Tall men followed by bright balls of light walking through the doorway,” the locals regularly say. Jerry Willis, a paranormal author, claimed to have passed via this portal. 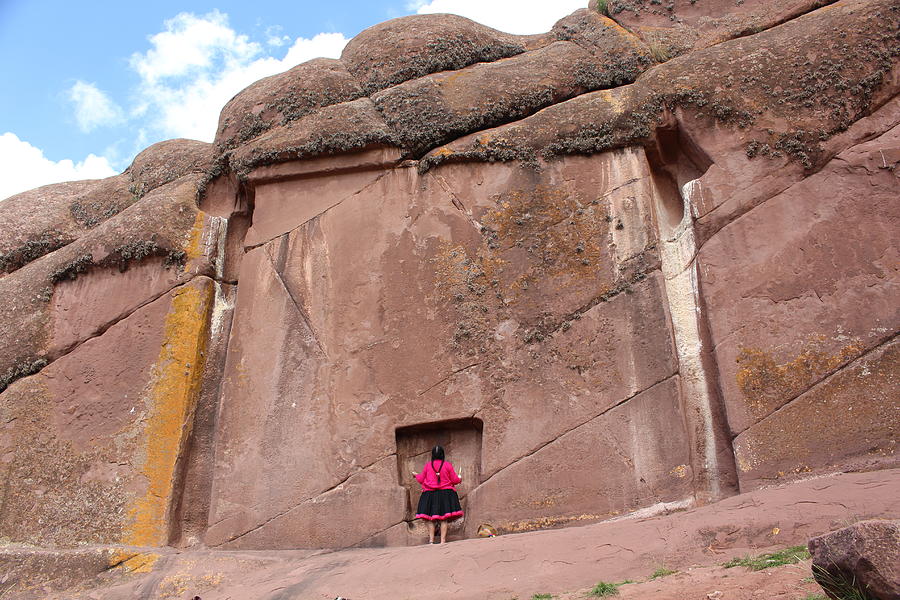 It should be emphasized that there is no information available about Amaru Muru’s originator or purpose. Nonetheless, there are a few intriguing details that should be at least considered.

A stone building known as the “Midas Monument” in Eskişehir Province, Turkey, is about 12,000 kilometers from Aramu Muru and bears a striking resemblance to that stone gate. Brien Foerster, an author, an adventurer, believes that both ancient constructions could have been built by the same person because he could traverse such a large distance.

Of fact, the reality behind this stone engraving remains a mystery, and rumors surrounding it may stem from George Hunt Williamson’s book “Secrets of the Andes.” Pilgrims who visit this site daily honestly think that the portal leads to other worlds. They narrate tales of strange disappearances involving either more fortunate or less lucky coworkers. People meditating here see figures with long robes leaving and entering the portal, as well as the glow emanating from it, and have strange visions and sensations.

Is Amaru Muru truly a portal to another dimension? Is it possible that the Turkish monument and Amaru Muru were created by the same person? The answers to these inquiries are lost to time, but one thing is certain: the Gate of the Gods is one of South America’s most mystical locations. 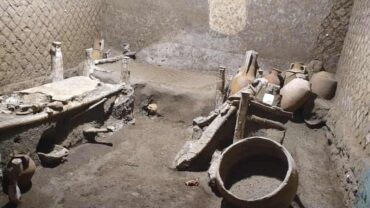