In White Sands National Park, the first footprints were discovered in a dry lake bed in 2009. Scientists from the US Geological Survey recently studied seeds trapped in the prints to estimate their approximate age, ranging between 22,800 to 21,130 years ago.

The discoveries might help scientists solve a long-standing puzzle: when did people first arrive in the Americas after spreading from Africa and Asia?

Most experts think that prehistoric migration took place across a now-submerged land bridge between Asia and Alaska.

Other academics have proposed a variety of plausible dates for human presence in the Americas, ranging from 13,000 to 26,000 years ago or more, based on varied evidence such as stone tools, fossil bones, and genetic analyses. 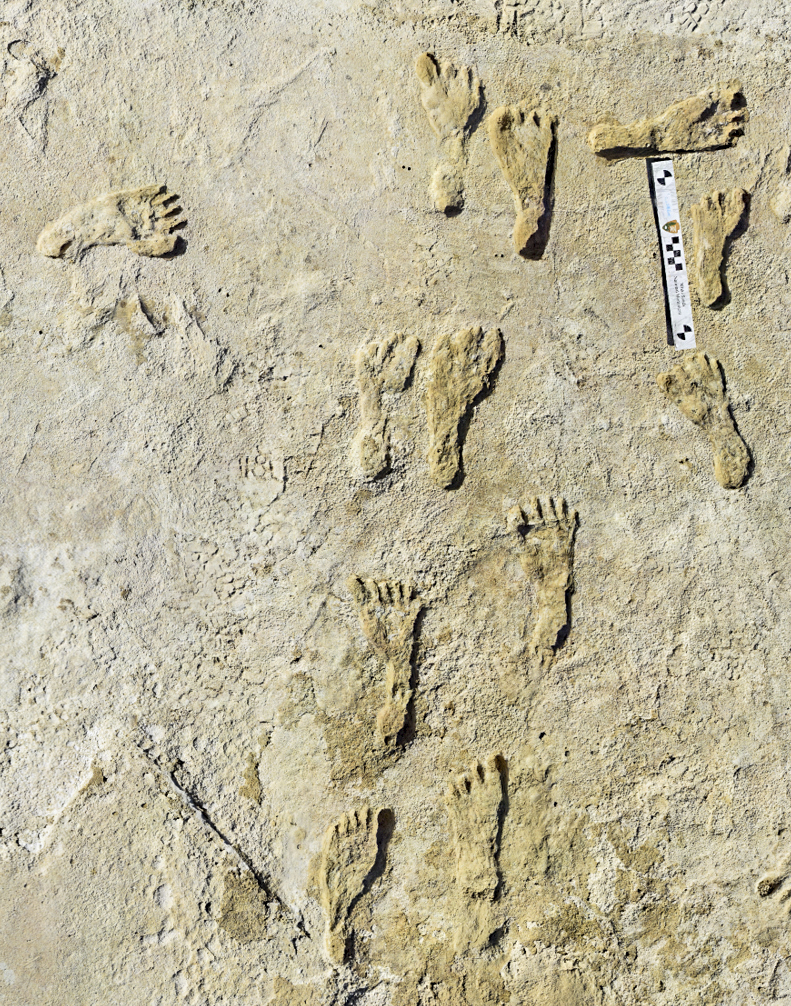 This undated photo made available by the National Park Service in September 2021 shows fossilized human fossilized footprints at the White Sands National Park in New Mexico. According to a report published in the journal Science on Thursday, Sept. 23, 2021, the impressions indicate that early humans were walking across North America around 23,000 years ago, much earlier than scientists previously thought. (NPS via AP)

According to the scientists, the present study gives a more firm basis for when humans first arrived in North America, albeit they might have come much earlier.

In the journal Science, which published the discovery Thursday, they stated that fossil footprints provide more undeniable and direct evidence than “cultural objects, modified bones, or other more typical fossils.”

“We have here is proof of a precise time and location,” they explained.

The footprints were discovered in the mud on the banks of a long-dried-up lake that is now part of the New Mexico desert.

Sediment filled the indentations and cemented them into rock, conserving the remains of our forefathers and providing scientists with a thorough look into their lives.

Researchers assume that at least some of the tracks were created by children and teens during the last ice age, based on their size.

The research authors wrote, “Many tracks appear to be those of teens and youngsters; huge adult footprints are less common.”

“Children accompany teens, and they leave more footprints as a group.”

In 2009, the park’s resource program manager, David Bustos, discovered the first footprints in ancient wetlands. Over time, he and others found more in the park.

“We knew they were ancient,” he said Thursday, “but we had no method of dating the prints till we discovered several with (seeds) on top.”

The footprints, which are made of fine silt and clay, are delicate, so the researchers had to work swiftly to collect samples, according to Bustos.

He explained, “The only way we can conserve them is to capture them – take many images and construct 3D models.” 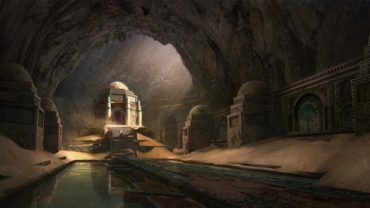