The idea that the Moon is hollow on the interior isn’t new. H. G. Wells (1866–1946), recognized as the “Father of Science Fiction,” wrote of an epic journey to the Moon in his 1901 novel “The First Men in the Moon.” The novel’s characters are taken aback when they discover that the Moon is not what it appears to be from Earth. It is, in fact, hollow and home to a weird extraterrestrial culture. For a work published in 1901, such fantasies were quite daring. The hypothesis of a hollow moon was further refined after people saw the Moon more than 60 years later.

What caused this to happen? Several seismographs were placed on the lunar surface by astronauts during lunar landings. These devices are used to record vibrations and movements. Seismographs were left on the lunar surface to collect data on the Moon’s activity. The sensors used on the Apollo 11, 12, 14, 15, and 16 missions communicated data to Earth through a radio channel until 1977, when they were switched off due to financial constraints. 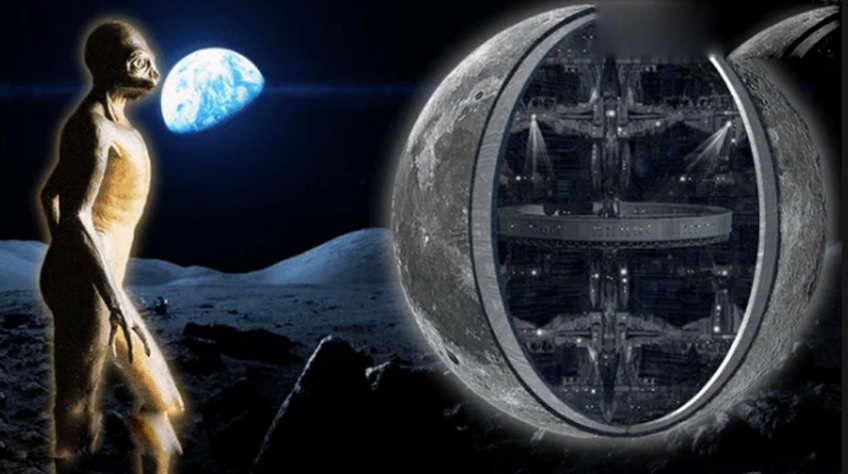 The last few minor moonquakes have led to the theory of a hollow moon. According to legend, the Moon “rang like a bell” during these events. Following the Apollo 12 mission, this statement was frequently used. During its implementation, the 2.5-ton take-off stage was deliberately dropped on the lunar surface.

Seismologists were taken aback by the length and severity of the seismic disturbance created by the shock. They heard powerful signals that lasted more than an hour and a half after the accident and weaker signals that were captured less than an hour afterward. It’s hardly unexpected that some folks arrived at the correct conclusion based on this information. They believe the Moon is not as solid as mainstream science states.
Some of the twentieth century’s most eminent scientists have claimed that the Moon is an alien spaceship. Vasin-Shcherbakov’s theory is what it’s called.

The Moon was suggested to be an artificial hollow satellite of the Earth, placed in near-Earth orbit by extraterrestrials, in a 1970 paper by Mikhail Vasin and Alexander Shcherbakov. Vasin and Shcherbakov were members of the Academy of Sciences of the Soviet Union. The article, however, was not published in a scientific journal but rather in a Sputnik publication. It was like a literary digest from the Soviet Union. 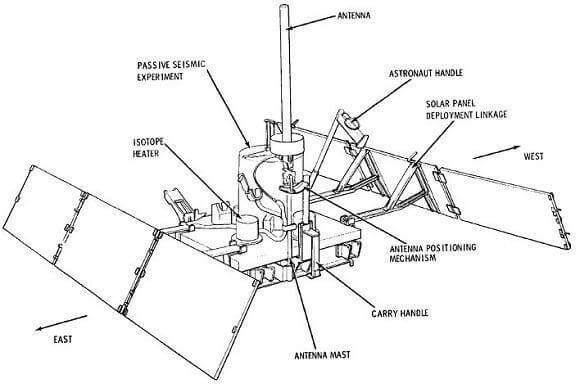 In their article, the scientists did not say who or what launched the artificial satellite into Earth’s orbit. It essentially detailed the ingredients that make up the Moon. They had to be able to survive high heat and cold and be durable enough to withstand meteorite hits.

Furthermore, they posed other issues concerning the Moon’s creation that were difficult for other scientists to address. They received a lot of backlash for doing so.

According to Cornell University’s Suniti Karunatillake, there are at least two methods for determining mass distribution throughout a body. The first entails a moment of inertia parameters, whereas the second involves seismic readings. “One such measure, the normalized polar moment of inertia, is 0.393+/-0.001, which is quite near to that for a solid object with a radially constant density (0.4; for comparison, Earth’s value is 0.33),” Karunatillake said of the former. In terms of the latter, he points out that, aside from Earth, the Moon is the only planetary body on which substantial seismic studies have been done. These findings have restricted the thickness of the Moon’s crust, mantle, and core, indicating that it is not hollow. Karen Masters of the University of Portsmouth believes that we can establish the Moon’s mass based on the behavior of things interacting with its gravitational field. We can determine the density of the Moon based on its observable size, which strongly refutes the idea that it is hollow.

Massive machines were employed to melt rock and construct long caverns within the Moon, spreading the molten debris onto the lunar surface, according to Shcherbakov and Vasin. They said that the Moon was preserved by a hull-like inner shell and a reconstructed outer shell of metallic rocky trash. This massive vehicle was eventually maneuvered through space and placed in orbit around our planet.

The two scientists provided scientific evidence to support their claims. Some lunar rocks, they claimed, included processed metals like Brass and the elements Uranium 236 and Neptunium 237. Surprisingly, none of these can be found in nature.

The Moon was erected far away to keep a watch on humanity and as a vehicle to roam the Universe, according to Zulu and other native African stories. The Moon is said to be the Reptilians’ “Giant Mother-ship,” and it is from there that they escaped the cataclysms of the “Great Flood,” which they brought about by manipulating The Moon and other cosmic events.

Women and Mpanku, according to tradition, stole the Moon from a giant fire dragon and brought it to Earth. They are believed to have removed the ‘yolk’ from the egg-like satellite before sending it in orbit around the Earth. Previously, the globe was supposed to be wrapped in a veil of watery mist, which began to shower down on Earth after the Moon entered orbit.

“It seems easier to explain the non-existence of the Moon than its existence,” remarked former NASA scientist Robin Brett, who was one of the first to investigate and direct studies on moon rocks. Furthermore, scientists estimate that the Moon is about 800,000 years older than the Earth, which poses several problems. 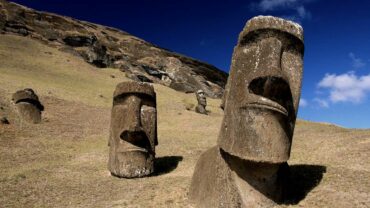