The Kummakivi Balancing Rock is a natural feature in Ruokolahti’s picturesque woodland region, part of the South Karelia region in Finland’s southeast. Two rocks positioned precariously on top of the other make up this feature.

Even though the upper rock appears to be ready to fall at any moment, it has not. Furthermore, the stone would not budge even a millimeter if a human applied force to it.

Kummakivi Balancing Rock is an oddity.

“Kummakivi,” the Finnish word for “weird rock,” is the name of this balancing rock. This unique geological formation is made up of two rocks. A spiral mound shape may be seen on the bottom stone. It’s a smooth, convex surface that’s implanted in the ground. 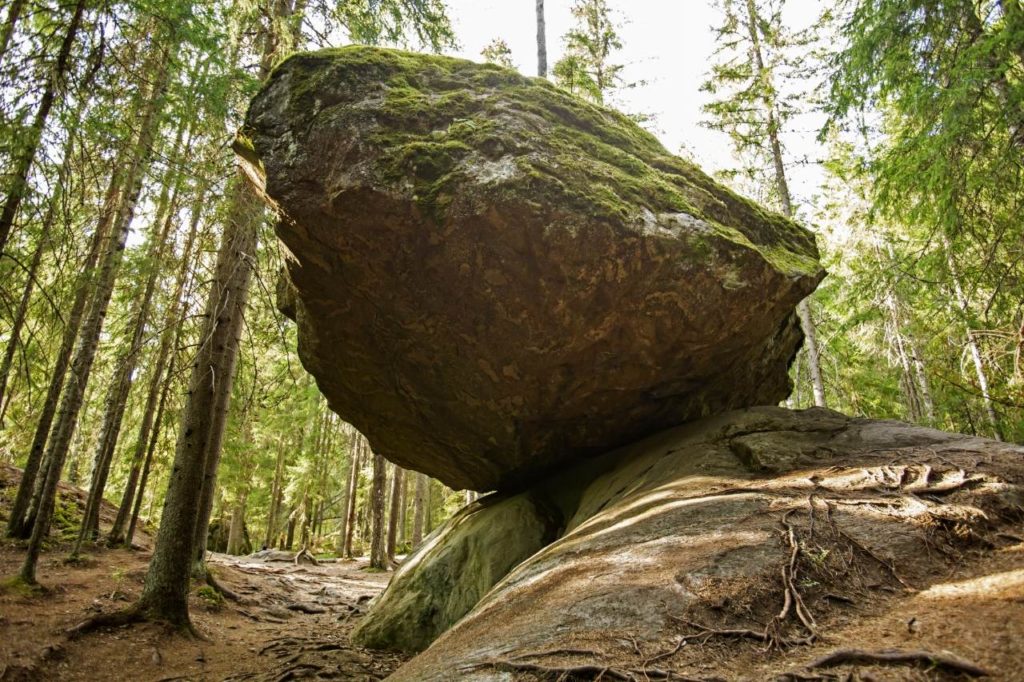 On top of this bedrock, another large rock, roughly 7 meters long, lies (22.97 ft). The point of contact between these two rocks is tiny, and the upper stone appears to be doing an impossible balancing act.

Anyone first encountering the Kummakivi Balancing Rock would probably anticipate the upper rock to fall at any moment. Regardless, the boulder is firmly connected to the bedrock and has never been knocked over (or even slightly moved) by a human.

The ancient inhabitants of this region were most likely perplexed by the sight of this natural wonder. They sought to explain how this balancing rock came to be in such a perplexing position. The Kummakivi Balancing Rock was most likely moved by this group of persons using their own hands.

When they learned that the physical force they used to move the boulder had failed, they assumed a supernatural power had driven it.

Both supernatural and scientific explanations have been proposed.

Finland’s folklore is full of supernatural creatures like trolls and giants. The physical strength of such animals is said to be significantly greater than that of a regular mortal. Furthermore, rocky terrain has been connected to some of these organisms. In Finnish mythology, a heist (plural: hidden) is a giant thought to live in rocky settings.

According to Finnish tradition, such beings are said to fling rocks around, make cairns, and carve weird holes in rocky outcrops (which are believed to have been used by these giants to churn milk). According to local legend, a giant/troll brought/rolled/threw the Kummakivi Balancing Rock there.

On the other hand, geologists have presented an alternative theory for the Kummakivi Balancing Rock’s development. The enormous rock is supposed to have been transported there by glaciers during the last glacial epoch. Around 12,000 years ago, when the glaciers receded from the area to the north, this rock was left behind and became known as the Kummakivi Balancing Rock.

The Kummakivi Balancing Rock isn’t the only balancing rock globally (also known as a problematic boulder). Such stones have been unearthed in several countries worldwide, each fascinating narrative. In India, there is a balancing rock called ‘Krishna’s Butter Ball,’ which refers to the Hindu god Vishnu’s incarnation. 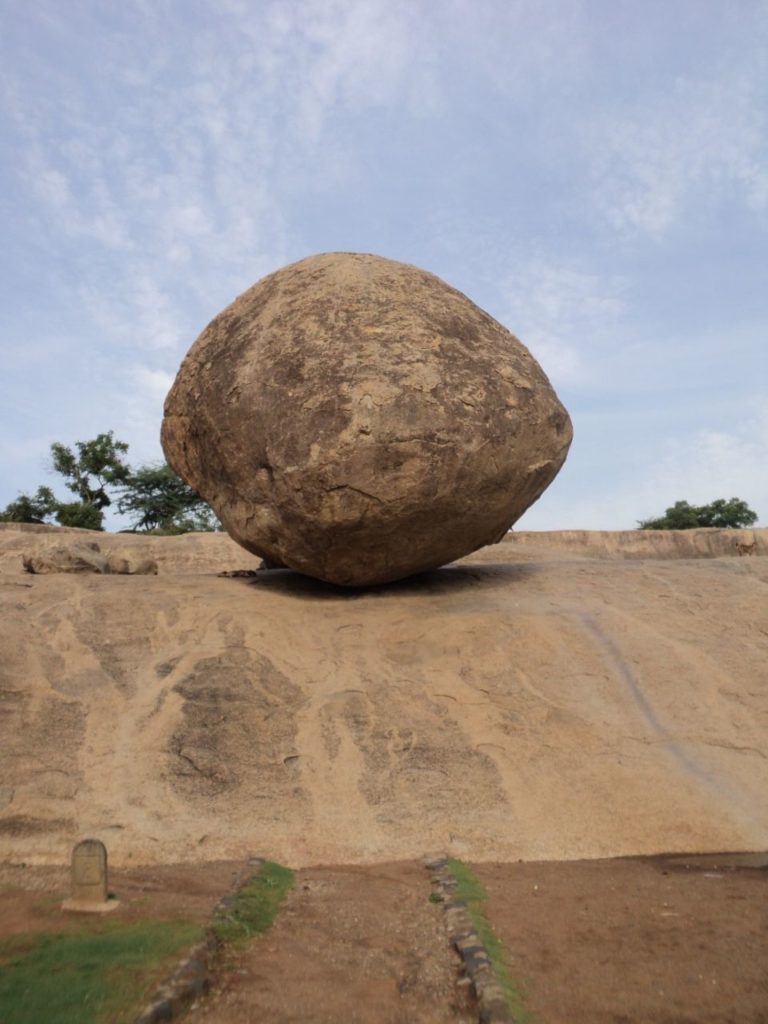 In addition to amusing people with exciting narratives, balancing rocks have been used for more scientific purposes. Researchers in the United States, for example, have used balancing rocks as a type of natural seismoscope. While such gems can’t tell us when earthquakes happened in the past, they can tell us that big enough earthquakes haven’t hit the region to cause them to crumble.

The amount of force necessary to move these rocks can provide information about the magnitude of prior earthquakes and the frequency and intervals of large earthquakes in the area, all of which are important for probabilistic seismic hazard assessments. To put it another way, balancing rocks could save lives!

Finally, the Kummakivi Balancing Rock is a beautiful natural sight. While ancient peoples attributed its creation to mythological giants, modern science today has a better explanation.

The importance of this feature has been recognized, and it was awarded the protected status in 1962. Furthermore, in the United States, balancing rocks have been used for seismic investigations and could utilize this balancing rock for a similar purpose in the future. 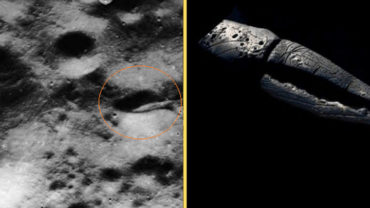